***The following story is the revised version of the article published in the Roundup May 14, 2008.***

OUR VIEW | The government needs to reform the current G.I. Bill to meet 21st century needs.

Hundreds of thousands of men and woman serve our country in the military and give a portion of their lives, sometimes making the ultimate sacrifice, to protect us and our freedom.

It’s time we give something back to the veterans, of which there are approximately 140 attending Pierce College – a reformed G.I. Bill.

A new bill, called the “Post-9/11 Veterans Assistance Act,” is being proposed by Sens. Jim Webb (D-Va.) and Chuck Hagel (R-Neb.), asking the government to reform the current G.I. Bill to near post-World War II standards, according to Webb’s home page.

The bill would give post-9/11 veterans a well-deserved boost to their educational benefits, as long as they have served for three consecutive years of active service.

The White House and Sen. John McCain (R-Az.), a veteran himself and a Vietnam prisoner of war, oppose the new bill in its current form. They feel the extra annual cost of approximately $2 billion on top of its current cost of about $2.5 billion, is too much.

Yet, this is roughly what the government spends during one week of war in Iraq, according to an article in The Huffington Post.

It is unacceptable that fellow Americans serve our country, and then have to fend for themselves to receive a higher education.

On average, the current G.I. Bill covers only about half the cost of most public four-year colleges. The maximum benefit available to veterans is $9,675 yearly, according to the Web site, The Campaign For a New G.I. Bill.

This is not nearly enough to cover all of their expenses for college, which the government should subsidize.

Webb’s proposal would raise the total amount paid annually to veterans for educational assistance to $22,000. This would help them pay for the full cost of a public four-year college and have some money left over for housing and living expenses.

Other portions of the new bill aim to improve the health care situation by calling for increased spending for post-9/11 veterans.

Out of 300,000 veterans who have returned from Iraq and Afghanistan, almost 20 percent of them report that they have symptoms of post-traumatic stress disorder or major depression, according to a recent study done by the RAND Corporation.

Those who have served during the War on Terror, in their early- to mid-20s, have the highest suicide rate of all veterans, according to an investigation done by CBS News. This is a disturbing statistic.

As of yesterday, the bill has 55 supporters out of 67 needed in the Senate and 287 out of 290 needed in the House to pass the bill, even if President Bush decides to veto it.

We urge everyone to write, call or e-mail the your local representatives and McCain and ask them to support, or keep supporting the “Post-9/11 Veterans Assistance Act.” (For additional information on contacting your senator or House representative in your area, please see the box below.)

Even if you don’t support the war in Iraq, please support our troops. They have given so much to our country and our freedom. Let’s give something back to them.

List of Senators and Representatives that support the new G.I. Bill…….www.gibill2008.org 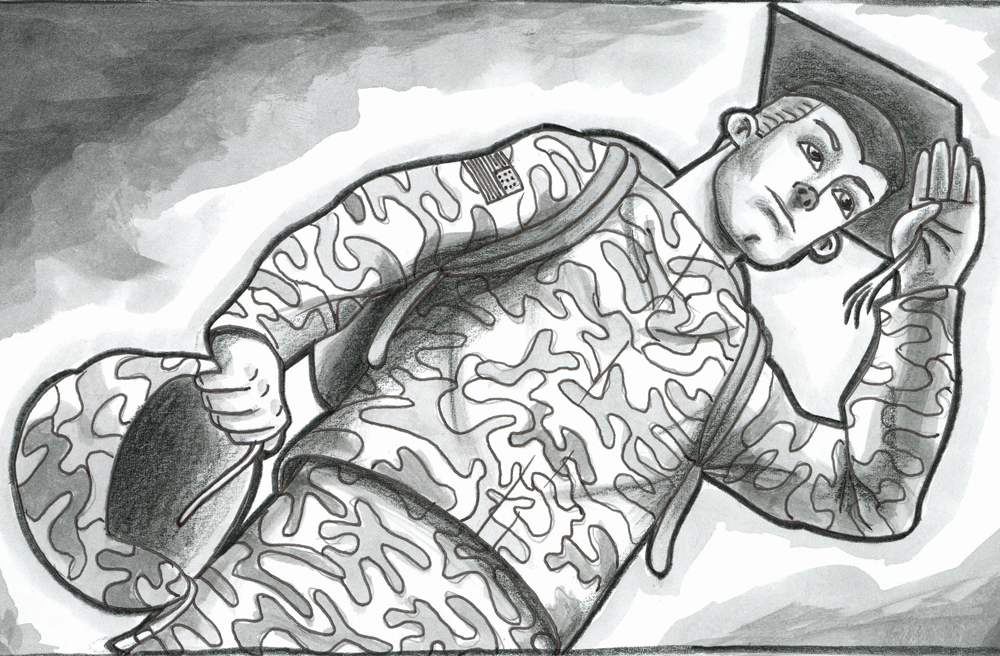 Con: Hamburgers with a side of COVID-19