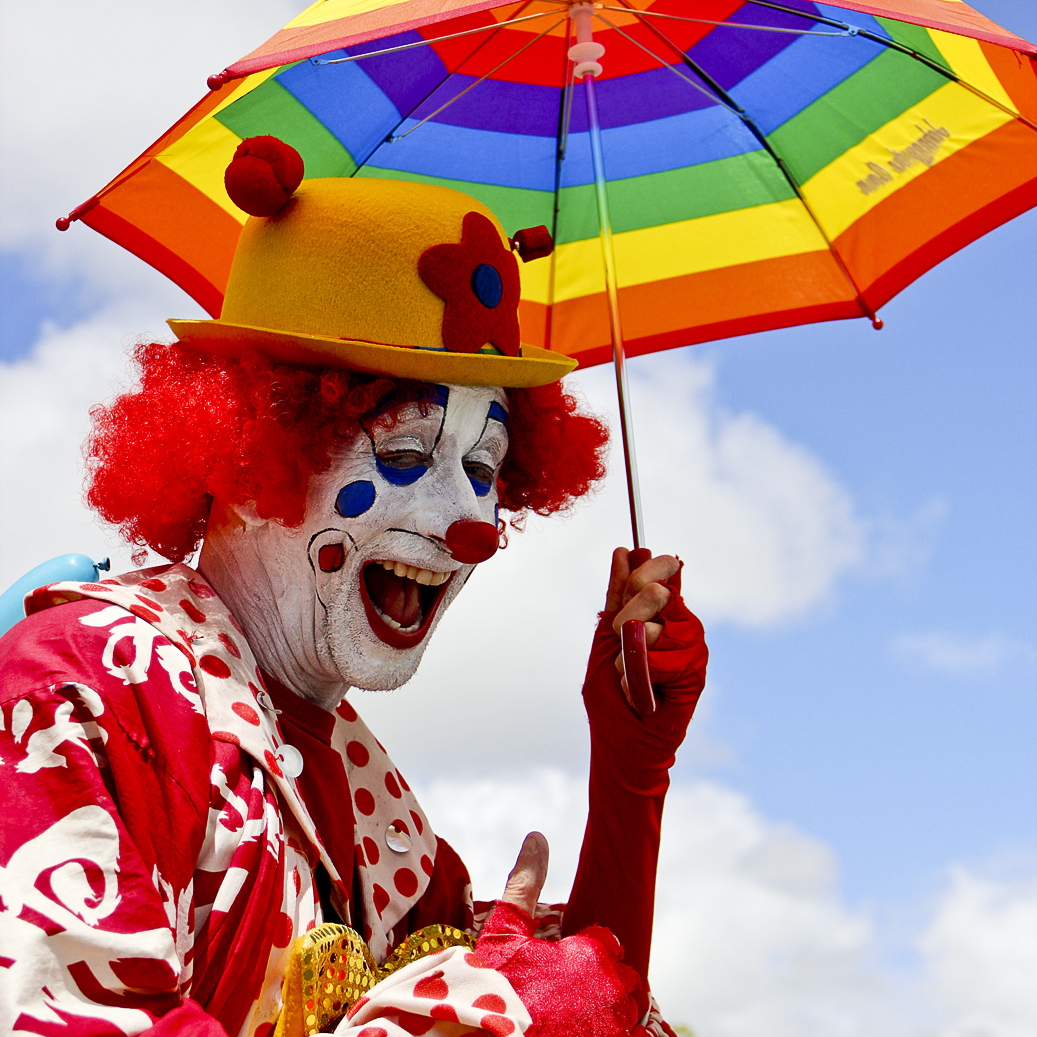 Pierce College is home to another film shoot this week as trailers are set up in Parking Lot 5, near Shepard Stadium.

The parking lot here is not the actual home for the filming, which will be at a nearby house. They are only using the parking lot as a home base for the cast, crew and trailers.

“We are taking all of your parking,” Frank McCord, production assistant, said. “The students here really hate us.”

They will only be taking up parking spaces for today, according to Kat Hess, assistant director.

The film they are making is a comedy. It will be a parody take on all the paranormal movies that have recently been released, John Starr, background actor, said.

Starr, face painted and dressed in a colorful clown attire, works for Central Casting and has so for many years.

“I was sitting behind John Travolta in ‘Welcome Back, Kotter’,” Starr said. “ I’ve been around for a long time.”

The cast and crew did not wish to give away parts of the plot, but were willing to say that the films working title is ‘Tick Tock.’

Crowd gathers to protest in the San Fernando Valley