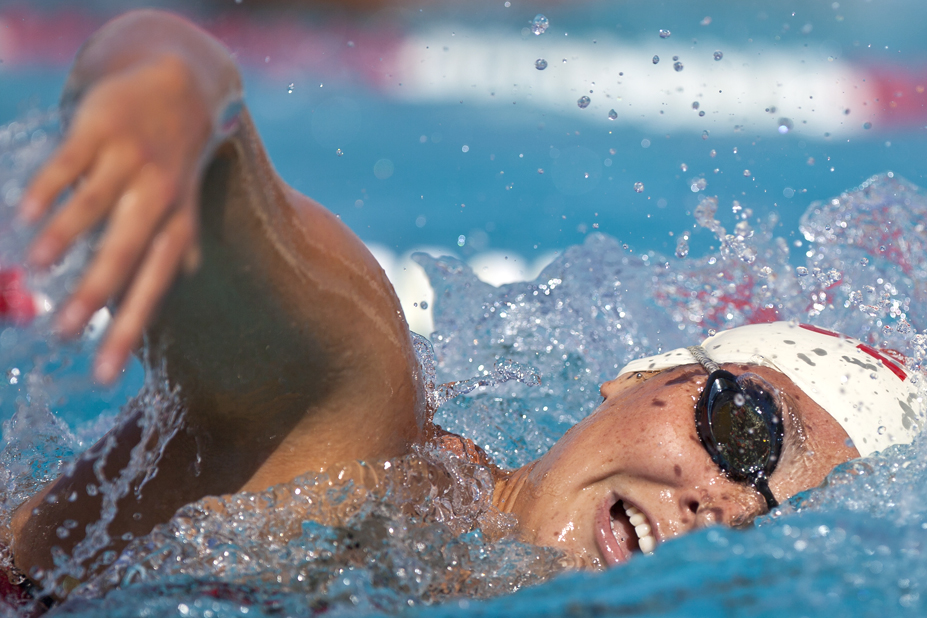 Pierce College swimmer Samantha Elam has won Western Conference Athlete of the Year in 2011, has qualified for State Championships in three different events this year, and is currently training for the 2013 Deaf Olympic Games.

She won the 500m freestyle, the 1650m freestyle, and finished second in the 200m freestyle at the Western Conference in Bakersfield two weeks ago, qualifying for the State Championships meets in East Los Angeles in all three events.

Yet, this year has not been carrying out as she had initially hoped in comparison to last year. “This past season has not been as good as my previous one. Last year I accomplished so much in one year that I felt kind of burnt out this year,” Elam said. “I haven’t really felt in shape this whole season and it definitely showed.”

During conference championships, Elam kept her scores similar to those of last year, but not being close enough to gain her title of Athlete of the Year, which went to fellow swimmer Laura Hagopian.

“Sadly I wasn’t named conference swimmer of the year two years in a row but I am lucky enough to be runner up,” she said. “I was just glad I was passing my title to Laura my teammate and not to someone on a different team.”

At the same time she remains positive and is excited for what is to come.

Currently majoring in Child Development and deciding what university she would like to transfer to.

She knows one thing, when she comes up with her decision; she wants to swim for her future school.

In fact Elam has been swimming for over 13 years, beginning at the age of six.

Later switching to Rattler Swim Club her junior year in High School, up until last the fall semester when she attended Pierce College.

“Swimming is definitely one of my passions. I honestly do not know what I would be doing without it, It’s definitely a love-hate relationship but I couldn’t see myself doing anything else but swimming,” she said.