Actors jump, crawl and scramble across the stage, dodging carpets and pillows scattered across the floor.

The Performing Arts Department is putting on its final production of the semester, “Arabian Nights.” The story focuses on King Shahryar (Asif Baig) and his new wife Sheherezade (Sharai Bravo).

Within the first few minutes of the play, King Shahryar’s first wife cheats on him and he kills her. Out of spite, he vows to marry and kill a woman the day after he marries her out of anger. Wazir’s daughter Sheherezade is betrothed to Shahryar, and he vows to kill her as he did all his previous wives.

Sheherezade convinces Shahryar to listen to a tale before she dies. This continues every day until she has told all the tales. There are narratives within stories. The play has 21 individual characters and each actor has multiple roles.

The play is directed by Shaheen Vaaz, who has the actors and actresses get into character by feeling the space on the stage and saying lines while walking the area. 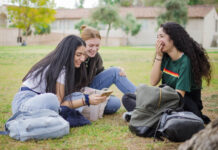 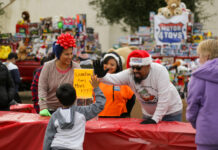 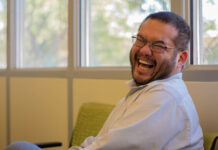