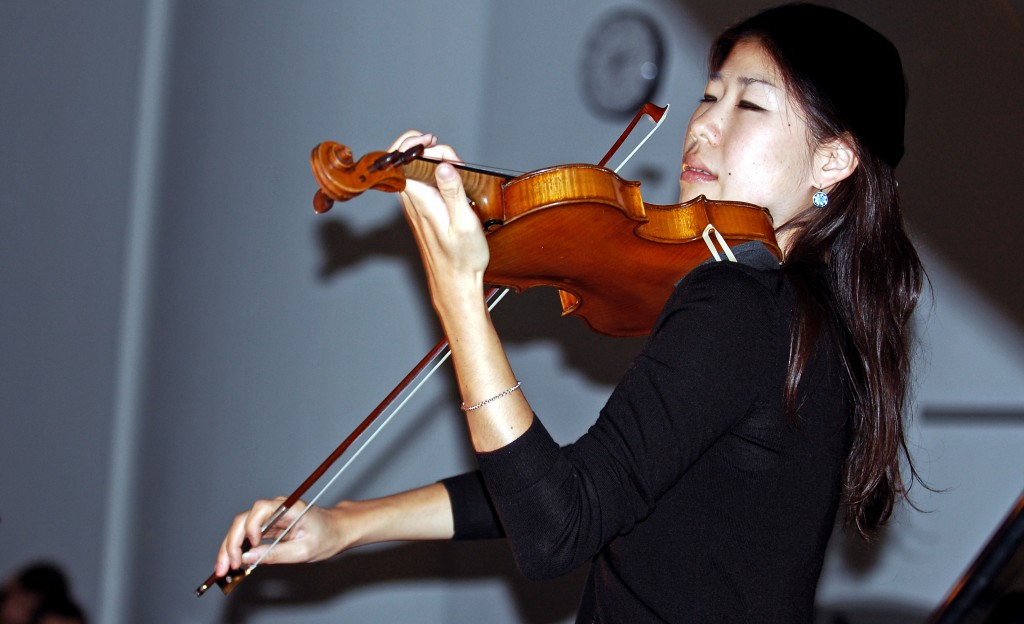 Bewitching melodies were floating through the air while violinist Ji Young An played as a part of the Pierce College afternoon concerts series Wednesday in room 3400.

Young An was accompanied by pianist Henry Shin, who is currently finishing his doctoral studies at the UCLA Herb Alpert School of Music.

The two musicians played four captivating pieces by composers of the Classical and the Romantic period.

Young An introduced every piece before playing it by describing the composer of the piece, the era during which it was composed, and explaining the messages that the different notes send.

One key can sound luminous, while another sounds angry, she said.

“I love sharing emotions and views of the world with others through the music,” Young An said.

Young An spoke about the colors and emotions music can show, and the meaning it has, as the students sat still listening to her every word.

“It was crazy how fast her fingers were moving,” said Alisa Galper, a Pierce College  student who was exposed to classical music for the first time at the concert.

She is specifically passionate for chamber music, a type of classical music normally written for a small group of instruments.

Young An has performed in several music festivals in Europe, performed as a soloist and chamber musician in Austria, Italy, Norway, and England. She recently received a full scholarship from UCLA for her Master’s and her DMA studies.

“She had a lot of emotion on her face. I was impressed,” said Kayla Karimi, a Pierce College student.

The next Pierce College afternoon concert, played by cellist Ruslan Biryukov, will take place Oct. 13 at 12:45 p.m. in room 3400.