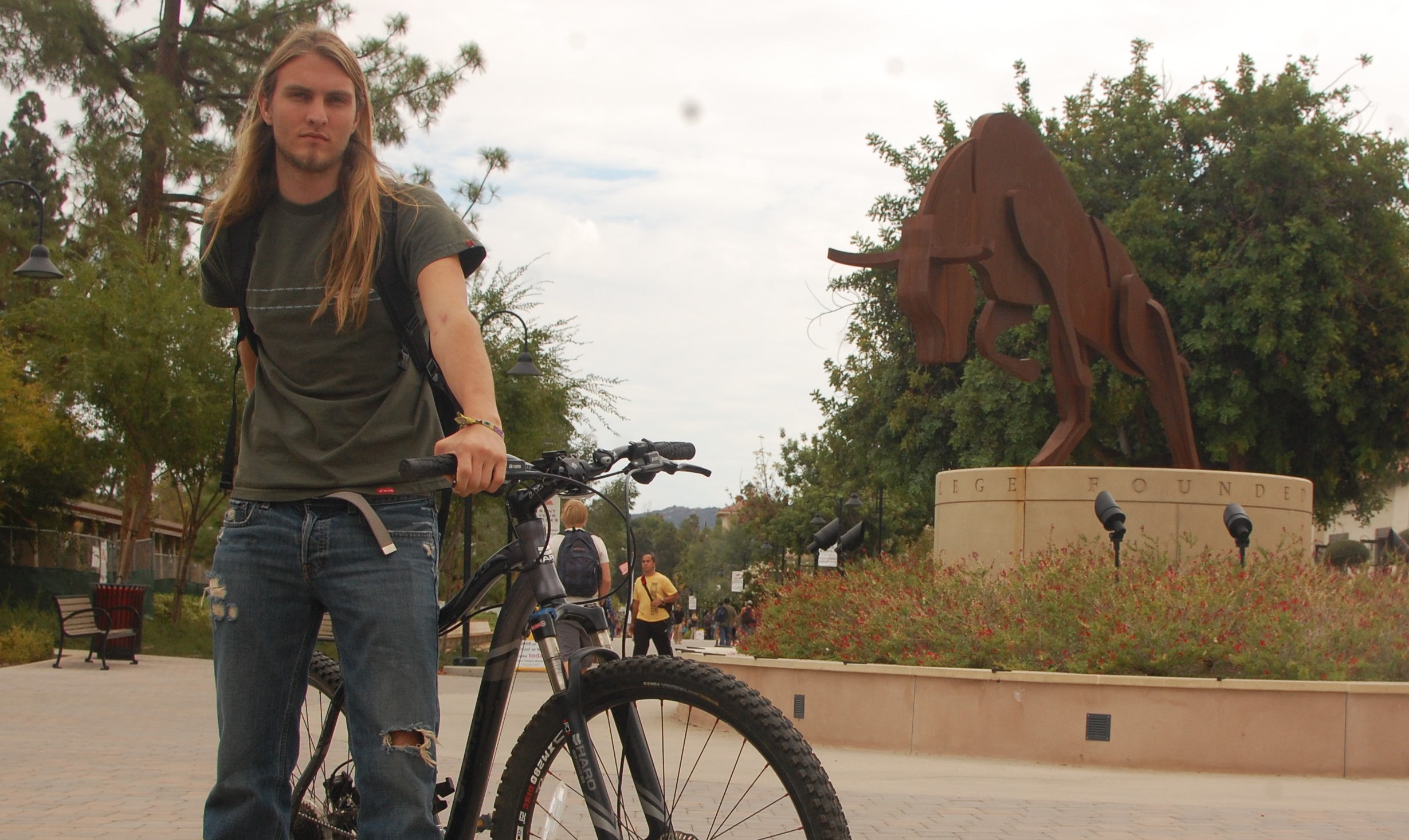 It is illegal to ride a bike on most parts of the campus, including the Mall, or to even bring a skateboard to school, according to a document signed in 2007 by Pierce College’s former president.

Not all students know that it is illegal to ride a bike on most parts of the campus, or to ride a skateboard anywhere on campus.

A document signed in 2007 by Pierce College’s former President Robert Garber and former Vice President of Administrative Services Kenneth B. Takeda states that, “No bicycle riding is permitted on pedestrian sidewalks and mall walkways,” and that, “skateboards are not permitted at any time on the campus.”

The law addresses safety issues, according to Larry Kraus, Pierce’s Associate Vice President of Administrative Services. Bicyclists and skateboarders were “just not paying heed to our pedestrians,” he said.

Students were “parking their bicycles in the alcoves next to the classrooms, chaining bikes to poles, and bikes were sticking out into the walk patters and tripping students,” he said.

“We really do not want to have skateboarders on the campus,” said Kraus, who had a recent run-in with an out-of-control skateboarder.

Skateboarders, he said, make a loud “clickety-clack sound” as they skate throughout campus, and that campus property like the waxed-up planter in front of the Business Education Building has been ruined by skateboarders.

Signs are posted at all of the campus’ main entrances, but students are still largely unaware of the law.

“I knew you couldn’t do it, but I didn’t know it was illegal,” said Matt Weidman, 18, a physics major. “I don’t think it should be a ticketable offense.”

Some students believe there should be more done to advertise the rule.

“They should make it much more evident and clear, so if you get a ticket it would be fair. I have not seen a sign.” said cyclist and student Siddhartha Tague, 21, undecided major. “I’ve ridden by the cops many times. They’ve never done anything, so I just assumed it was legal, or that they just don’t care.”

Not all students have been so fortunate with campus law enforcement.

“They stopped me last time I was biking down [the Mall],” said Christian Garcia, 17, a double major in mechanical and aerospace engineering.

He’s been stopped by campus law enforcement personnel twice, once while bicycling and once while skateboarding, according to Garcia.

“They just told me to stop,” he said, pointing out he has never been cited.

Some students say they rely on their bicycle or skateboard to get to class on time.

“They better take the law off. I don’t wanna be late for class. It’s the only way I can get there in time,” said Gabriel Malapitan, 19, a nursing major. “People skate here all the time. So I was, like, whatever.”

It is still unclear exactly why the rule is being ignored by so many students.

“I think it’s unfair,” said long boarder Silvano Cardella, 24, a finance major. “It’s so much nicer to go to class with a long board.”

Some, like Faviola Rivas, 20, a pre-veterinary student, are aware of and adhere to the law.

“I never ride my bike [on the Mall]. You could run somebody over,” she said. “There’s so many people going by.”

Campus police have not reported any accidents thus far this semester.

Stay up to date at www.theroundupnews.com.