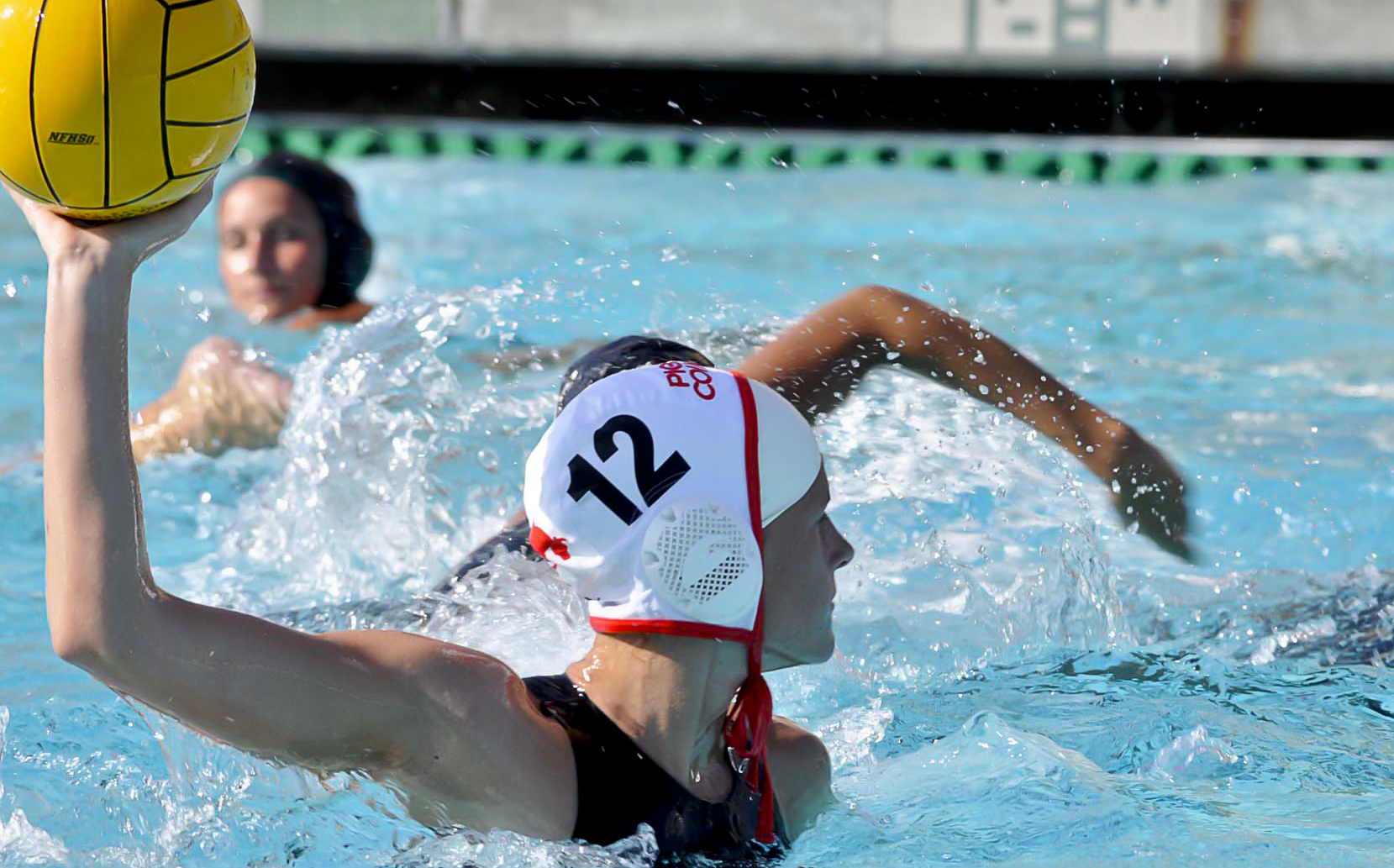 The match, played at L.A. Valley College’s Aquatic Center, was won 8-6 by Pierce despite several lapses by the team, according to head coach Moriah Van Norman.

“I thought we were more prepared and it turns out we weren’t,” said Van Norman after the game. “The girls didn’t play that well today.”

From the start, Pierce’s defense allowed for the Monarchs to get in scoring position as Valley College scored in the first minute of the game and led 4-3 at halftime, much to the displeasure of Coach Van Norman.

“We’re not pressing to steal…we need to counter on this team,” said Van Norman during a short break in the game. “They’re out-swimming us every possession.”

Although Pierce took multiple shots on the goal in the first half, a majority of the attempts were blocked by the Monarch’s freshman starting goalie Mariquita Lopez Engelman.

However, in the second half the Brahmas outscored Valley College 5-2, to which Coach Van Norman credits the switch of goal positions.

“The sun was a huge factor,” said Van Norman. “I knew once we switched and the sun was in their goalie’s eyes we’d be better.”

As Pierce’s offense attacked the Monarchs’ defense in the second half, freshman attacker Maggie Kurzeka praised the team’s mental approach.

“We kept our head up high and kept playing,” said Kurzeka after the game. “Coach kept us in the game and we never gave up.”

Kurzeka’s thoughts were echoed by her coach as Van Norman gave credit to her team’s effort in pulling out the win despite playing from behind in the scoreboard.

“Mental toughness played a part in us winning today,” said Van Norman. “The only positive was the game was everything but perfect and our girls were still able to win.”

Although the team holds a perfect record, Coach Van Norman noticed several errors by her team with conditioning being a factor.

“The team is tired and some people got lost in the shuffle,” said Van Norman. “We need to stay mentally focused the whole game, follow the game plan and even when you’re tired execute and be a contributing member.”

As the season progresses, the team looks to carry the winning streak into the next game and take it day by day.

“We got to keep winning every game to win conference so we’re tying to play as best as we can,” said Kurzeka. “We’re going to try to take the next game a little more seriously and just build on this game.”

The team’s next match is against Santa Monica College on Wednesday, October 3 at 3:30 pm at Pierce’s Steven E. Schofield Aquatic Center.