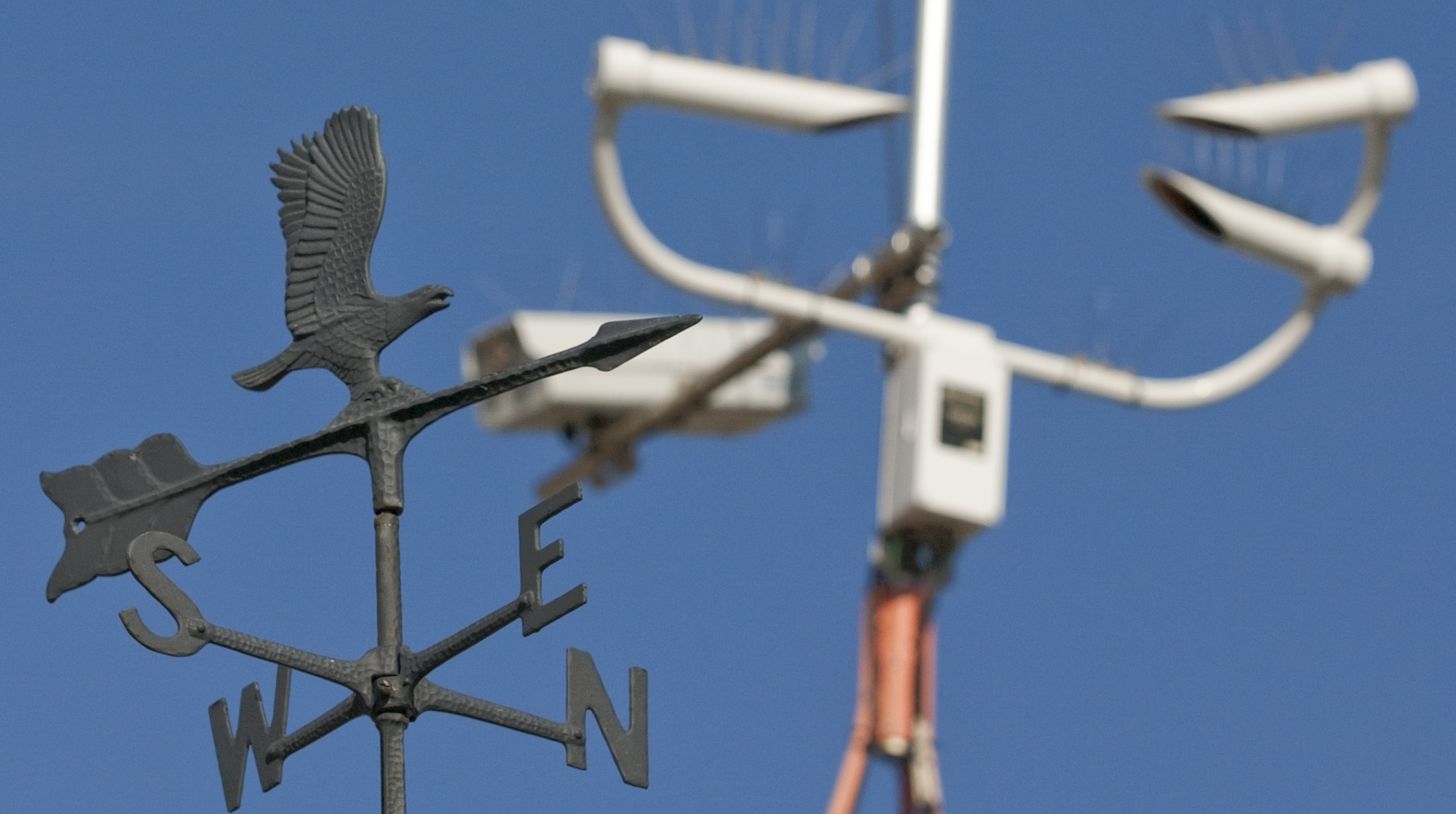 With storm clouds gathering to bring rainfall just hours afterward, members of the local community gathered at the Pierce College Weather Station to commemorate six decades of service to the college, the nation, and the world.

The Pierce College Weather Station held their rededication event Oct. 11, dubbed the launch of the “newest/oldest weather station in the country” in honor of new upgrades to the station, funded in part by Congressman Brad Sherman.

The station, founded in 1949 when the college was known as the Clarence W. Pierce School of Agriculture, has sent weather data to the National Weather Service for over 60 years. Data from the station has also been used by the U.S. Navy and academic institutions from around the world.

Bill Russell, professor emeritus of meteorology and a former director of the station, was awarded at the event for his years of service to the station, along with Steve Woodruff, who has volunteered at the station since 1997.

Congressman Sherman also spoke and was recognized for his efforts in securing the $85,000 grant that paid for the weather station’s latest improvements.

Media outlets such as the Los Angeles Times and ABC 7 News were present at the rededication event.

Students and faculty were given the opportunity to tour the station and examine the new equipment.

Micharee Nalunpoon, an environmental science and geography major, attended the rededication and was surprised at the scale of the operation at the station.

“It’s really small, but it has a lot of important and expensive equipment,” she said.

Nalunpoon believes that in the future her major would overlap with data of the sort that the Pierce weather station puts out.

“This is a very good source, and it’s very accurate,” she said.

Isabel Pacheco attended the rededication along with Nalunpoon for extra credit in her class.

Although she’s undecided on her major, taking a tour of the station piqued her curiosity on how the facility works.

Steve Woodruff, who first started as a student volunteer and is also the manager of the Van Nuys Airport weather office, believes the rededication will increase the visibility of the station at Pierce.

“I think the station will become one of the centerpieces of the entire campus,” he said.

Jason Finley, current director of the weather station and assistant professor of meteorology and geography, agrees and foresees a wave of renewed interest in the station.

In the future, Finley hopes that the college will continue to support the weather station with a new entrance off Brahma Drive and new grant work.

“This technology is changing so much, so we need to stay updated,” Finley said. “And we need money for that.”

Finley also plans to create a museum at the station to illustrate the difference between older and newer equipment. In general, the goal of the station is to emphasize a learning environment, he said.

“I know we’re here to give data to the National Weather Service,” he said. “But I really want it to be here for the students, too.”

Visit the Pierce College Weather Station website for the most current local weather conditions and news on the station’s progress.