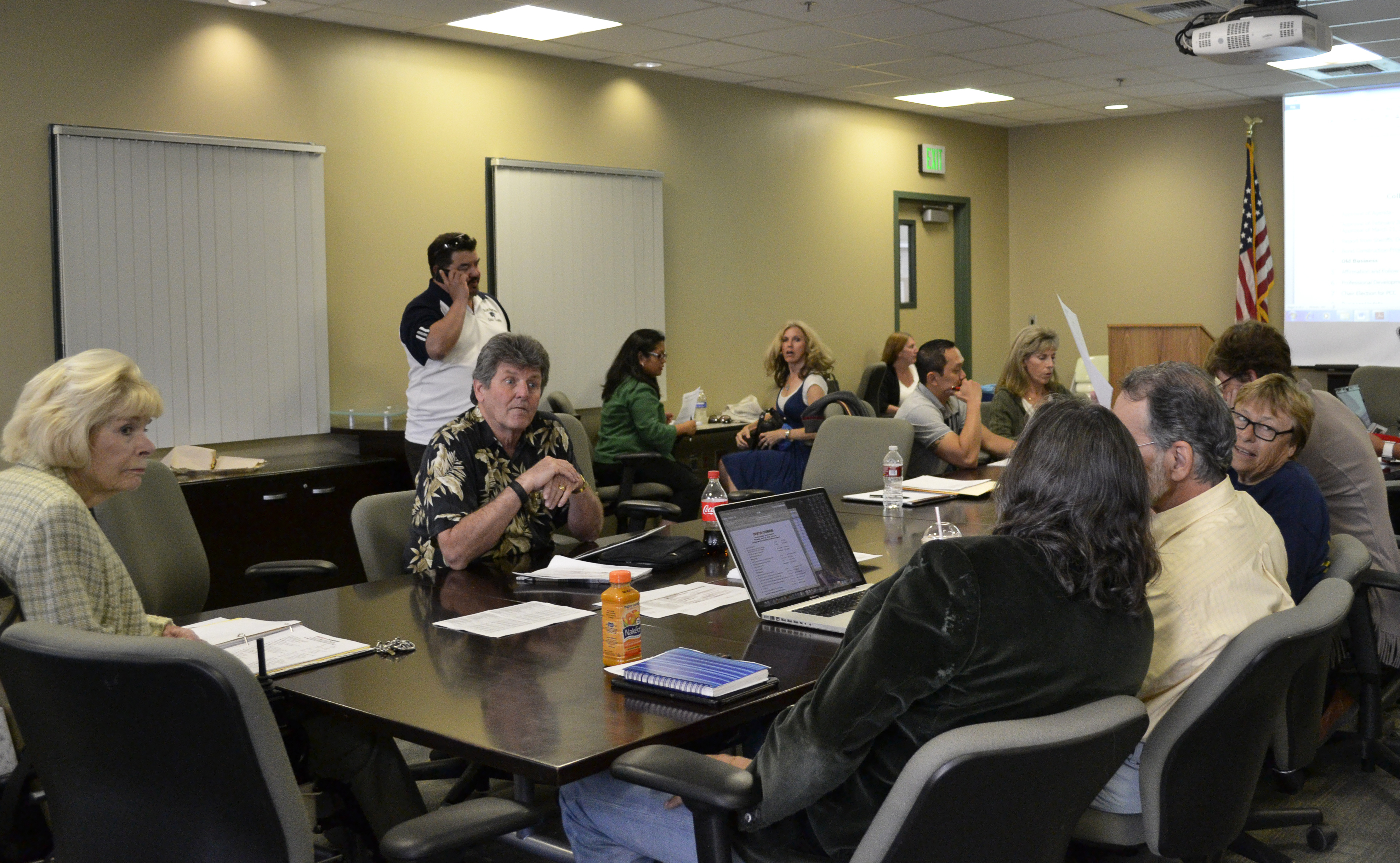 Two Roundup staff members were escorted by Los Angeles County sheriffs on campus out of a Pierce College Council meeting April 25 for taking photos, raising questions within the Roundup about open meeting law applicability to the organization.

The PCC is an advisory board that makes recommendations on the school’s budget and planning, and the Roundup has been operating under the assumption that the council has to conduct public meetings.

If the council had to follow the Brown and Bagley-Keene acts, then the meeting would be a public space, thus not allowing the council to remove anyone for photography.

But some within the PCC said that they do not have to follow open meeting rules.

“I’m the chair of PCC,” Lyn Clark said in a meeting with the Roundup. “We are not under the Brown Act.”

Despite the fact Clark said PCC do not have to follow the Brown Act, an attorney for the Student Press Law Center said that the council is only pointing to one piece of the law.

“It sounds to me like they should be under the Brown Act,” said Adam Goldstein, an attorney advocate for the Student Press Law Center.

The incident began when reporter Erika Correa and photographer Dayana Manriquez were at the meeting in the College Services Building Conference room at around 1:50 p.m.

Manriquez began to take photos before the meeting began, according to Correa.

Clark then told them that photographs were not allowed at the meeting, and reaffirmed this in a later meeting with the Roundup, administrators, campus officers and Media Arts Department faculty.

During the PCC meeting, the Roundup staffers and Clark went back and forth about whether or not photography was permitted in the meeting.

“They can come but they cannot take photographs or shoot video,” Clark said in the meeting with the Roundup. “I have received a request from several members of the PCC that they not be photographed or recorded.”

Clark then told the Roundup staff that if they did not leave, she would call the sheriffs to escort them from the room.

Correa said she told Clark that the meeting is public per the Brown Act, and the two had every right to be there and take photos.

Clark did not agree and asked for the sheriffs to be called. They arrived and escorted the Roundup staff from the room, behind whom the door was locked, according to Correa.

In an attempt to learn more, the Roundup contacted Camille Goulet, the General Counsel of the Los Angeles Community College District.

But Goldstein disagreed with Clark and Goulet.

“It doesn’t have to be statutory,” he said.

Goldstein referenced §54952(b) of the Brown Act, which says “a commission, committee, board, or other body of a local agency, whether permanent or temporary, decision making or advisory, created by charter, ordinance, resolution, or formal action of a legislative body” are to follow the act.

Also, article IV of the LACCD Board of Trustees rules reads that “meetings of the Board of Trustees of the Los Angeles Community Colleges and of its committees or other bodies created by the Board shall be in compliance with the Ralph M. Brown Act, as required by law.”

And according to the minutes of a Valley College Council meeting on May 27, 2003, the PCC and other college councils were created by the LACCD Board of Trustees in 1994, and are thus required to follow the rules of the Brown Act, which allows for recording and photography in §54953.5(a).

In addition, Goldstein also stated that the meeting could fall under the Bagley-Keene act, another public meeting act.

In the statement of purpose in the PCC charter it reads, “the PCC has been formed to serve as the body, which makes planning, budget and policy recommendations to the college president.”

Thus, under this law in §11124.1(a), photography and recording should also be permitted in PCC meetings, Goldstein said.

The issues are ongoing and have yet to be resolved. The Roundup is making formal requests under the Freedom of Information Act in an attempt to learn even more about the situation.