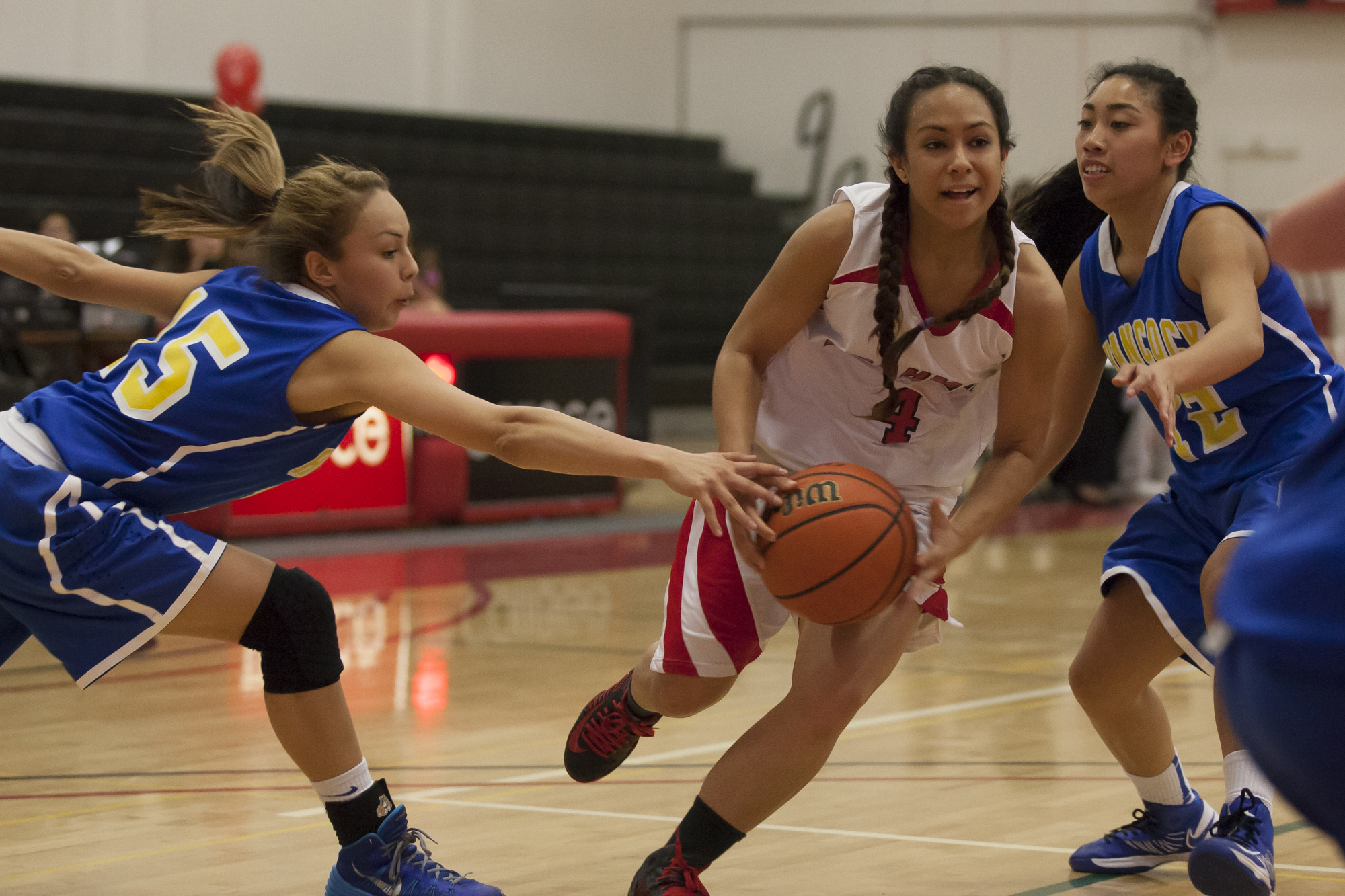 The Brahmas’ spirits were elevated as the team paid homage to some of its graduating sophomores, point guard Monica Jackson, forward Amari Hampton, guard Ciara Pachecho, and forward Gasia Sarkis.

Excitement carried over into tipoff, ending in the Brahmas’ favor, marking the beginning of the end for Allan Hancock.

The Bulldogs did not back down as they continued to battle and keep the first half close.

Just before the end of the first half Pachecho made a 3-pointer just before halftime to give the Brahmas a 47-35 lead.

Pierce guard Breana Calahan felt good about her performance at the halftime break and the team made some adjustments for the second half.

Hancock still felt optimistic about their chances in the second half for a comeback as guard Davina Valerio said that her team needed to execute better and play good defense if they wanted a chance to win.

Despite putting up 21 points and seven assists, Hancock’s Ali Rodriguez’s efforts were not enough as the Bulldogs could not keep up with Pierce during the second half and allowed the Brahmas to run away with the game for a final score of 96-68.

Hampton led the Brahmas with 34 points and went 8-14 from three point range.

The Pierce College women’s basketball team will wrap up its season when it travels to Santa Barbara on Feb. 22 for 5 p.m. game time.