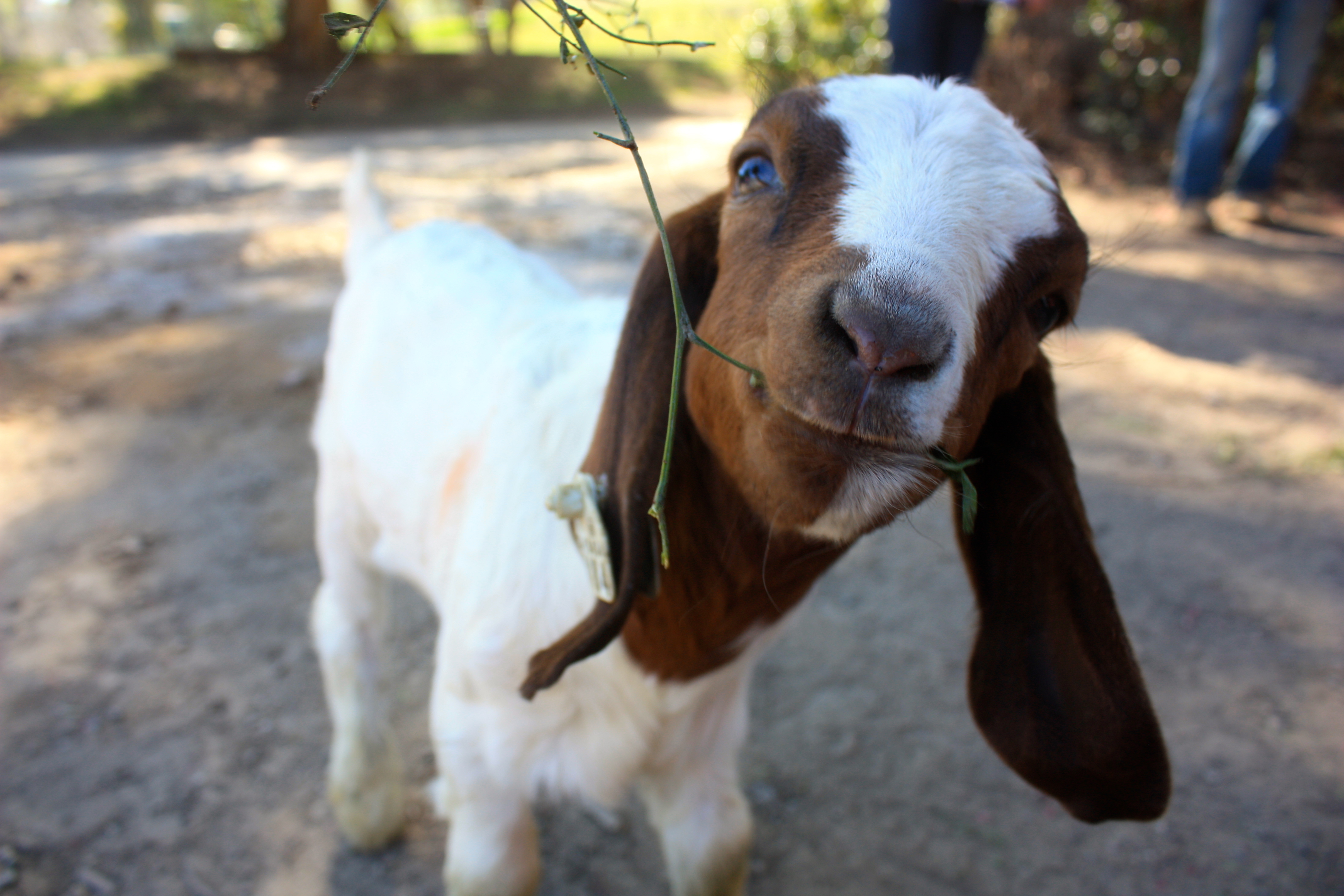 Students in the Pierce College Agriculture Department have started a fundraiser on bonfirefunds.com in the hopes that they’ll be able to adopt one of the farms newest additions: an orphaned baby goat named Kronk.

The students are selling T-shirts, long sleeve shirts and sweatshirts all featuring a graphic of the little goat and the slogan “Kronk is Kool” to ensure that Kronk is able to live out his life on the Pierce farm.

“So far we have $167 dollars raised,” said Ingrid Alvarenga, a third year pre-veterinary major. “Technically the animals pay for themselves to live here by producing eggs or producing babies.”

Kronk is a special case. Ian Lewis, a pre-veterinary science major, revealed the origin of the name

“We take inspiration for the names of all the babies from different cartoons,” Lewis said. “In the movie, ‘The emperor’s new groove’ one of the main characters is named Kronk and they never mention his mom.”

The story of the real Kronk’s mother is a reality of life on the farm. The female goat died about a month and a half ago during kidding, the process of a goat giving birth. The students have tried to find Kronk another female to nurse him but have been unsuccessful.

“These animals have multiple litters so some have up to three babies of their own,” Lewis said. “They only have two udders to give milk so if their own kids have to fight for them they won’t let some strange baby nurse from them.”

This has lead to the need for Kronk to be bottle-fed. As a result, Kronk has grown very attached to the students, which is atypical according to Alvarenga.

“Whenever we have animals that are adopted, they tend to take on their own personality outside of the species,” Lewis said. “If we walked into any of the pens the animals would scatter, but the ones that are bottle-fed are the ones that want to walk up to you.”

“When they adopt an animal what that means is that animal cannot be sold for any purpose and becomes kind of like one of their mascots,” Mruk said. “By raising the money it helps pay for it’s feed and care going forward. I think its a great idea.”

One of the reasons that an animal from the Pierce farm is sold is for its meat. Without the adoption, Kronk would most likely be sold for this purpose in a few years.

“We raise animals that are meat oriented. Some go off to adoption and become show animals or go to 4-H,” Lewis said. “Some, when they leave here they go off to consumption. We raise meat animals and he just happens to be one of babies that was born.”

The department has other means of raising funds such as the annual “Farm Walk” that takes place every spring and consists of petting zoos, live music, food vendors, and arts and crafts for children.

“It’s very family oriented,” Lewis said. “We’re just kind of building a sense of community and letting people know that we’re here.  We’re the last school that actually has this available for students who want to go into the vet field as a career choice.”

The T-shirts are $15.50 through bonfirefunds.com and the fundraiser will be going until Mar. 26.