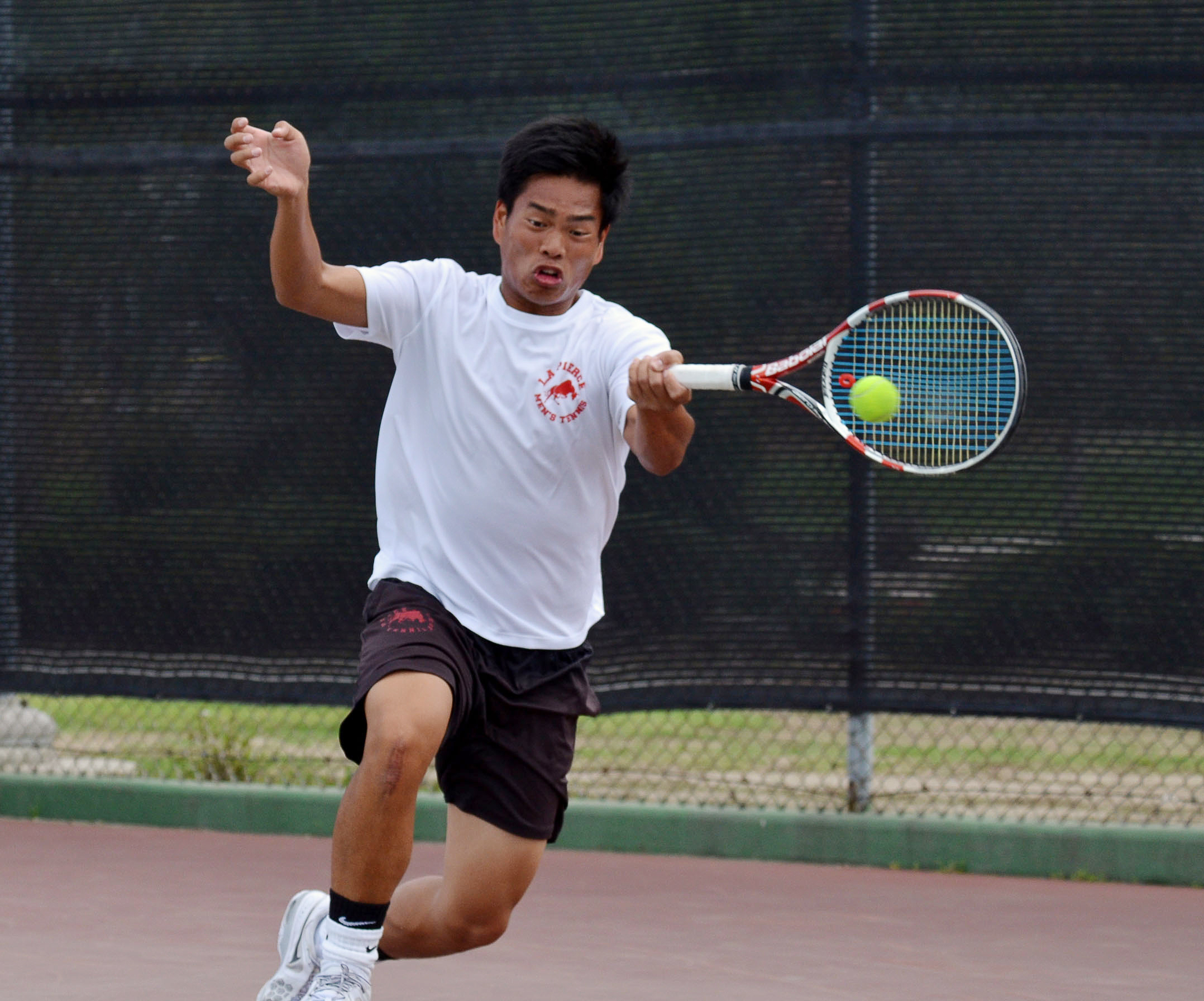 The Pierce College men’s tennis team squared off against the Ventura College Pirates for the second time this season in the match that determined who still has a chance for a wild card position in the regional team event.

Both teams were evenly matched in the singles games 3-3, but Ventura pulled ahead in the doubles 2-1 giving them the coveted second place in the conference and leaving Pierce in third.

Not only was their spot at regionals on the line, players from both teams could also be headed to the California State Community College Championships in Ojai this April.

“The top 10 from that tournament get put into the Ojai draw, so depending on how these players do, there could be a couple players that go, or one, or none,” said Brad McClain, associate head coach for Ventura’s team.

Both players and coaches commented on the existing rivalry between the teams and between individual players.

“I think Ventura’s always been very good. Top of the heap,” said Bob Lofrano, Pierce athletic director. “I think when there are two good schools, there’s a rivalry that goes on year-to-year. From a coaching standpoint, it’s more about matching them up well.”

“Last year I was undefeated in conference, but this year, studies have gotten to me,” Catabona said.

The game is much like chess, both players agreed, commenting playfully on the mental aspects of the sport.

“It was so hot and I hate to play against this guy [Catabona]. I’m smart and he’s smart so he gets into my head,” said Mendes. “He never gives up like me and he thinks like me. He just missed some important shots that he never misses.”

The athletes could be heard encouraging to their teammates across the courts as six games went on simultaneously. One referee for the entire event meant that fouls and scores also had to be called by the players themselves.

Lofrano commented on the added pressure for the players in judging their own shots.

However, the honor system appeared to work well for both teams, especially with the air of sportsmanship surrounding the matches.

“So far there’s no issues. We usually don’t have any issues if we have an official,” McClain said. “The guys can’t afford to be acting like a fool because it could end up costing the team.”