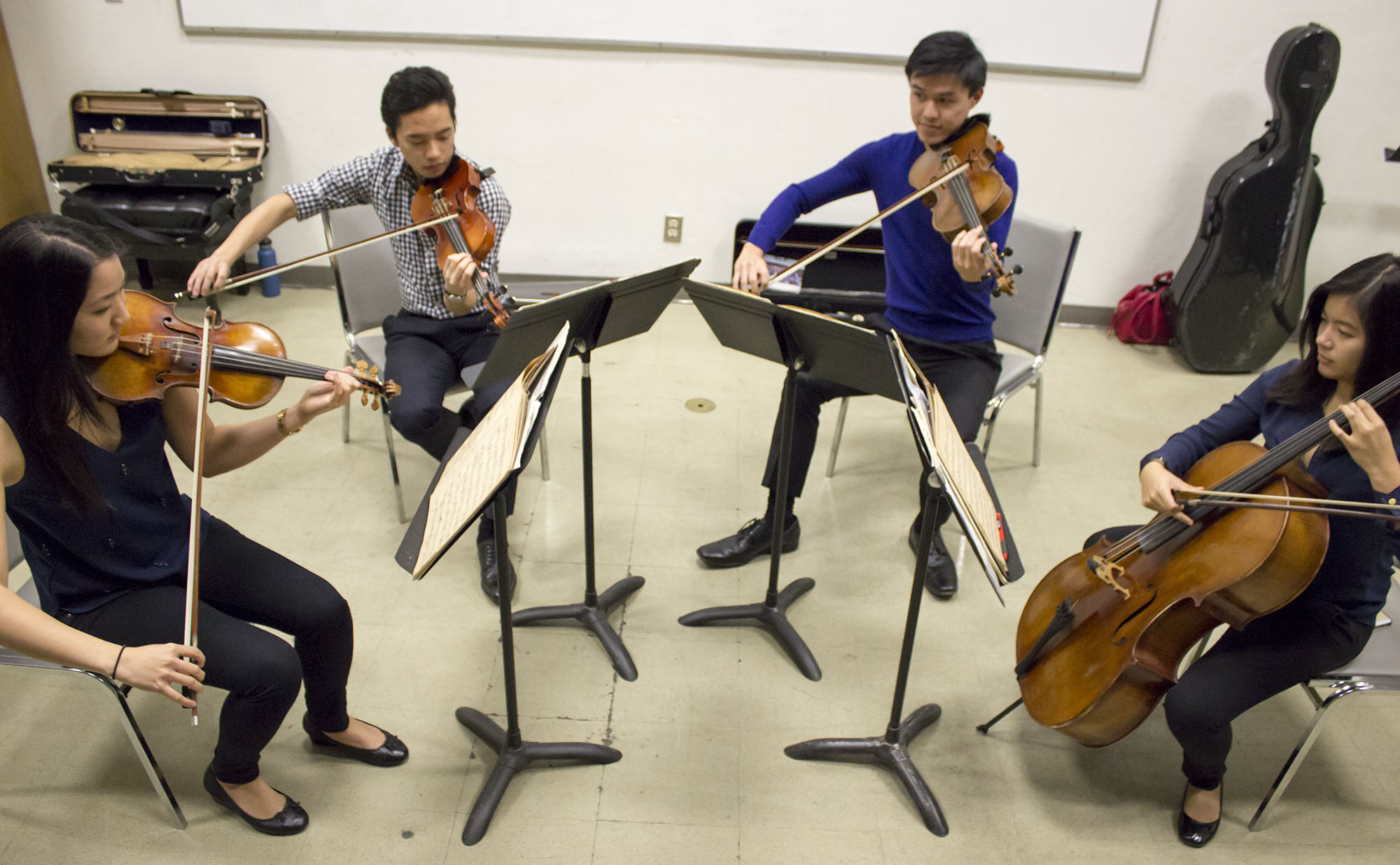 The UCLA Gluck String Quartet performed a stellar presentation for Pierce College in a jam-packed music hall at the Concert at Pierce event March 20, sponsored by the Pierce College Associate Student Organization.

Music Adjunct and host of the Thursday concert events James Bergman was delighted to have the group perform, and started off the recital with his praises.

“They [UCLA] have an amazing program,” Bergman said. “We’re glad to have the Gluck string quartet perform for us at Pierce.”

The group, Amy Tang, Timothy Chin, Theo Ma, and Andrea Yu, is composed of two violinists, a violist, and a cellist respectively. On the edges of their seats, the quartet delivered a moving performance for the people in attendance.

Playing compositions by Mozart, George Gershwin, and Tchaikovsky, the UCLA Gluck String Quartet showed their musical versatility while feeding off the energy from each other and the audience. The group did a total of seven compositions.

During the performance, the group broke down each composition and provided information as to which instruments served what purpose.

Violist Theo Ma talked about the pros and cons of playing the viola in chamber music and in music as a whole.

“It’s kind of a hard position to be in,” Ma said. “The violist is more of a pace setter, it doesn’t really stand out as much as the other instruments.”

Another composition they performed, Rhapsody in Blue, resembled the score of an old Tom and Jerry scene, with several changes of pace and a pizzicato interlude which fell right in the middle of the song.

For their last composition, the group performed a medley of 50’s era R&B, doo-wop, country, and rock n’ roll hits. This composition was especially interesting because they’re not normally performed in a chamber music fashion.

Along with their performance, the UCLA Gluck String Quartet Cellist Andrea Yu offered perspective to the audience about the specific mind states that the composers were in when they created their music.

“Apparently Mozart liked to party,” Yu said. “Were these composers writing these pieces because it came from the heart? Or was he writing them to support his habit?”

Altogether, the UCLA Gluck String Quartets talent and execution instilled a little bit of culture to the audience while still managing to give a great performance.

The Ruslan Biryukov trio is set to play at the next Thursday concert March 27th, with the doors opening at 12:45 and free admission in the 3400 Music Building room.