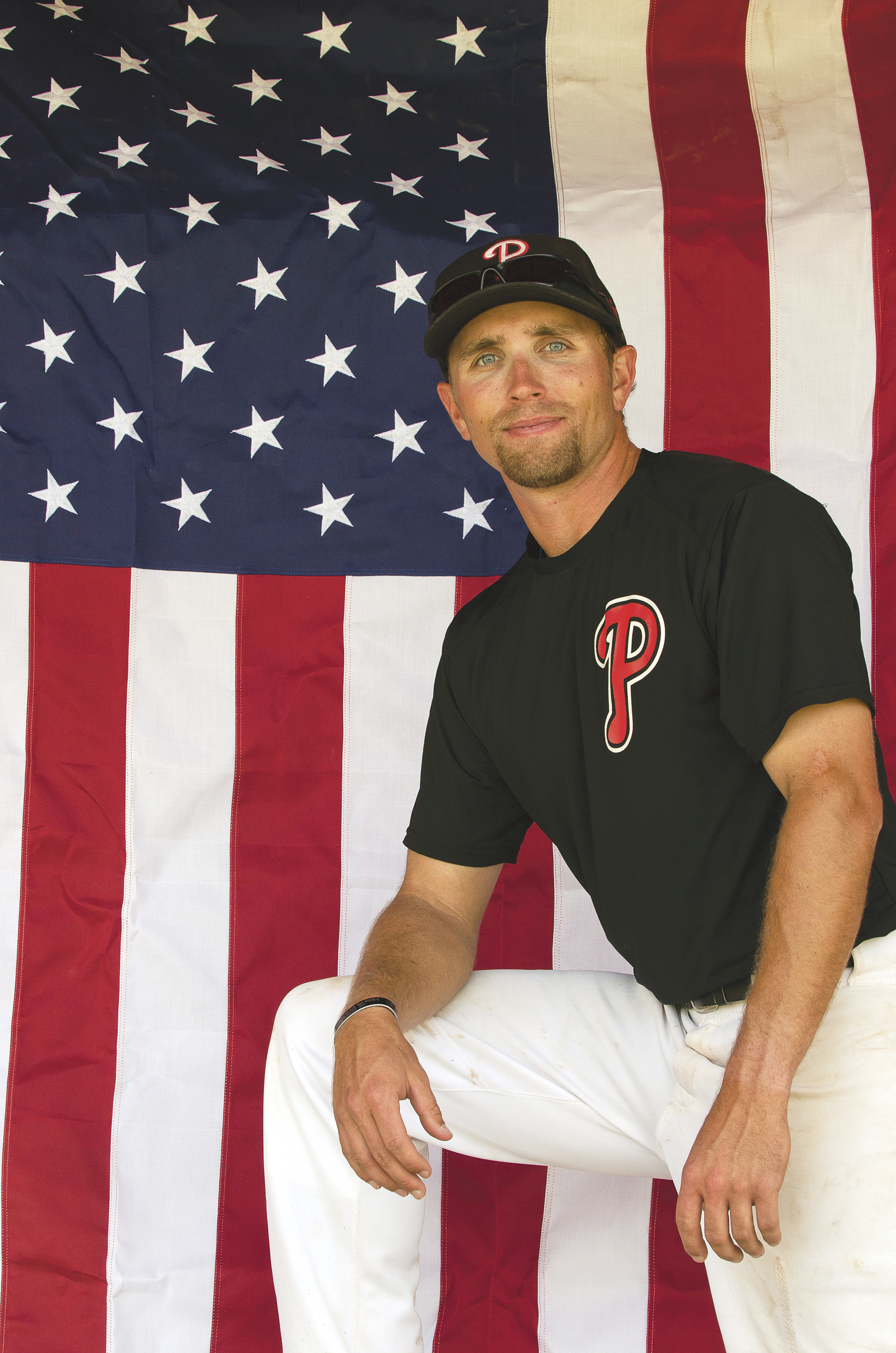 It was a surreal moment to be playing baseball on the Pierce College men’s baseball team, when in 2012 this left fielder was a staff sergeant in Afghanistan only talking about baseball.

Jeffrey Wright, 27, worked in his uncle’s truck shop, servicing his fleet of trucks. His cousin had just gone for a second tour to Iraq.

“I just felt a little bit of guilt that there’s all these guys doing second and third tours. I figured I just should take at least one somebody’s tour away so they can stay with their family,” Wright said. “I always wanted to go (in the service) growing up and the two things met at the same time. So that’s why I joined.”

Staff sergeant in the 2-505th Parachute Infantry Regiment, in 3rd Brigade Combat Team, 82nd Airborne Division, Wright was a section leader and a platoon sergeant in an anti-tank platoon of heavy weapons, machine guns and I -Taz missiles.

“I deployed to Iraq in 2008 to ’09 and then I deployed to Afghanistan in 2012,” Wright said. “ No, (I was) not really scared. I mean there were times I’m sure I was scared, but your training kicks in and wanting to get your boys home takes over that fear and dismisses it.”

Stationed at Fort Bragg, North Carolina, Wright was sent on a four month rotation. It was a specialty mission that, when called on by the Army, a soldier will deploy anywhere in 18 hours. Wright got called up on June 2, 2012 and by June 14 he was in Afghanistan. It is a tough question to answer, if Wright killed anyone in battle.

“Everybody is shooting so you don’t really know,” he said.

When his tour of duty was up it was definitely tough to make a decision whether to stay or go.

“I was in a good place in the Army. As staff sergeant you’re up there in the ranks,” Wright said. “You are almost a career guy, but with the war dying down I felt like it was time.”

He needed to come to school and help out the world in a different way.

“I still have all that camaraderie, so baseball is a great team sport and the military reminded me a lot of baseball all the time,” Wright said.

Eric Bloom, assistant coach of the Pierce baseball team, was Wright’s best friend growing up. He told Wright he should come out and play for Pierce, when Wright didn’t know where he would be after a decade of not playing.

“Jeff and I were best friends from the sixth grade. We went to Noble Middle School together, then I went to Cleveland and Jeff went to Sylmar High School and played baseball,” Bloom said.

One of Bloom’s best memories was winning the Best Wave of the Day and Wright winning the Dog Heat on the Ventura surf. Both competitive by nature, it was only right they would end up together in a competitive team sport.

“I reach on the air a lot because I think the defenders see me and they don’t expect me to be that fast, but my nick name in high school was ‘White Lightening’ so I am quick down the base paths,” Wright said. “I’m still shaking out cob webs, you know I haven’t seen a lot of curve balls in the last ten years – little hard to pick up, but I control what I can control and that’s the hustle: the part that might get me on base or get me a hit. But it’s my own. It’s as good as that.”

Athletic Director Bob Lofrano said that he would hope these young guys, younger than Wright, listen and pay attention. It is a pretty good lesson, but maybe they don’t have to learn that way (in the service). God forbid they would have to learn it that way.

“From a coach’s standpoint it’s good to have someone like that. That brings maturity, and it brings more focus, because he was dodging bullets. Now he is just dodging the fast ball. It is a total difference,” Lofrano said.

Wright laughs when talking about his game stats.

“I definitely lead the team in hardest 90’s down the line,” Wright laughs. “Batting average is somewhere around the Mendoza line.”

The “Mendoza Line” was created as a clubhouse joke among baseball players in 1979, when pro ball player Mario Mendoza’s average was always within a few points of .200 either way. Wright is batting .230.

As far as being a role model for his teammates, he shares these words:

“I think they all respect me a lot. I’ve always been the kind of leader to have power people around me; I try to help these guys have their own leadership voice,” Wright said. “I kind of guide them on the back side, not too vocal, but when they need a kick in the butt, like your mom telling you to clean your room, I’ll definitely be there to tell them to do that. These guys do a good job of being leaders themselves. I think that is why we are so successful as a team.”