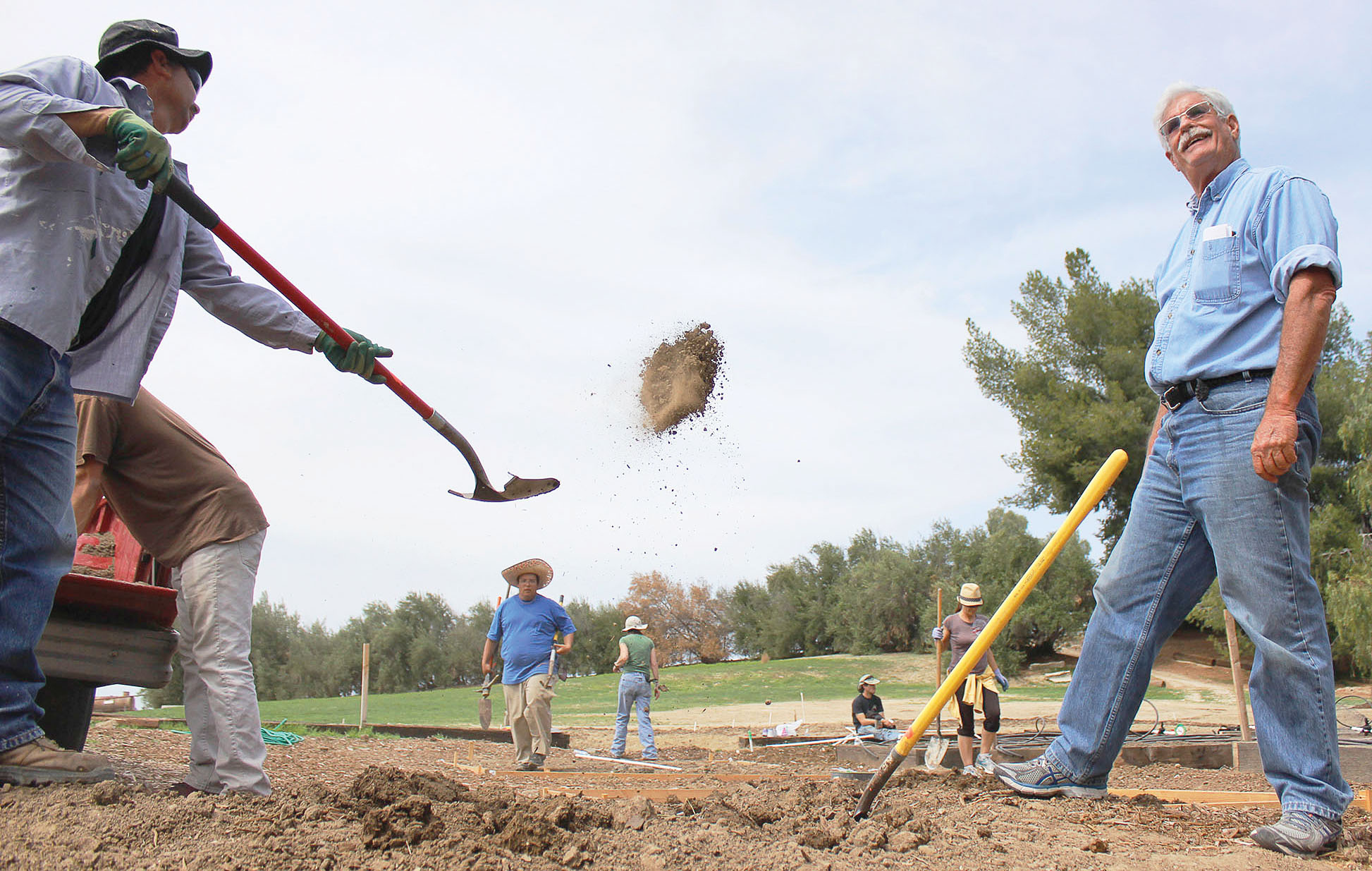 Students in the Plant Sciences 827 class are preparing to test and implement new technologies that will help conserve water for their many projects around campus.

Wayne Holland, owner of Sources Unlimited, is working with students from the class to test a moisture control grid that could help keep more water in the soil, limiting excess watering on campus.

“This is kind of the future of horticulture,” said Len Markowitz, professor of the class. “We’re delving into the modern science of plant care and water management and trying to get the school to go in that direction.”

To test the product, they will monitor two plots of land, one with the grid and one without, to measure the water used in each. With more moisture trapped in the soil, it could also prevent erosion, something that has been an issue for other projects on campus.

“For me, it’s all education and knowing the newest technology when it comes to water-saving,” said Dylan Garrett, a student in the class and owner of a landscaping business. “We’re already in a drought. These things are going to become more and more important as people want to maintain landscapes in a water shortage.”

The grid will be paired with other technology that measures how much water is in the soil and could turn off watering systems when the ground is fully saturated.

“If these grids work out, I might incorporate them into my own landscapes,” Garrett said.

The installation and preparation should be done by the end of the month with results by the end of the semester. The project will continue through the summer months and could be implemented in the winter as well, to prevent over-watering of plants during rain.

“A lot of people over-water many plants and don’t know that they take a lot less,” said Markowitz. “Because of that we have activities and watering going on plants that could live comfortably on less moisture and because the students haven’t learned everything they need yet, they assume that many drought-tolerant plants need much more water.”

Carlos Montecinos, a student in the class, found the technology useful for his project planting a rose garden.

“There was a whole issue with the last rose garden location,” Montecinos said. “It’s actually going to cost a whole lot less here.”

“That’s why we’re running all the tests now. That way maybe within the next year we could actually have more spots on campus that have this grid,” he said.

Many companies have helped by donating supplies and tools to support the project.

“We really want to promote that what we’re teaching is the future of our industry,” Markowitz said.

The project will have a booth at the Farm Walk for those interested in learning more. For more information on the technology being used visit http://sourcesunltd.com/Sourcesunltd.com/AquaGrid.html