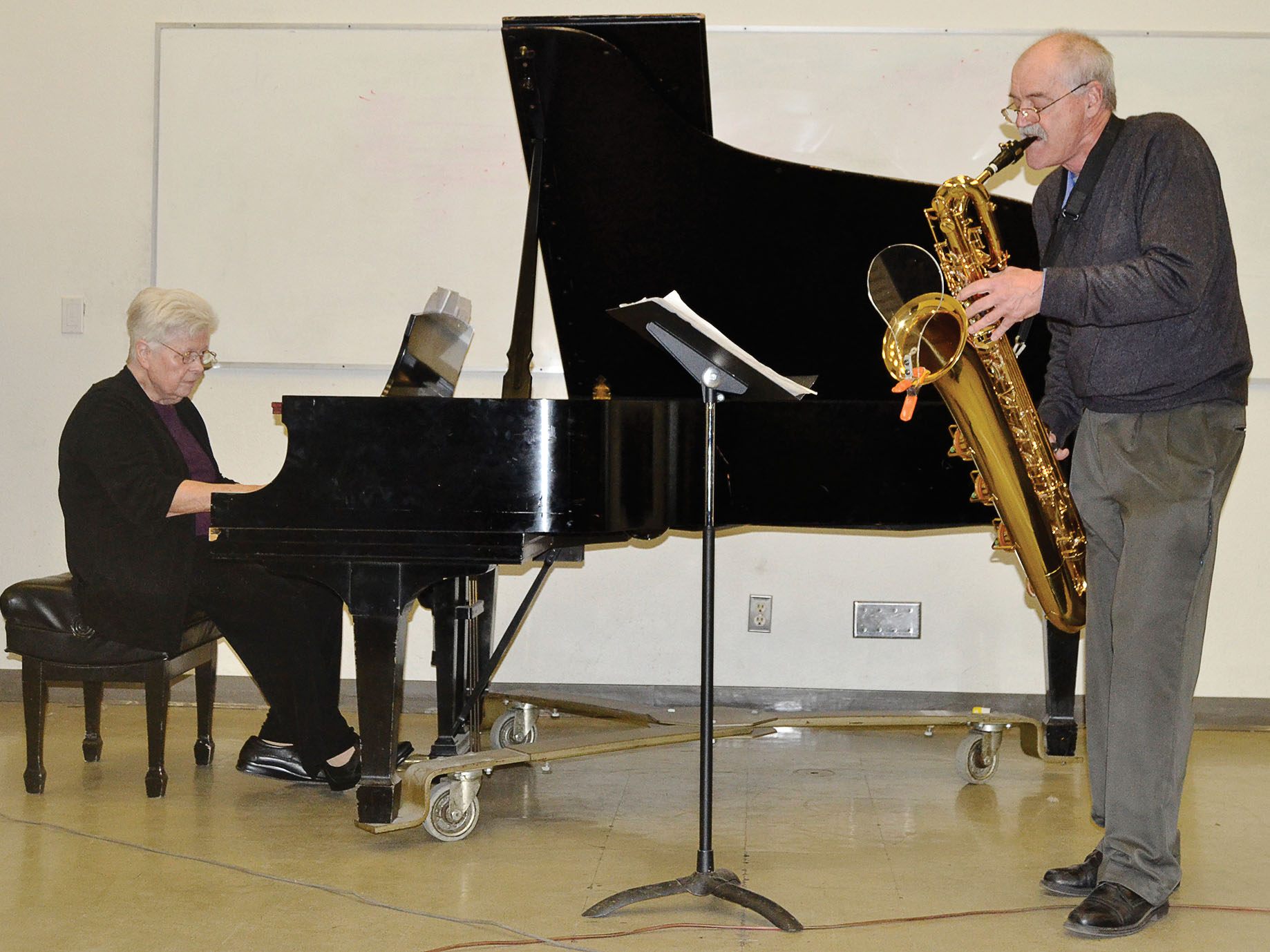 Another Pierce student concert fashioned an amazing show in the musical recital building, with a variety of cover songs and even a few originals cultivated by the school’s very own student body on Thursday afternoon, April 3.

“Performing can be a terrifying, but great experience,” Bergman said before the show. “You can do it your whole life and it can still be terrifying.”

There was no sign of stage fright at this concert, with all eight student performers delivering their own unique style and talent in each presentation.

Alma Villaescusa, a 21-year-old psychology major, sang an excerpt from the play “The King and I” titled “I Have Dreamed,” accompanied by piano player and music adjunct Frank Garvey.  In an ardent and intense performance, Villaescusa was able to properly convey the feelings of two lovers of extremely different circumstance.

“It’s about a scholar and a servant who are secret lovers,” Villaescusa said. “The scholar tries to convince the servant to run away with him, and the servant responds in the song.”

“I normally sing gospel songs, but this time I wanted to do something different,” Hemans said.

The dramatic piece described the pondering of a lover worried that her companion lost the same connection and attraction that seemed to dissipate in the relationship as time passed.

Bringing the only style from a folk-blues background, Jacob Billings, an 18-year-old undecided major, played his original song “Way to Go.”

“There’s some people I used to know that weren’t who they turned out to be,” Billings said when describing his inspiration for the song.

Billings will also be performing a show on April 25 at the Guitar Merchant, a local instrument, music education and sometimes concert venue located in Canoga Park.

Their songs included “Bring Him Home” from “Les Miserables” sung by Delgado, original song “Ignite” with vocals and guitar both by Durrani, a scherzo from Alex Tansman’s “Sonatine” played by Salyer via baritone saxophone, original song “Barely Breathing” with vocals and guitar by Khajadourian, and Villalobos performing songs from early Nintendo era games such as “The Legend of Zelda,” “Super Mario,” and “Donkey Kong Country” via guitar.

The Concert at Pierce event will return on April 17 in Room 3400 of the Music Building with “The Varied Trio” featuring violin, piano, and percussion.  Doors open at 12:45 p.m.