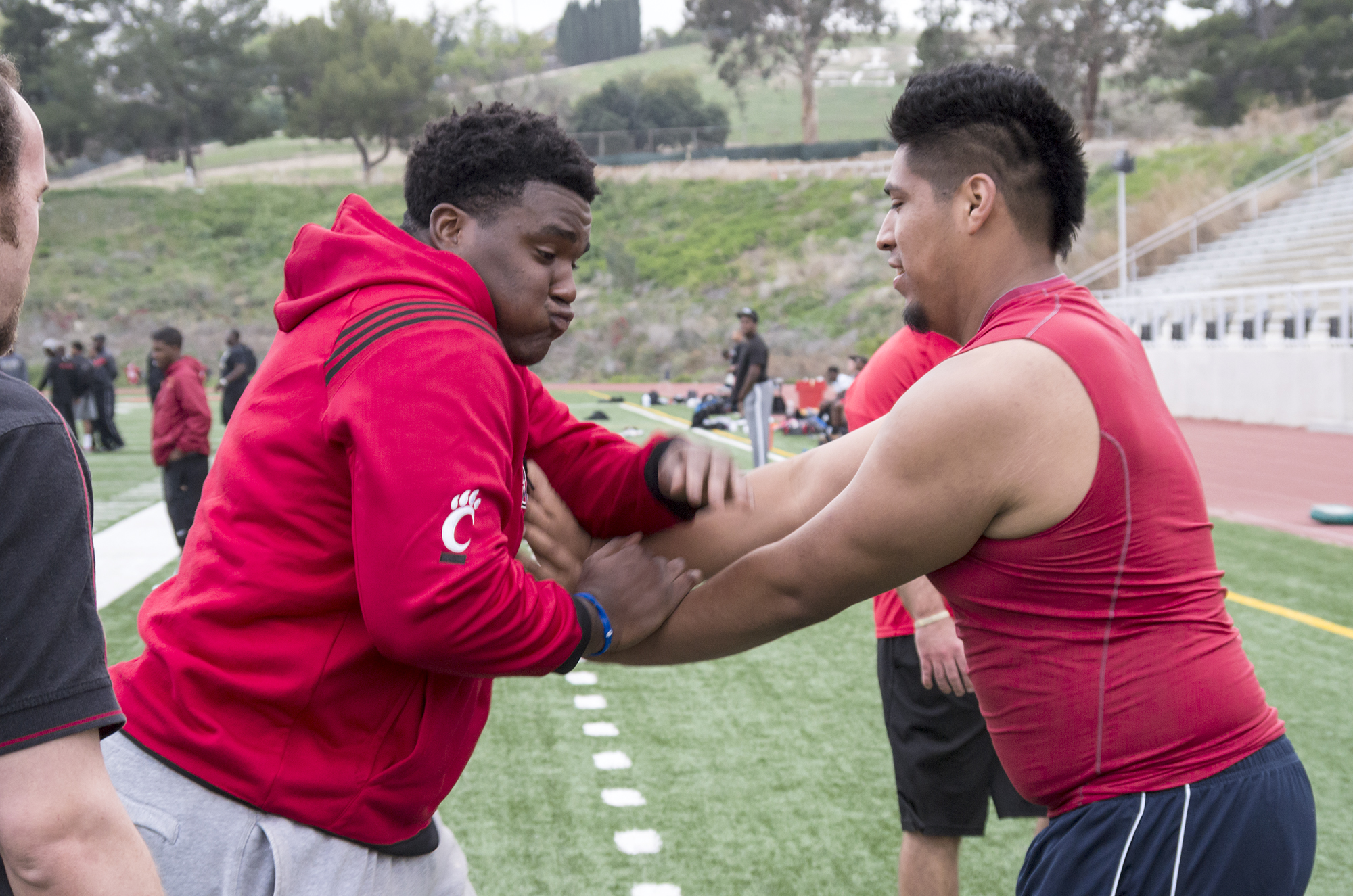 It is becoming more and more popular for athletes to use different methods of training to help themselves improve in their game.

Pierce’s karate instructor, Nathan Carlen, has been teaching the football team the fighting techniques and training of Krav Maga to help improve their confidence on the field. Carlen’s goal with the class is to help the football players with their hand-eye coordination.

Krav Maga is a self defense system developed by the military army in Israel. It is a mixture of muay thai, boxing, wing chun, and savate all incorporated into one style of martial arts.

Carlen focuses the workouts for the football players on power, speed and accuracy. The Krav Maga training techniques improve the trainees’ hand-eye coordination over time.

“We work on their striking, I teach them what they can do,” Carlen said.

The football players are not required to take the training, but some do so and must manage these extra workouts aside from their football practices and class commitments.

“There are a lot of people who don’t realize how hard these athletes work, staying on top of their class, working real hard to get to where they’re at. They work hard, they are great athletes who work to make themselves better,” Carlen said.

The football team’s head coach Efrain Martinez is pleased that some of his players have committed to improving themselves and to learning a new self-defense system.

Martinez believes the classes have helped some of his defense linemen during the football season keep their opponents off balance with their movements out on the field.

“It definitely has helped in how they played and how they moved all season during games,” Martinez said.

Pierce’s defensive linemen, Hakeem Allonce, enjoys learning the hand movements and the hand-eye coordination. Allonce is most excited about learning and working on the power clocking techniques and fighting techniques from Carlen, so that he can improve himself physically and mentally.

“He’s a great guy. Good character. He knows what he’s doing,” Allonce said. “I enjoy the class because it’s going to help me when I reach the next level.”

Isaiah Lawrence, another defensive lineman for Pierce, said he loved the Krav Maga class because it helped him with hand placement and movement improvements. It has also helped Lawrence with gaining leverage over opposing players in preparation for upcoming games.

Another Pierce defensive linemen Keontae Chavies said that he has seen improvements with his hands the most, and wants to improve every aspect of his game that he can.

“I look forward to learning more for the long run,” Chavies said.

The class meets on Fridays from 4-5 p.m. at the football field.