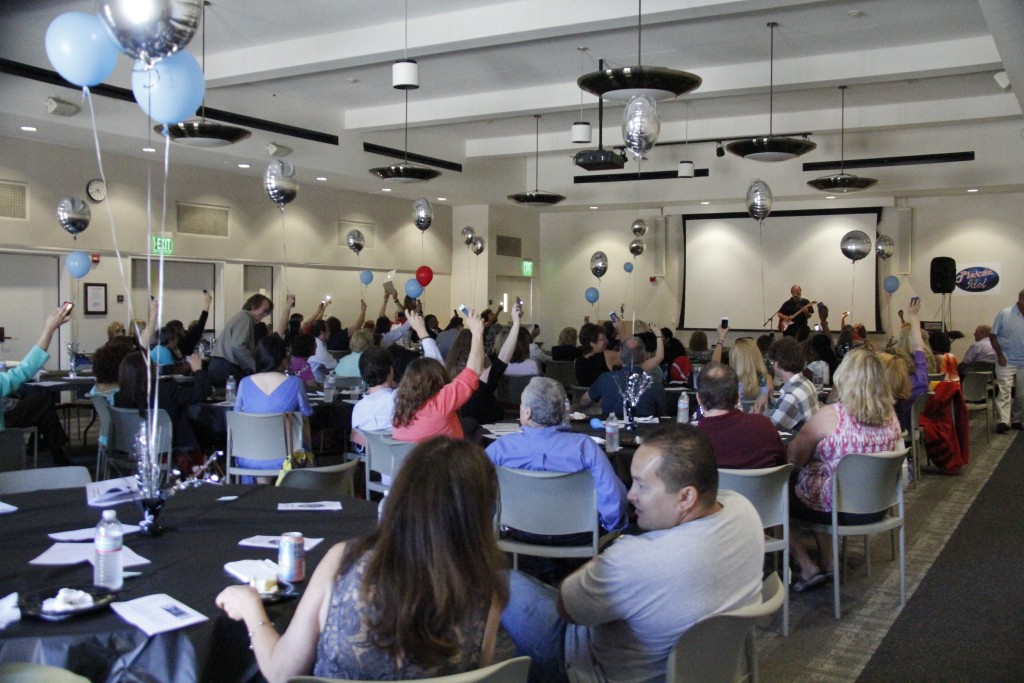 With a theme of showmanship, the 2014 Pierce Faculty Gala honored the hard work and commitment of faculty members while some of their number performed in the “Pierce Idol” competition.

Denise Robb, instructor of political science, hosted the event and kicked it off with several jokes, such as the “Top 10 Annoying Things Students Ask Every Semester” (spoiler: it will be on the test) and “if you want to kill your passion for something, major in it.”

Engraved clocks were then given to this year’s four retiring faculty members along with presentations by those they had worked with and known throughout their years at Pierce. Awards were also given by the Associated Student Organization, the Academic Senate and the Pierce Emeriti Professors (PEP), as well as acknowledgements for the anniversaries of those who had worked on the campus from five years to fifty.

“It’s really a celebration of the faculty put on by the faculty,” said President Kathleen Burke, who attended the gala.

In the spirit of the “Pierce Idol” theme, awards and speeches were broken up by acts ranging from Grace Kim’s performance of “Nella Fantasia” to Lyn Clark’s costumed act singing “Hungry Birds”. Joe Perret amused the audience with a personal story entitled “There is a God”, Jennifer Moses wowed them with a rendition of “All That Jazz” from the movie Chicago, Bob Martinez played “Mood for a Graduation Day” on guitar, and David Schamus had the whole crowd lighting up their phones with his “Trapped in ’87” performance.

“The whole committee, we were just goofing around,” said Lila Snow, a member of the Faculty Gala Task Force. “We put out an open call. We put out a video. We had no idea how talented our faculty is. Seriously, I’m so glad we did that.”

Crystal Kiekel served as one of the “judges” for the American Idol-themed event, roasting the performers in a Simon Cowell imitation and coming up on stage herself to receive the 2014 PEP Professor of the Year award.

“I came of age here at Pierce College,” she said after she was introduced by PEP member Richard Follet. “I was a student here, I was a classified staff member here, I was an adjunct faculty member here and this is truly my home. I hope I never have to leave and I hope when I leave, it’s to come back up and get another one of those clocks.”