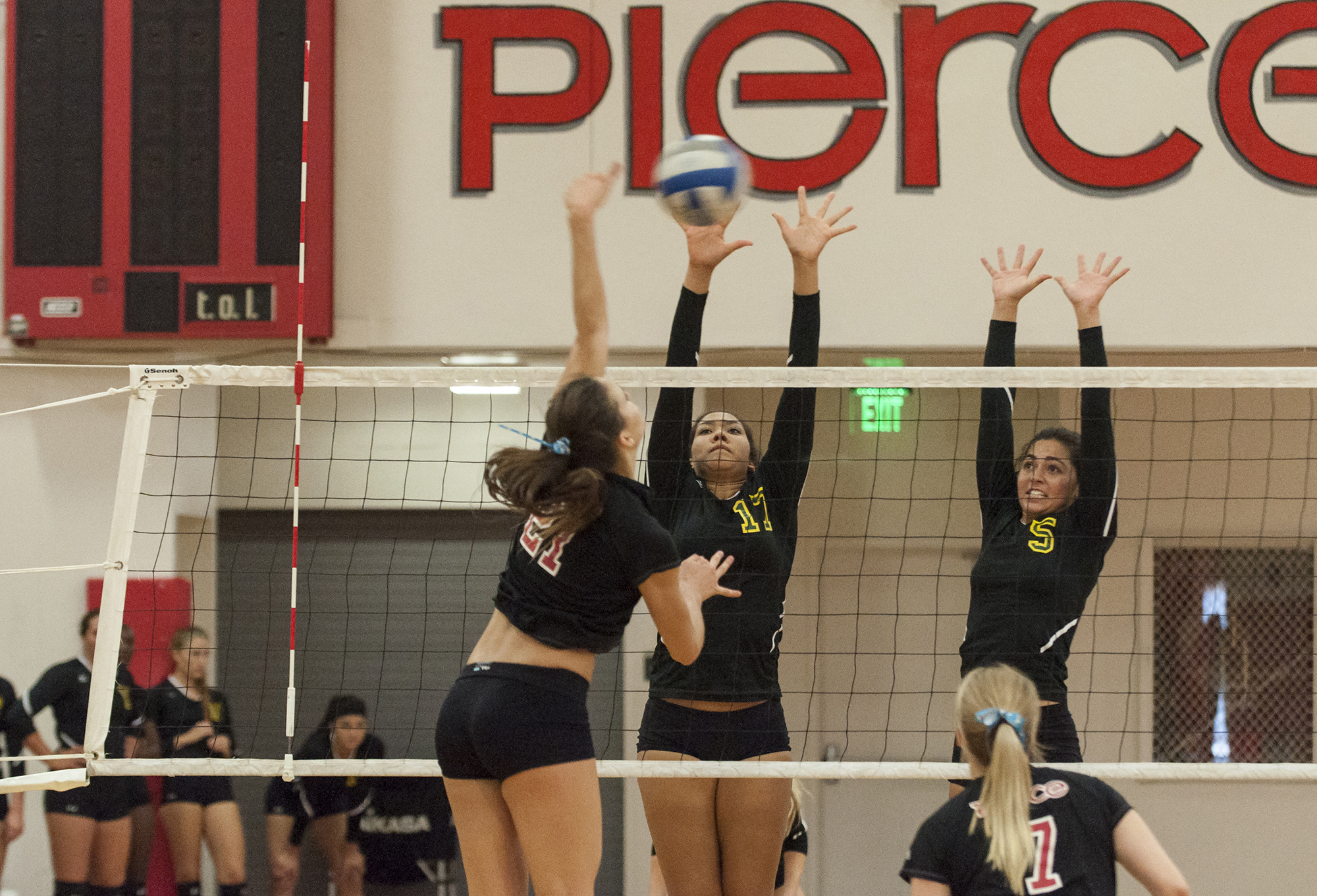 The Grossmont College women’s volleyball team showed why they are the 3rd ranked team in California, as they swept the Pierce College Brahmas to win in three sets (25-16, 25-18, 25-15) at Ken Stanley Court Saturday, Sept.13.

Serving errors by the Brahmas, 16 in total, aided the victory by the 6-0 Griffins

“I really think that just our composure, which is something we’ve been working on, really helped us a lot to kind of be able to generate our offense,” Ivers said.

Freshman outside hitter Jessica Martinez talked about her team’s inability to play with the same passion in practice as they do in games.

“In the future what we need to work on is just going all out no matter what and not holding back,” Martinez said.  “And playing the way we do in practice.”

In the first set it looked like the Brahmas were headed for a possible upset, as sophomore Amber Kelly, who grew up in Escondido just 30 minutes away from Grossmont College, kicked off the scoring with a spirited attack that went untouched along the right corner of the Grossmont formation, but Pierce failed to capitalize on Kelly’s big play.

Throughout the first set and thereafter, Griffins outside hitters Lexi Reddick and Alyssa Cortez pestered Pierce with their constant heavy-handed hits and kills.

Reddick and Cortez’s collective play in the second set and just over a half dozen serving errors by Pierce enabled the score to balloon from 4-3 to an 18-9 Griffins advantage.

A  bright spot in the third set for Pierce was the multiple assists they accumulated from freshman outside hitter Emiliya Phidayeva, who refused to let the ball touch the ground or at least give the Griffins the satisfaction of securing an ace.

Freshman outside hitter Chelsea Lawrence and fellow freshman setter Rachel Lods were also some of the bright spots for the Brahmas.