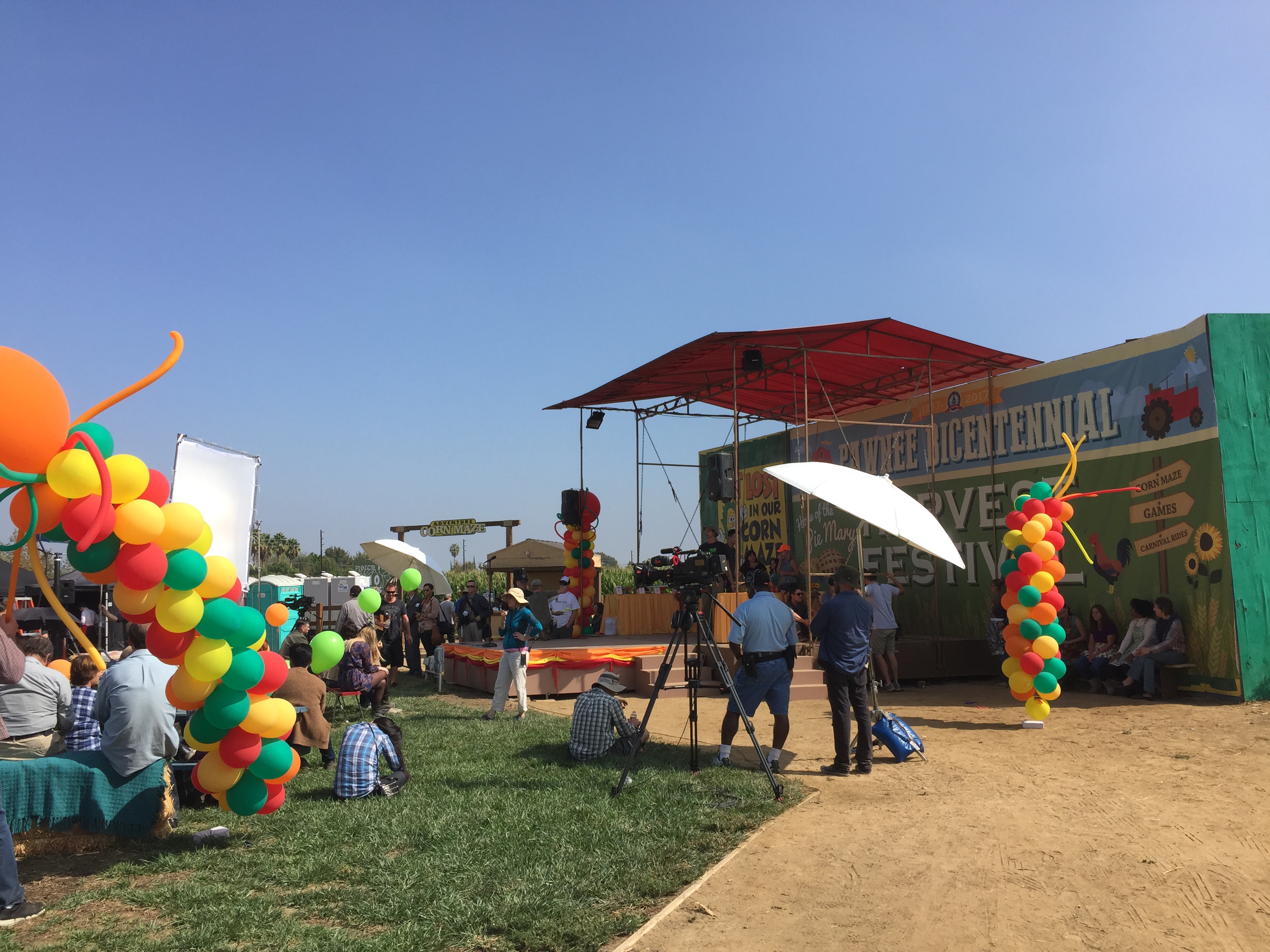 The NBC hit TV show “Parks and Recreation” recorded a harvest festival themed episode for their seventh and final season at the Pierce College Farm Center on Tuesday, Oct. 14.

The Farm Center, also in its final season, was closed to the public while the show was filmed.

Morgan Sackett, executive producer of Parks and Recreation, said this was the third time the show recorded at the Farm Center. Sackett was unaware of the closing until he was scouting for locations last week.

“For a show set in the Midwest, it’s hard to find that setting in L.A.,” Sackett said. “It’s an oasis among big buildings and strip malls.”

Sackett also said some of crew members live close to Pierce. They’ve visited the Farm Center with their families and are sad to see it go.

The set was closed to ensure that no one could find out any information about what was being filmed for the upcoming season.