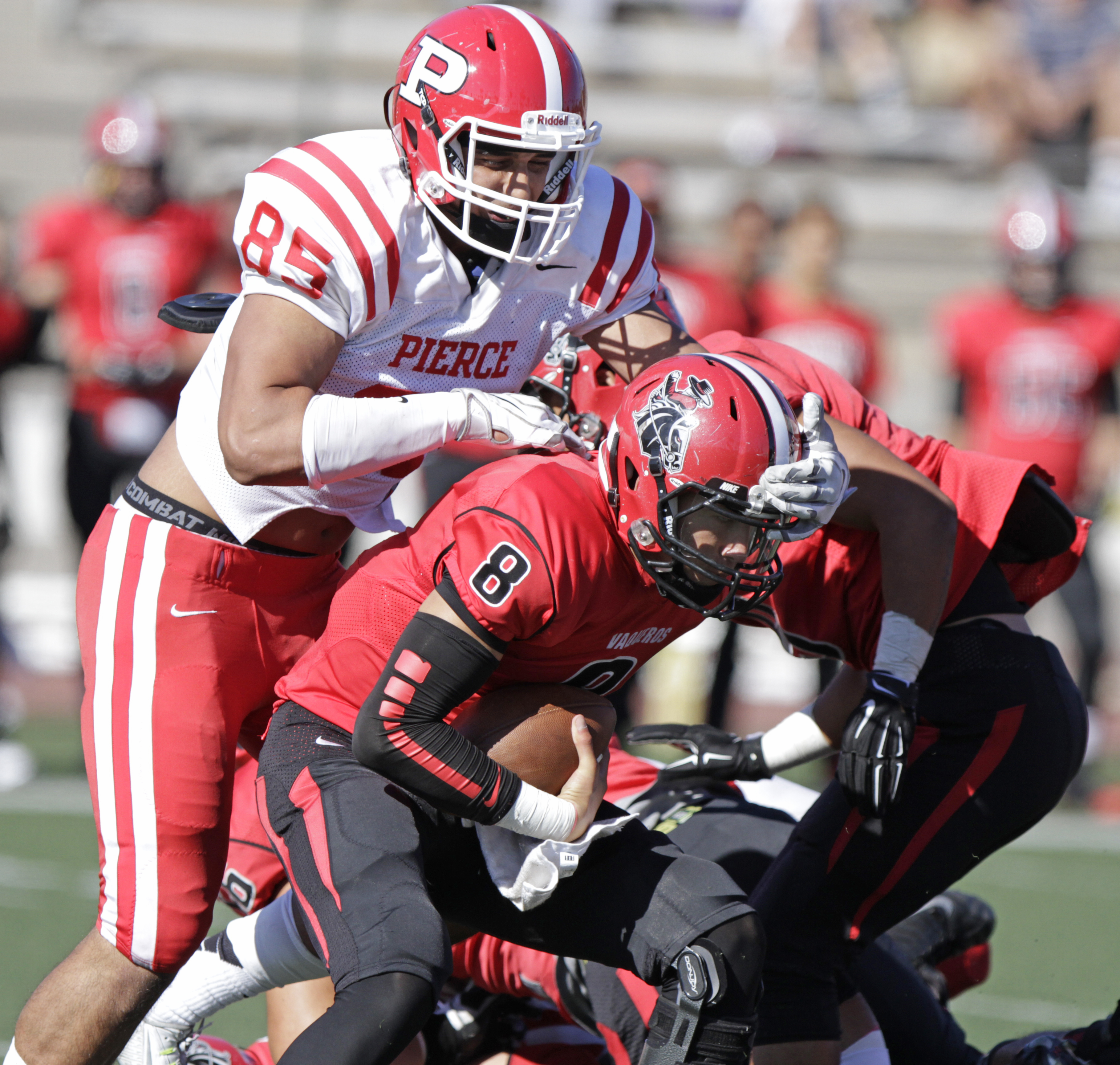 The Pierce College football team rallied late in the second half but couldn’t manage to beat Santa Barbara City College on Saturday, Oct. 25 at La Playa Stadium in Santa Barbara.

Pierce was scoreless until the fourth quarter when the team made two touchdowns to end the game 29-14 Santa Barbara.

Brahmas coach Efrain Martinez didn’t want to specify the main reason his team hasn’t been winning, but he said it has been the same issue all season.

“We’ve been lacking it the entire year,” Martinez said. “But I’m not going to sit out here and tell the whole world what it is, because we know what it is and we’re trying to fix it. So if we’re going to hurt anybody it’s going to be on an individual basis, we’re going to let them know.”

The Brahmas overall record is 2-5 with only four games left in the season.

The next game will be at home against Los Angeles Valley College on Saturday, Nov. 1 at 7 p.m.