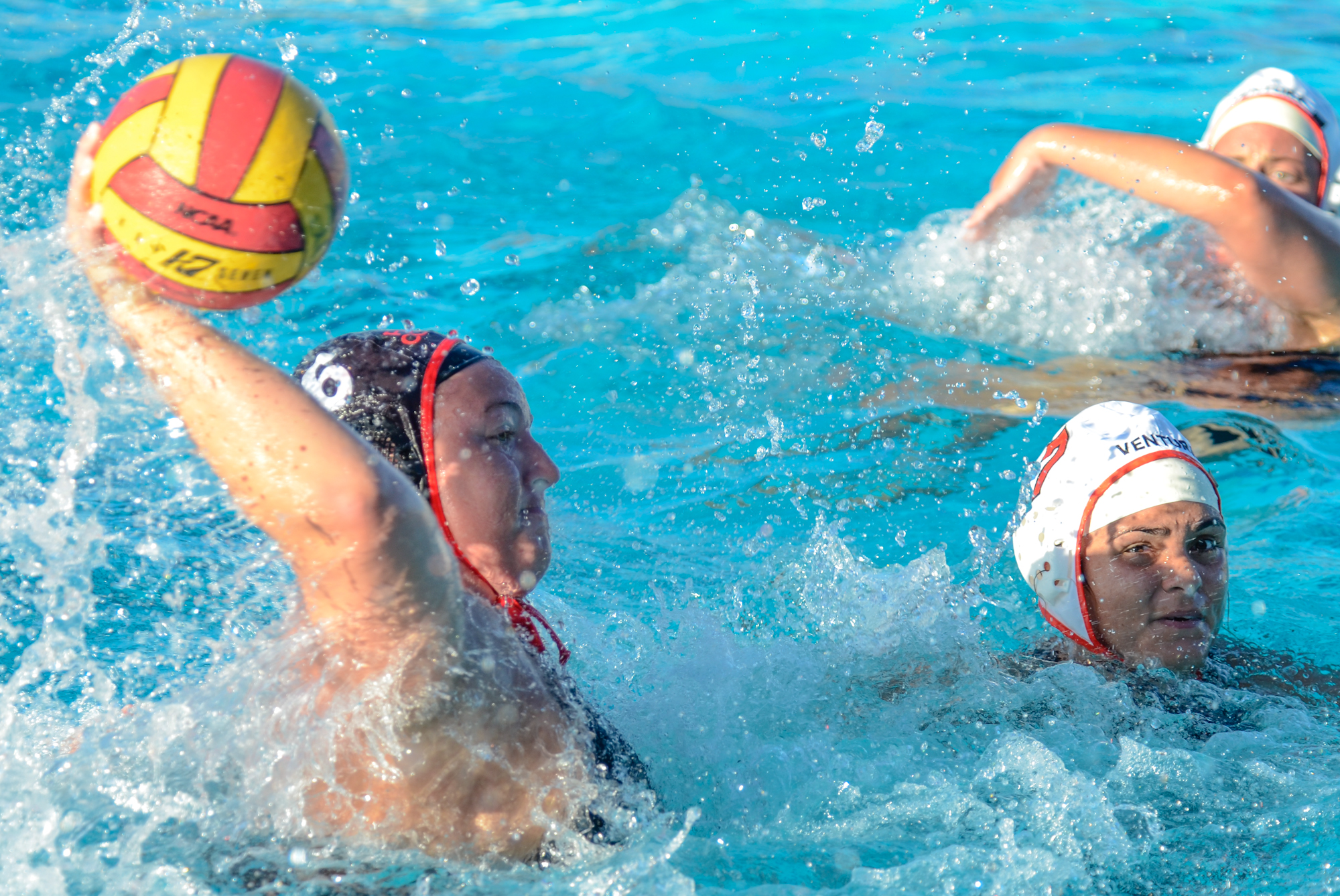 Women’s water polo gained its ninth-straight loss, as the Pirates took the win after crushing the Brahmas 17-5.

Ventura opened the game and scored its first three goals within the first quarter.

“We’ve played better. But we don’t have any subs really so they’re tired and its expected,” said Brahmas head coach Moriah Van Norman.

By the end of the second quarter the Pirates left the Brahmas treading water on a 8-3 score.

“They were very flat, they had a great game last week. They did not play well today at all,” said assistant coach Judi Terhar. “There are no substitutes. They’re exhausted, they’re sick, they’re tired, they’re worn out.”

The Brahmas were unable to catch up, during the third quarter, trailing 15-4.

“Believe it or not this team has actually improved a lot,” Van Norman said. “We have players who have never played before, so this is a huge improvement from August. The last two years we went undefeated in conference, we were a powerhouse and now it’s different, now we’re in a building stage.”

“It’s been a long season. We have conference next week it’ll be Friday and Saturday and we’ll see how we do then. We’re hoping to give them some rest so they play a whole lot better,” Terhar said.

The Brahmas will play the WSC conference at home on Friday, Nov. 7 at Pierce and Saturday, Nov.8 at Citrus College. Game times are to be announced.