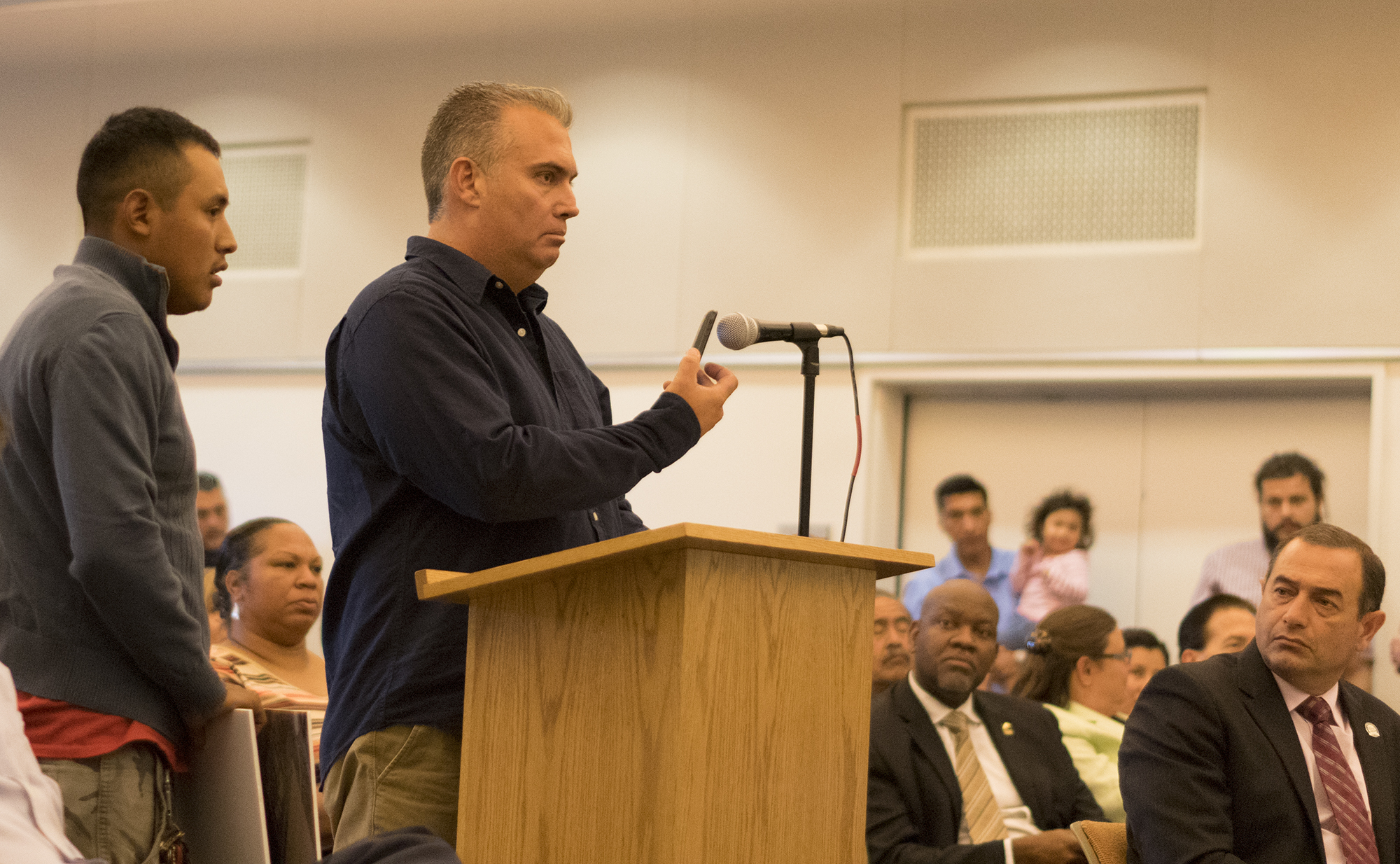 Members of the community called for an investigation on the Pierce College Administration concerning decisions behind the closing of the Farm Center during the Board of Trustees meeting, on Wednesday Nov. 5.

Robert McBroom, director of the Pierce College Farm Center, had tears in his eyes as he spoke to the Trustees about the issue. His presentation included posters that showed what the land looked like before and after Asylum Productions, Inc. took over.

While at the podium, McBroom presented a recording of the Vice President of Administrative Services Rolf Schleicher to the trustees, as part of his defense.

The recording said the following:

According to McBroom, the tape was about all the proposals and development offers that Schleicher received in regards to the 32 acre Farm Center.

“I’m not going to make any comments, because it was taken out of context and it was not legally approved when he recorded us. So at this time I am just going to have to be very formal about what I do,” Schleicher said in response to the audio recording.

The Pierce administration and the Trustees assured everyone in attendance that the property will not be sold for development, but that the area would remain campus land. This would also include incorporating the use of the facility to create future educational programs.

“They have done a wonderful job out there,” Pierce College President Kathleen Burke said. “We just couldn’t come to a business arrangement or agreement that was satisfying on both sides.”

“We do have a desire to use that land within our own instructional programs. That is college land and our first job is with our students.”

For the past 10 years McBroom and his wife Cathy have operated the Farm Center and recently started a not for profit organization.

“When the president separated their foundation, my wife and I took all the values of that foundation, adopted them and created the Pierce Farm Center Foundation,” McBroom said.

“This is a lease and a lease can be ended. It could be ended very appropriately. The lease that they had before us was 25 years, replaced by a four year one.”

“I may not have toured the facility, but I have been there multiple times,” Burke said.

Tony Oliver, of “Save the Pierce College Farm Center,” presented 9,868 petitions from community members to the trustees and said that $2.1 million has been provided to the college while Asylum Productions has invested $3 million into the infrastructure.

Cesar Diaz, a representative for Bob Blumenfield of the Los Angeles City Council 3rd district, read to the Trustees a letter of support for the Farm Center.

Susan Shelley, candidate for  California Assembly in District 45, also has been conducting a petition drive to support the preservation of the Pierce Farm as an agricultural preserve.

“By the way, I received a letter from your attorney saying that it violates state law to mention Pierce College in a political campaign and I think that’s at odds with the First Amendment,” Shelley said to the Board of Trustees. “That might be considered an effort to ‘chill’ free speech.”

The McBrooms and the “Save the Pierce College Farm Center” group are hoping an independent investigation on the decision behind the eviction of Asylum Productions, Inc. will take place.