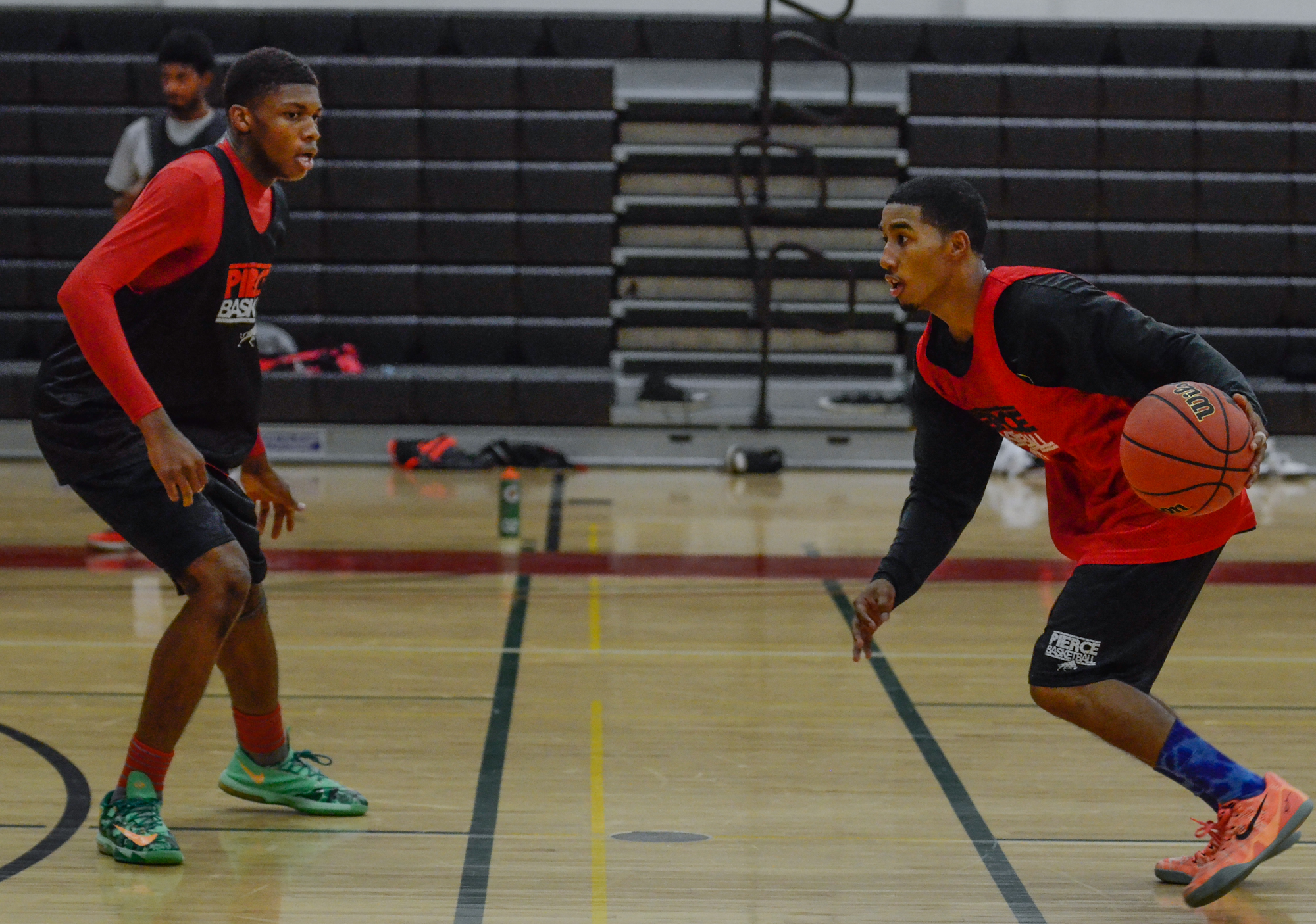 The Pierce College’s men’s basketball team looks to make a comeback after a paltry 2013-2014 campaign. The Brahmas were one of the worst defensively and couldn’t find an offensive rhythm until late in the season when they were out of playoff contention.

Offensively the Brahmas are going to be running out of a halfcourt set much similar to a motion offense but with a lot more options when opening up the perimeter. The game requires a presence down low but due to the lack of size the Brahmas will have, Pierce will have to rely on Jordan Fuller and Devron Henderson to make jump shots.

Defensively Pierce is going to have to be able to rotate better around the perimeter to make up for lacking a true center. The achilles’ heel for the Brahmas two seasons ago during playoff time was the fact that Pierce didn’t have a true big man. Codye Hatcher who was 6’10 and supremely athletic, was unable to help the Brahmas conquer Palomar College and 7’1 center Joe Vaz. Head coach Ed Babayan finally thought they were going to have the upper hand with size with center Beau Brown. But Brown was found ineligible after being just one unit short of the 24 units to play and now he is sidelined unless Brown can get the unit back to play.

JR Williams: Just a year ago, Williams was one of the most electric point guards in the state. Although his shooting percentage two years ago was 33 percent, he averaged 6.2 assists game. Also noted is that stats of his games were only officially recorded for 17 of his total 28 games during the 2012-2013 season. Before last season Williams tore his meniscus which caused him to miss the entire 2013-2014 season. Now that Williams is back, he brings not just speed and leadership, but Williams’s shot is much improved.

Trey Archambeau: It was a disappointing year for the Brahmas last season. It wasn’t just the fact that defensively they were among the worst in the state, but they lost possibly their most athletic player after just playing three games. Archambeau who played on Pierce’s team before leaving for “personal reasons” according to coach Babayan, the Brahmas were at a loss for a player that has everything you need physically to be a basketball player. Archambeau, a native of Duluth, Ga. just outside of Atlanta is six feet seven inches and can jump out of the building. He was the winner of last year’s Brahmas Midnight Madness Dunk Contest. In addition to his athleticism he can play both guard, small forward and power forward because of his agility, his shot making and his strength. The only thing Pierce has to worry about is whether he is going to stay after unexpectedly departing back home to Georgia last year. The good news is that his skills are much improved and he seems to be committed to staying with what looks to be a reloaded Pierce College basketball team.

Jordan Fuller: Fuller coming into his sophomore year will be expected to carry the load scoring wise. Coming off of a strong second half to last year’s season, Fuller averaged 11.4 points well coming off the bench. As the season progressed, Fuller became more confident in his role as being the team’s shooter and he finished three of the last four games in double figures. Although numerically Fuller looks like a spot up shooter, he is more than that. Fuller has very savvy ball handling skills and he makes tough fadeaways look easy. His production will be needed and now that he has more experience in the Brahmas offensive set, he should do a lot more damage.

Which Lucius Coleman will show up? The ultimate enigma for Pierce College’s basketball team is who the real Lucius Coleman is. Coleman who came into the spotlight in 2012 is one of Pierce’s most talented players. At five feet eleven inches, Coleman is a left handed shooter who can be lights out. The question remains though is his commitment to the team? Coleman works full time, he is currently raising two kids and is a full-time student. It is almost unfair to judge a man with all the work he has to do just to wake up in the morning, but he is on the roster and he is on the team. That means he has made a commitment to playing for this team.

How cool can coach Babayan be? One of the things that haunted the Brahmas all season long last year was the uncontrollable temper of coach Ed Babayan. A terrific motivator and a coach that can compete with any team with the right talent, Babayan has proven that he is capable of making his team compete. He already has one conference title under his belt, but often times during games it is coach Babayan who can be the ultimate distraction.

The biggest question of all is the health concerns for JR Williams. Coming off of a season in which he had major knee surgery, can he still be productive? The early indicators say yes. In practice he still knows how to push the tempo and find his teammates. The movement laterally has not been affected and all signs are that Williams is back and better than ever. However with that said, Pierce will play close to 30 games in about a four month stretch. Can Williams stay healthy? That remains to be seen.

As a team Pierce has to shoot the ball better with a field goal percentage of 37.2 percent. Those numbers aren’t up to the standard that the Brahmas know that they are capable of playing to. Also during its recent tournament the team turned the ball over in two of the three games. Pierce will look to clean up and turn things around with their first game at home tomorrow against Glendale at 5 p.m.