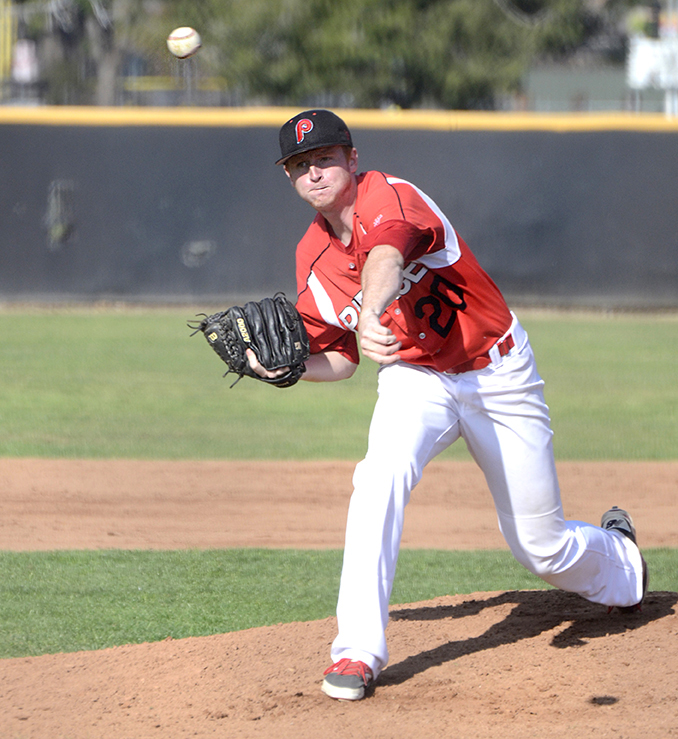 The Pierce College baseball team broke its six-game losing streak with a victory against Moorpark College at Joe Kelly Field on Thursday, Feb. 19.

One of those eight consecutive losses came in the 2014 season when the Bulls lost to Oxnard in the second round of the super regionals.

“It had nothing to do with Oxnard,” said head coach Bill Picketts. “Last year they were phenomenal. We gave away the last two games. I’m not taking anything away from them, but if we do the little things that we’ve talked about since day one, throwing strikes, playing catch, executing. Then we win that game.”

The Bulls did said “little things” in the game against Moorpark on Thursday. The Raiders’ bad pitching and multiple errors helped Pierce win 7-1.

The Bulls’ defense was present and the team’s momentum increased throughout the game.

Mercado later hit a line drive single to get his ninth run batted in of the season.

“I think as a team, we do take some good at bats,” Mercado said.

Wright was also another Bull who had a strong performance. In his first at bat, Wright hit a double and later hit an RBI single.

Wright felt that the Bulls’ preparation was about making an effort and taking pride in the games.

“Effort has to be at a maximum,” Wright said. “We want to get better as the season goes on.”