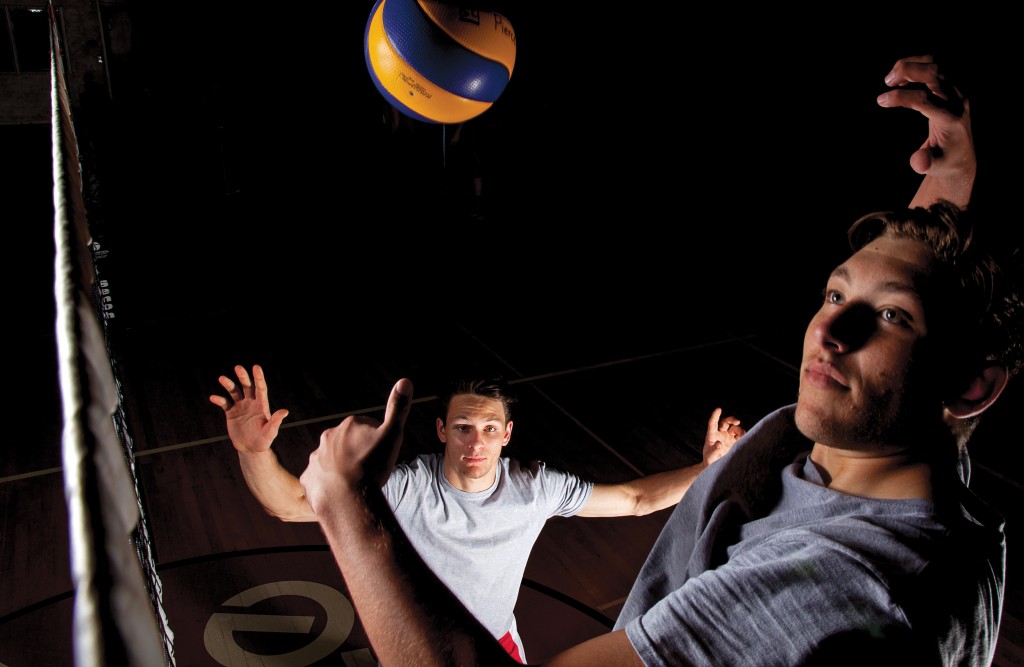 It is rare to see two athletes remain on the same teams throughout their careers. Some teammates end up on separate paths that lead them to different athletic destinations, while others simply grow apart from one another.

This is not the case for two Pierce College men’s volleyball players.

Freshmen outside hitters Garrett Degrasse and Cris Pessin have done what seems improbable and managed to stay on the same team throughout the time they have known each other.

Best friends since the age of four, Degrasse and Pessin have done everything together since then.

Degrasse and Pessin first played together at age five when they were on the same baseball team. They both made the transition to volleyball in 10th grade.

“They are inseparable, they do everything together,” said Degrasse’s mother Yvette Degrasse. “They are so happy to be able to extend their friendship on to the court and play together. It’s a lot of fun for them.”

Degrasse and Pessin know each so well that when they’re on the court, they know exactly where they are going to be and how to play the ball to each other.

“[Degrasse] makes it so much easier to play,” Pessin said. “We have great communication on the court and it helps us play as a unit. You can’t mess with the chemistry we have, it just helps so much out on the court.”

Since they arrived at Pierce, Degrasse and Pessin have earned spots in the starting lineups and have brought the men’s volleyball team together, according to the head coach Lance Walker.

Walker believes Degrasse and Pessin have made the best of their opportunities at Pierce. Their stats alone prove how much of an impact both of them have made.

Degrasse and Pessin also lead the team in sets played with 33 a piece in a span of nine matches. Only one other player on the team has played as much as they have.

To top that off, Degrasse and Pessin lead the team in points. Degrasse has a total of 129 points while Pessin has 113 points on the season.

“I expect great things from these guys,” Walker said. “Not just in volleyball, but in life. They’re going to be great.”

According to Walker, neither of them have missed a practice and they do not put up any barriers when asked to do anything for the team.

“They haven’t missed a practice, they have never been late,” Walker said. “Anything I ask them, it’s ‘yes, coach.’”

Although they are freshmen, Degrasse and Pessin have come onto the team and made their mark. They have assumed starters’ roles and have become leaders on the team.

“Even though they are some of the newer, younger guys, they have really taken a leadership role in the team and have earned their starting spots,” said assistant coach Bronson Oliveira. “They have worked their way from the bottom, paying their dues but doing a very good job in practice and in games for us.”

Degrasse and Pessin have one focus, and that is to bring a title to the men’s volleyball team, a feat that hasn’t been done since 2008.

“I hope to win a state championship with [Pessin],” Degrasse said. “We want to take it together. It’ll be the greatest thing.”

Pessin shared the same mindset as his best friend and teammate.

“We want to win a state championship and move on to greater and bigger things,” Pessin said.

When asked to compare her son’s and Pessin’s friendship, Degrasse’s mother Yvette replied “like Batman and Robin.”