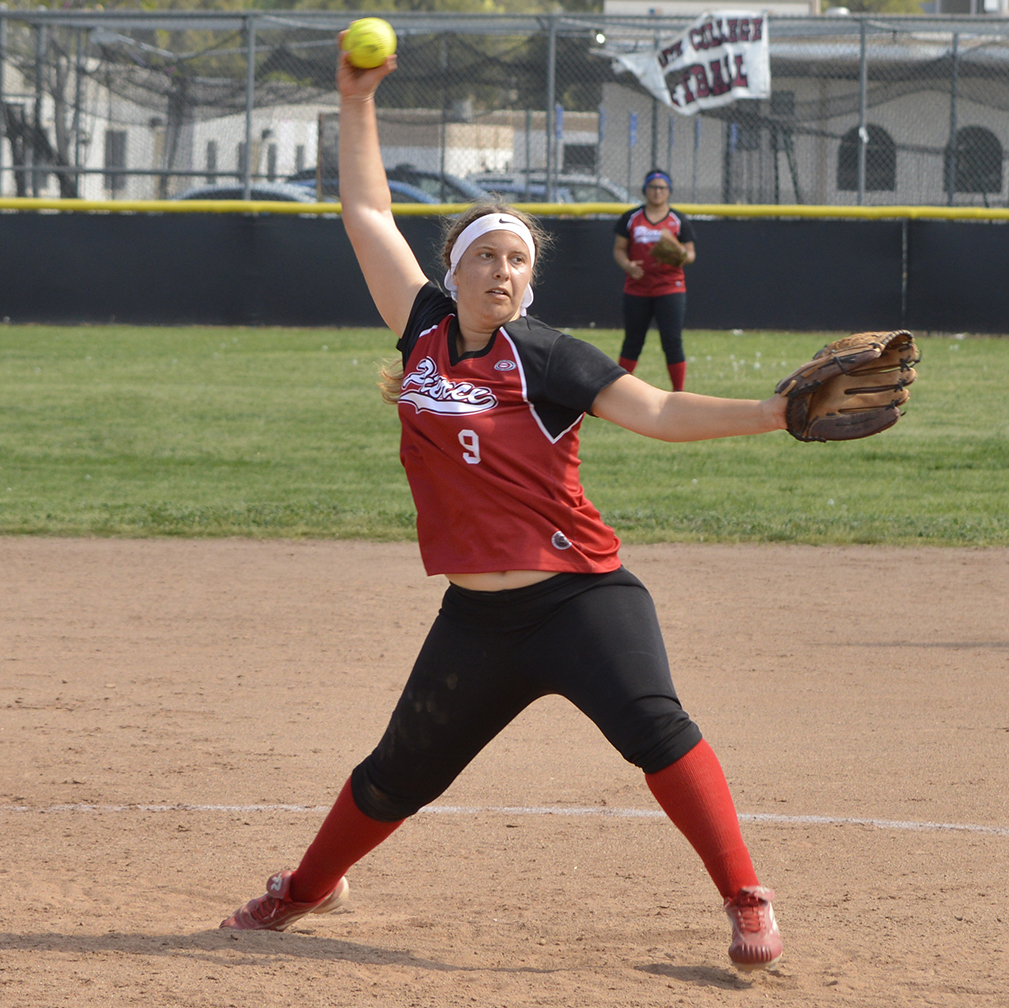 The Pierce College softball team was unable to match Cuesta College’s overpowering offense in a home loss on Thursday, March 19.

The game ended in four innings with a final score of 19-5, and the defeat pushed Pierce’s current losing streak to 11 games.

Cuesta scored six runs in the top of the first inning, but the Brahmas were able to respond with five runs of their own to cut the lead to one. However, Pierce cooled off after this early outburst while the Cougars’ bats stayed hot.

The Brahmas had success against Cuesta right-handed pitcher Claire Gilmore, who had just returned to the Cougars after being hospitalized for over a week with appendicitis, according to Cuesta head coach Christina Grimm.

Pierce did not fare as well against freshman outfielder Cheyenne Hufstetler, who killed the Brahmas’ momentum after she was brought in to relieve Gilmore. She shut the Brahmas out for the remainder of the game.

“Our closing pitcher stepped up and did a really good job,” Grimm said.

Hufstetler said that her team can be prone to shoddy starts, but that they tend to improve as the games progress.

“Sometimes in the beginning of the game we get a little [nervous], but then we step it up and we work for it,” Hufstetler said. “We always earn our wins.”

Despite this, Hufstetler admitted that Cuesta came into the game expecting an easy win.

Although its pitchers gave up a total of 13 runs over the final two innings, Pierce assistant coach Pat Grennan believes the team can learn for this loss.

“That was a very winnable game. We were right there in, battling back and forth,” Grennan said. “But unfortunately, immaturity came through and we got down on ourselves. We could not get out of the hole and it escalated.”

Grennan said the team needed to be better prepared mentally and that they had to stay strong when things got rough.

Pierce is currently in last place of the Western State-Gold Conference with an overall record of 2-12, one of the wins being a forfeit from the opposing team.

Pierce’s next game is a doubleheader on the road against Ventura College on Tuesday, March 24 at 1 p.m.