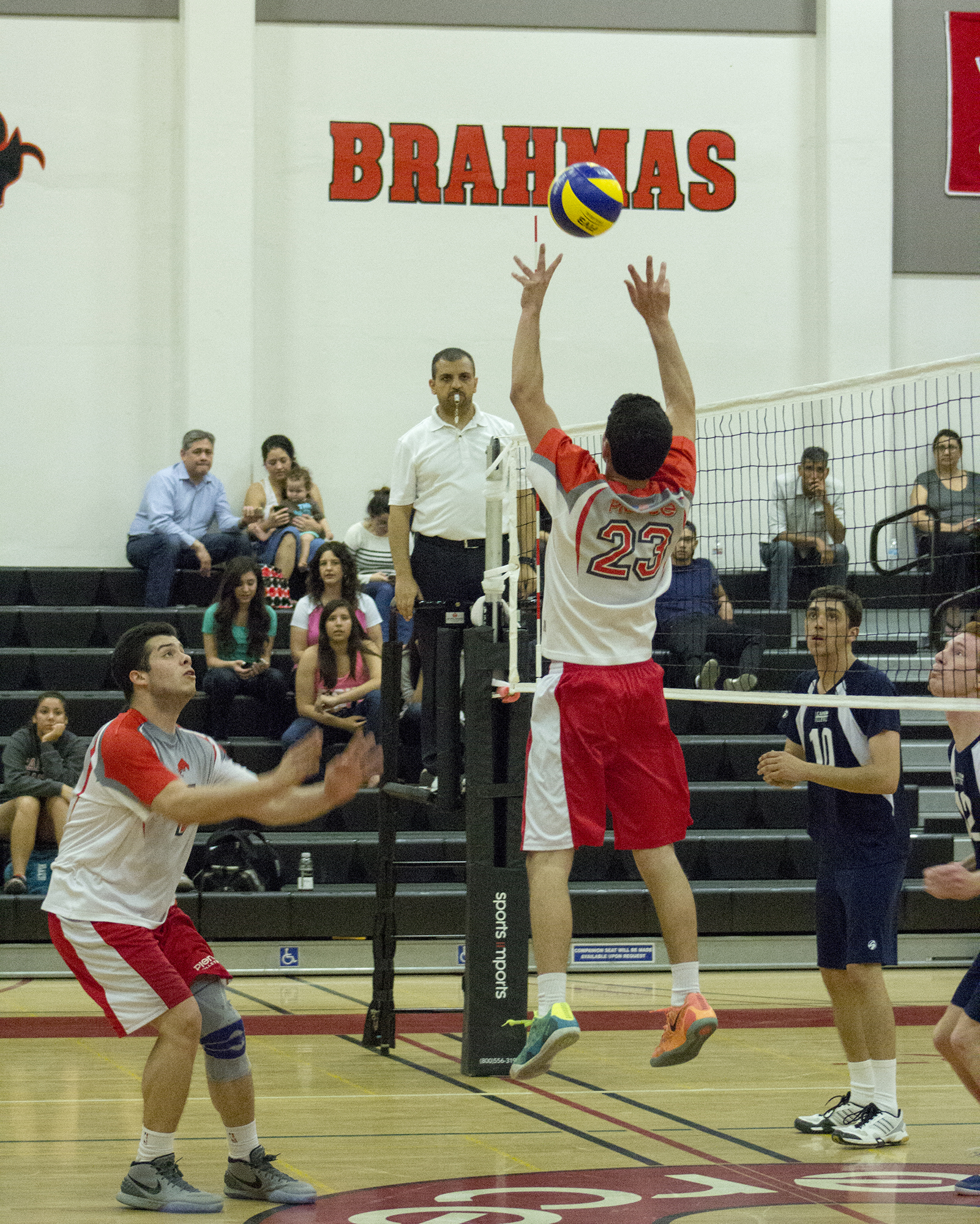 In a loud and hard-fought game against El Camino College, the Pierce College men’s volleyball team came up short and lost at home on Friday, March 20.

“Each one of these guys was fired up for today’s match, and they should be,” said Pierce head coach Lance Walker. “They played really great volleyball. We just didn’t get the win today.”

In the third set, El Camino came out strong and took the first couple of points. Pierce would battle back before the game had to be stopped due to a complaint from El Camino’s sophomore outside hitter Casey Wood. El Camino felt the Pierce bench’s cheering was affecting the game.

The game continued for a while, but would soon come to a stop again after El Camino’s head coach Richard Blount complained about the cheering.

In response to Blount’s complaint, some of the players on Pierce’s bench could be heard voicing their disagreement with Blount and the officials.

“I told the guys that it would be loud and that Pierce would be competitive,” Blount said. “Both sides had issues with the referee, but it being a home game, I didn’t want to take a chance. It was a close game decided on a two-point swing on a bad call.”

The delays did not stop El Camino’s momentum and they went on to win the third set.

“Everybody is human and they’re going to make some bad calls,” said Pierce assistant coach Bronson Oliveira. “I don’t think the officiating was poor, but the game definitely slowed down with both coaches talking to the official.”

Oliveira believes it was part of the game and a tactic. He admitted Pierce had to do a better job handling the situation.

The Brahmas have a 5-8 overall record and remain in fourth place in their division.

The team’s next game will be on Wednesday, March 25, on the road against Santa Barbara City College at 6 p.m.