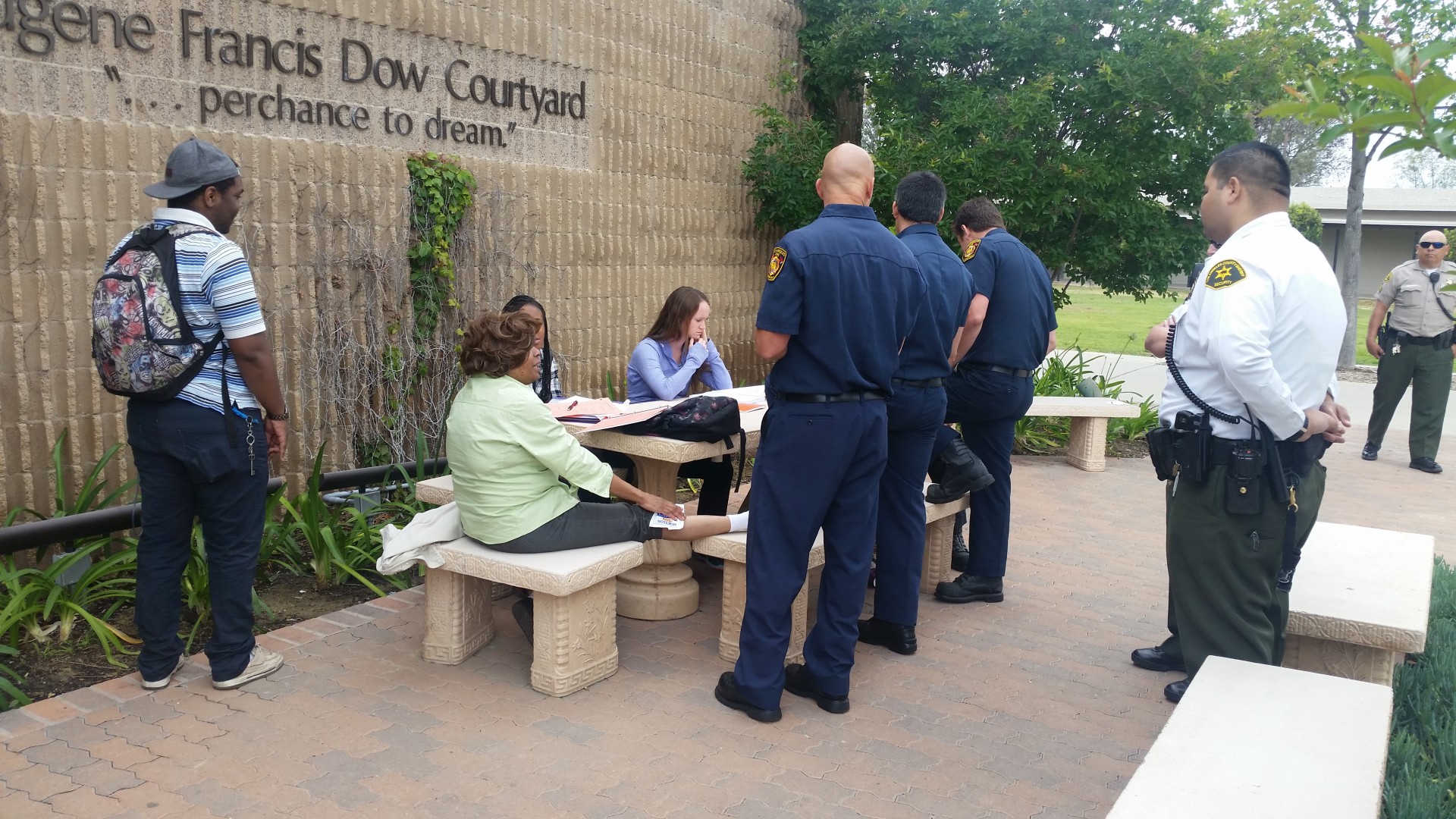 Paramedics were called after a student injured her leg at Pierce College’s Performing Arts Building around noon on April 24.

Selina Duberry fell when her knee gave out as she attempted to take her seat in the Arena theater. Another student then called 9-1-1. Paramedics treated Duberry with an ice pack on her leg.

“I was seeing a doctor about my leg, and I’m going to go back on Monday, and try to get a cortisone shot,” Duberry said.

Simultaneously at the PAB, three fire trucks responded to fire alarms that were going off in the building.

According to LAFD firefighter Tim Ketaily it was a false alarm. Students were immediately allowed to reenter the building, Ketaily said.

Duberry said she believes everything happens for a reason.
“Just a couple of minutes after I fell the alarm started going off,” Duberry said. “Jesus sent help for his daughter right away. The paramedics got here so fast.”

Sharla Smith
Previous articleSoftball wins last game of the season
Next articlePreview: To Kill a Mockingbird