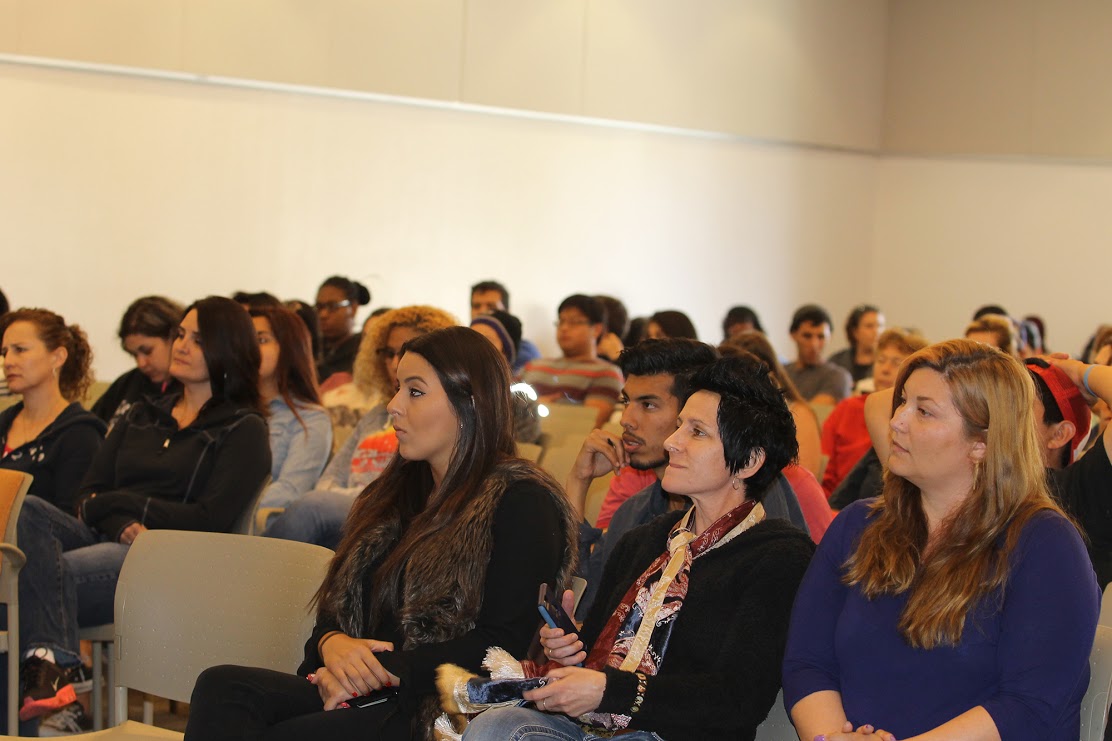 The event was based on a similar program at California State University, Chico. Before the event began, professors partnered with real world professionals to lead groups through talking points students had developed, which related to one of the six different topics.

“It was pretty good. I learned a lot,” said Jacquelyn Lowe, an English major who participated in the gender equality section of the Town Hall. “I felt that the expert was helpful in engaging the whole classroom in a balanced discussion.”

During the opening ceremonies, California Assemblymember Matt Dababneh, of the 45th District, delivered a brief speech in which he went over the underlying lessons the Town Hall was meant to teach.

“Unfortunately, too often young voters and students are left out of the decision making process,” Dababneh said. “Some of the ideas that I’ve gotten from my legislation this year came from students.”

Dababneh continued with a reminder of where the power stems from in a democracy.

“Elected officials have an ability to pass laws and be in a position of leadership, and they are given that opportunity by the people they serve,” Dababneh said. “I serve all of you and I work for all of you.”

The event began outdoors at Rocky Young Park, where the the heat caused students, instructors, experts and attendees to take refuge in the shade. After the brief opening ceremony, students prepared to engage in in-depth discussions and look for practical solutions to integrate into society.

“I think that it helps students have applicable, hands-on experience, and be a part of the political community, whereas otherwise we could only have access to that information in theory and not through actual practice,” Lowe said.

Event coordinator and associate professor of political science Denise Robb said she was happy with the overall turnout and plans to hold another Town Hall next year.

“I was impressed with the students. I was impressed how they were interacting, the experts had a good time,” Robb said. “We’re going to try and do it again next year. I made notes of all the things I did wrong. Just little things.”