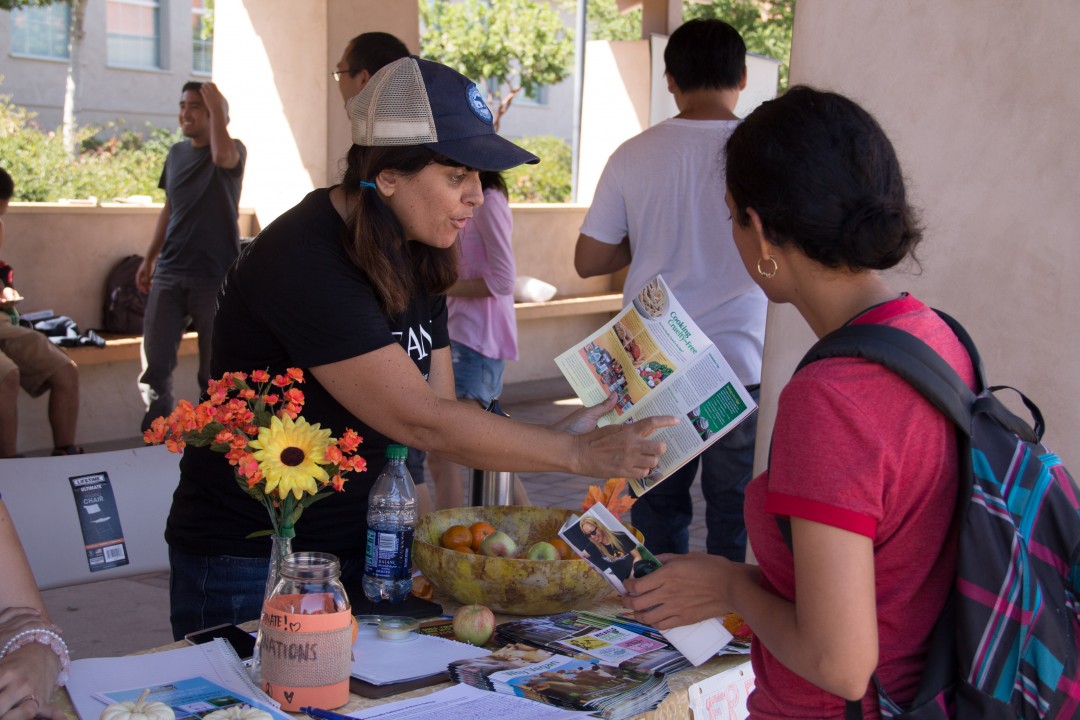 The Vegan club isn’t just about eating vegan. It believes that living vegan is a dedicated lifestyle. It goes beyond the kitchen into a whole other mindset.

Stephanie Gray Winnard, faculty adviser of the club, is determined to have her club and its members make some kind of a difference.

​“With just switching to vegan you’re solving so many world problems,” Winnard said. “In one day 6,000 pigs are slaughtered at Farmer John’s Slaughterhouse.”

Members new and old are educated and informed about the vegan lifestyle. One part of the Vegan Club’s mission statement is to raise awareness about the environment and vegan culture. Students at this campus may not know how to approach a different option of living and eating. Those that do, Winnard said, have limited vegan food options at Pierce.

​The Vegan Club has created a petition for students and faculty to bring non-animal food products to Pierce. Because of the variety of people and philosophies present at Pierce, the Vegan Club hopes to see a wider variety of food as well.

​“Our goal is to get healthier and vegan friendly meals on campus. We always have chicken or meat here. There’s no veggies or veggie based meals,” Jasira Imhotep, a vegan club member, said. “Slaughterhouses are evil. A lot of people don’t know what’s really going on in there. The animals aren’t viewed as having a soul, and these companies treat their workers extremely poorly.”

Crystal Enzaldo, another club member, chose to be a vegetarian when she was 16 years old and now has been vegan for three years.

​“I never knew how much being vegan could help the environment even more than being a vegetarian,” Enzaldo said. “Nature gives you everything you need to survive. You don’t have to be cruel or violent to any other being. We have trashed our planet, and we are in serious need of another plan.”

​Members in this club believe that if more people converted to veganism, it could help turn around the damage done to this Earth.

​“Going vegan would help us save water, land and resources. We use way more water to raise cows than we do using it for our showers,” Winnard said. “We would be helping our ocean dead-zones. The cows here in slaughterhouses never even feel grass under their feet.”

​The Vegan Club’s main objective is to raise environmental awareness and provide knowledge and support to students who want to be a part of the vegan lifestyle. Veganism, Winnard said, can help preserve the planet and one’s body for longer.

​“It’s all part of our evolution anyways, to move to a plant-based diet. It’s already going in that direction. We can sustain ourselves longer living like this,” Winnard said. “The population keeps increasing fast and we won’t be able to keep living like this. We won’t have enough water.”

​The Vegan Club is open for anyone at Pierce to join.

“The whole entire point here,” Winnard said, “is to change the way people think and feel about veganism, including themselves and fellow animals. It’s really a social justice movement.”