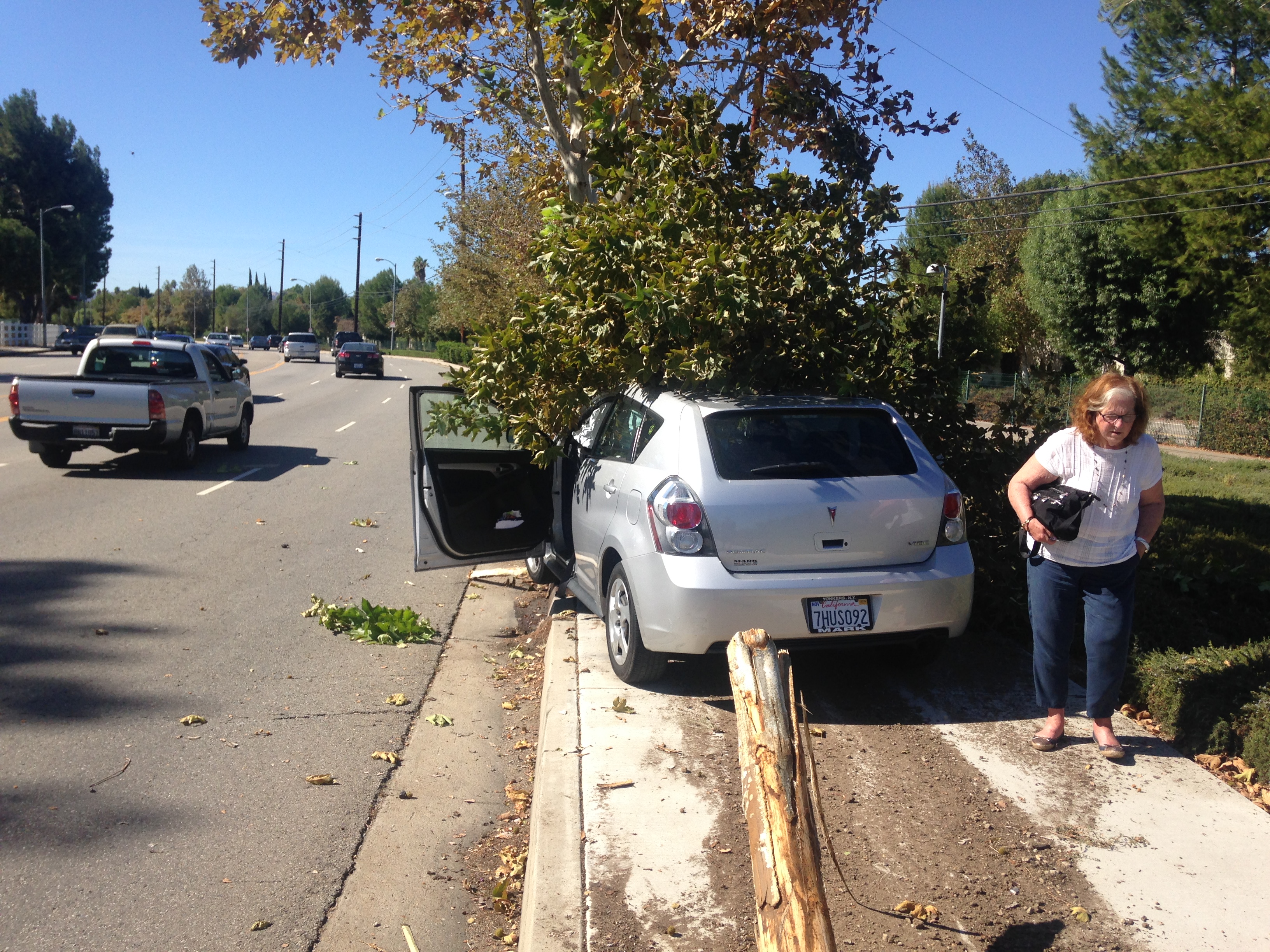 A traffic incident on Victory east of Mason at about 3 p.m. on Friday left one car completely on the sidewalk, buried under branches from the tree it hit.

The driver, Roslyn Rosmer, said the crash happened after she swerved right to avoid another driver.
“It was a car that went to cut me off and I guess I tried to swerve and ended up here,” Rosmer said. “He was flying on the other lane and tried to cut to the inside lane.”
Her car, a silver Pontiac Vibe, was heavily damaged and the airbag had deployed. She reported a stiff neck and sore wrist, but no serious injuries.
Paramedics and Los Angeles Police Department officers were at the scene but Rosmer was not transported for medical care by ambulance, and chose instead to wait for AAA to arrive.
Share
Facebook Twitter Pinterest Linkedin