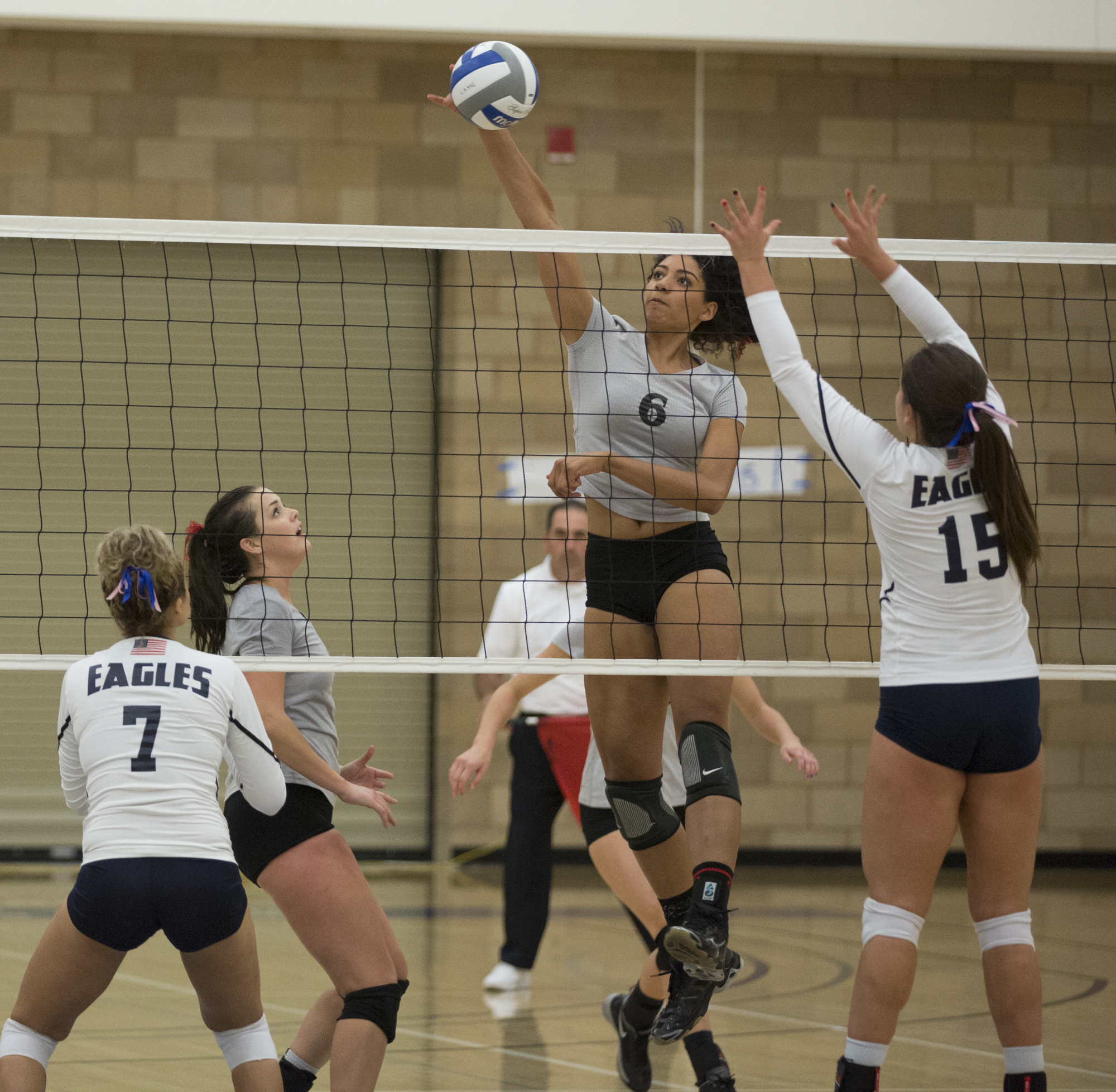 Barraza is a Pierce College alumni who played for the volleyball team while attending. In addition to playing for Pierce, Barraza also coached for the Brahmas from 2010-2011 as an assistant.

“Pierce is always a great team to go up against, Nabil does a great job at training,” said Barraza. “He does a great job of training his girls to work hard every play regardless of what it is, if they’re up or down.”

Pierce was aggressive during the game but had trouble gaining a steady lead during the first set.

Nabil Mardini, head coach of the Brahmas wasn’t surprised by the unusual slow start during the first set.

“For some reason we aren’t comfortable playing away from home, we struggled number wise so we just have to find a way to be more comfortable,” said Mardini.

In the second set, the Brahmas took an early 1-0 lead and the defense were able to make amazing blocks. The Brahmas easily took the set with a score of 25-16.

After an unfortunate loss against Santa Barbara, the Brahmas want to improve and come out strong against every opponent this season.

“My mentality going into this game was that because we lost to Santa Barbara, we’re going to take it out on every single team for the rest of the season,“ said freshman outside hitter, Kristen White.

The Brahmas finished off the third set with a close score of 25-21. Outside hitter, Zaire Dartis managed to make a great play to help her teammates take the win. Pierce went on to celebrate a 3-0 victory against the Eagles.

“During the next few games I would love to focus on my serving and getting more aces and becoming one of the top in the state,“ said White.

As the Brahmas come back home with a win, they will be hosting Cuesta College on Friday Oct.16 at 6p.m.