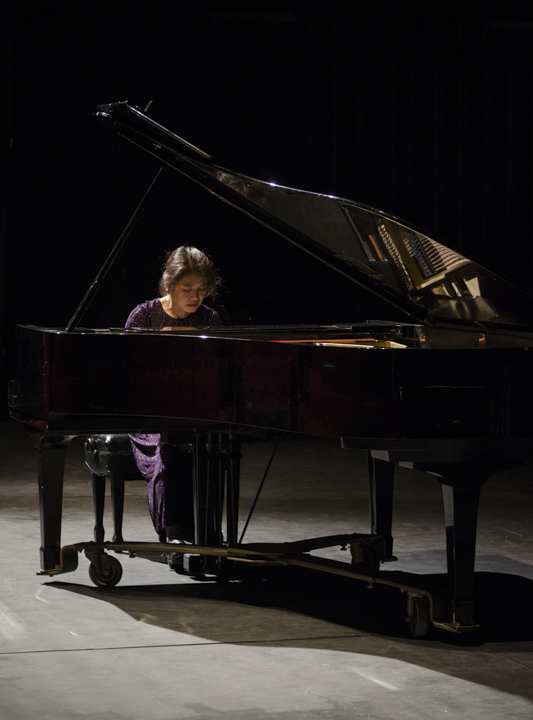 From New York to California, Anita Chang has played for a crowd since she was 8 years old.

It all started when she was being babysat at a neighbor’s house. Chang started playing the piano when she was 5.

“I told my parents I had to have piano in my life.” Chang said.

Chang has a DVD-Audio that features the Chopin Ballades, and it was rated four stars by Sound and Vision magazine in their review comments to “have the best piano sound of all.

Audiophile stated in its review that “even though Anita Chang is not well known, her performance is first class”

In her New York debut, music critic Harris Goldsmith wrote in his review: I felt that she gave the most imaginative, fiery and ultimately convincing account of her pianism and musicianship.”

Chang currently teaches at Los Angeles Harbor College in the music department and has performed at Pierce College.

As an alumna of The Juilliard School and member of multiple city symphonies including the Los Angeles Opera, Bergman is well-acquainted with Chopin’s work.

Professor of music appreciation, James Bergman, who is tasked with organizing the concerts at Pierce, is familiar with Chang’s unique sound and style.

“She has a very warm sound, a very rich sound.” James Bergman said.

Chang began her performance with a little background on the Polish composer Chopin and explained how Chopin redefined the piano.

“Chopin made the piano dance and sing, he made it weep and laugh.” Chang said.

Chang wanted to feature Chopin’s contribution to the piano.

“He brought the piano to life,” Chang said. “He is showing the whole world what this instrument can do.”

Chopin aimed to bring the music to life and said that music is “there to serve our imagination.”

New to Chang’s repertoire are the musical numbers Fantasie-Impromptu and Scherzo; both of which she learned a week before the performance.

“My favorite moment happened today. There were two pieces on the program I just learned a week ago,” Chang said.

“[Chang] put her all, she left it there on the stage. The pieces themselves were intricate, I enjoyed the variation,” Asia Herbison, a theater arts major, said.

“It was breathtaking and captivating to watch this performance,” said philosophy major David Gonzalez after the show.

Next week’s concert will feature the Los Angeles Baroque players and are held in the Performing Arts Center at 12:45 p.m. on Thursdays, throughout the semester.