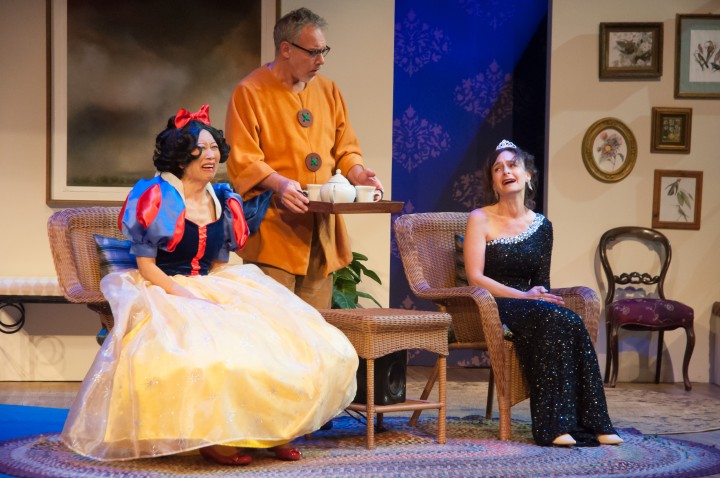 The Theater Department at Pierce College could have chosen a romantic, or dramatic for the theme of the first play of the semester. But they decided to go with silly.

The comedy “Vanya & Sonia & Masha & Spike,” written by Christopher Durang, is the 2013 Tony award winner for best play that the theater department has chosen to perform for its first play of the semester.

Christopher Durang wrote the comedy about the relationship between single siblings as they act like most siblings do, usually pushing each other’s buttons at any chance they get.
“As with every play, the faculty and staff considered over 100 plays to do,” said Michael Sande, the theater manager for Pierce College.

This play has a small cast of six actors, but Sande is excited for the show to open.
“I have been wanting to do this play for years,” Sande said. “This play is adapted for a small set. It is very intimate so the audience is right there.

Shaheen Vaaz is the director for this play and this is her first semester at Pierce College.
“I have always loved Durang,” Vaaz said. “His humor is absurd, whacky and very theatrical. I am still laughing.”

Vaaz says that she thinks the audience will enjoy this play.
“I hope they laugh a lot and are entertained,” she said. “I hope they are moved by what family is and what love is.”

Vaaz said that she thinks the cast is enjoying themselves as well. She says there is a lot of laughter on set and some people even “stay in character way too long.”
Durang’s work has never been done at Pierce according to Edward Salas, the theater technician.

“Students will like this more than some of the stuffy old plays,” Salas said. “It’s silly. If you like the beatles, part of the rights to this play is to allow the Beatles to be in the soundtrack.”

Opening night tickets are sold out, but tickets are on sale for the rest of the showings priced at $15 general admission and $12 for students. They will be showing this play from Oct. 23 to Nov. 1 in the Dow Arena Theatre at Pierce College.