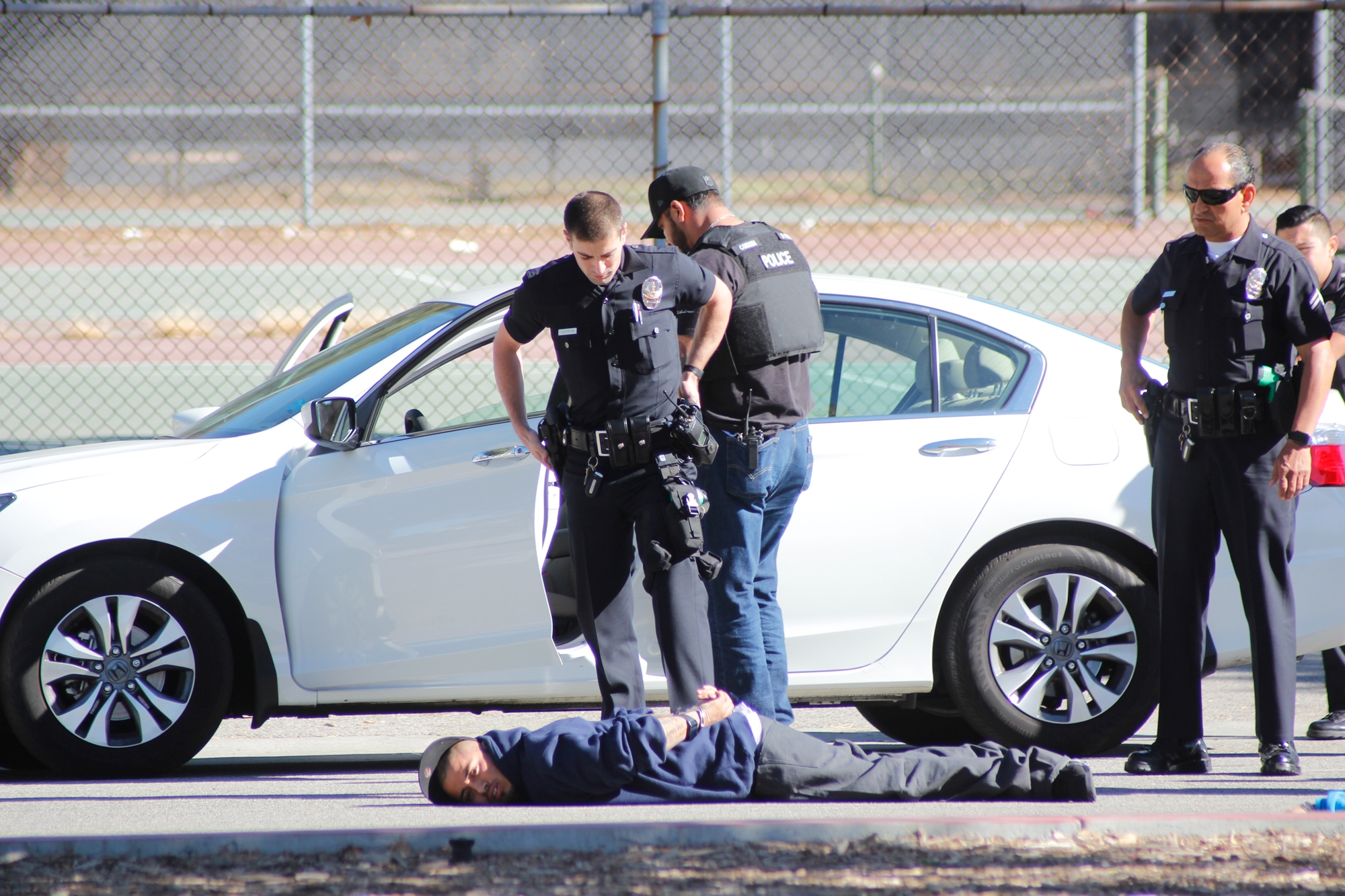 Students went about their business as usual during another one of Pierce College’s typically slow Fridays unaware that just down Winnetka Avenue LAPD officers were following a stolen white Honda Accord toward the campus. Officers noticed the car had no plates and discovered it was stolen after running the VIN number.
The driver of the car eventually pulled into Parking Lot 1 and was stopped in front of the Sherriff Station. Officers swarmed the car with pistols and shotguns at the ready. Students were told to keep back and were directed away from the area. Several police cars blocked possible escape routes from Parking Lot 1, trapping the stolen car. The driver and passenger were ordered out of the vehicle and onto the asphalt as officers moved in to handcuff them and begin searching the car. Two different license plates and a syringe were among the items found in the white Honda while the driver was arrested and put into the back of an LAPD vehicle. The female passenger had trouble standing and officers helped her to a curb before an ambulance arrived to take her away. The driver and passenger detained do not attend Pierce and no students were involved in the incident.