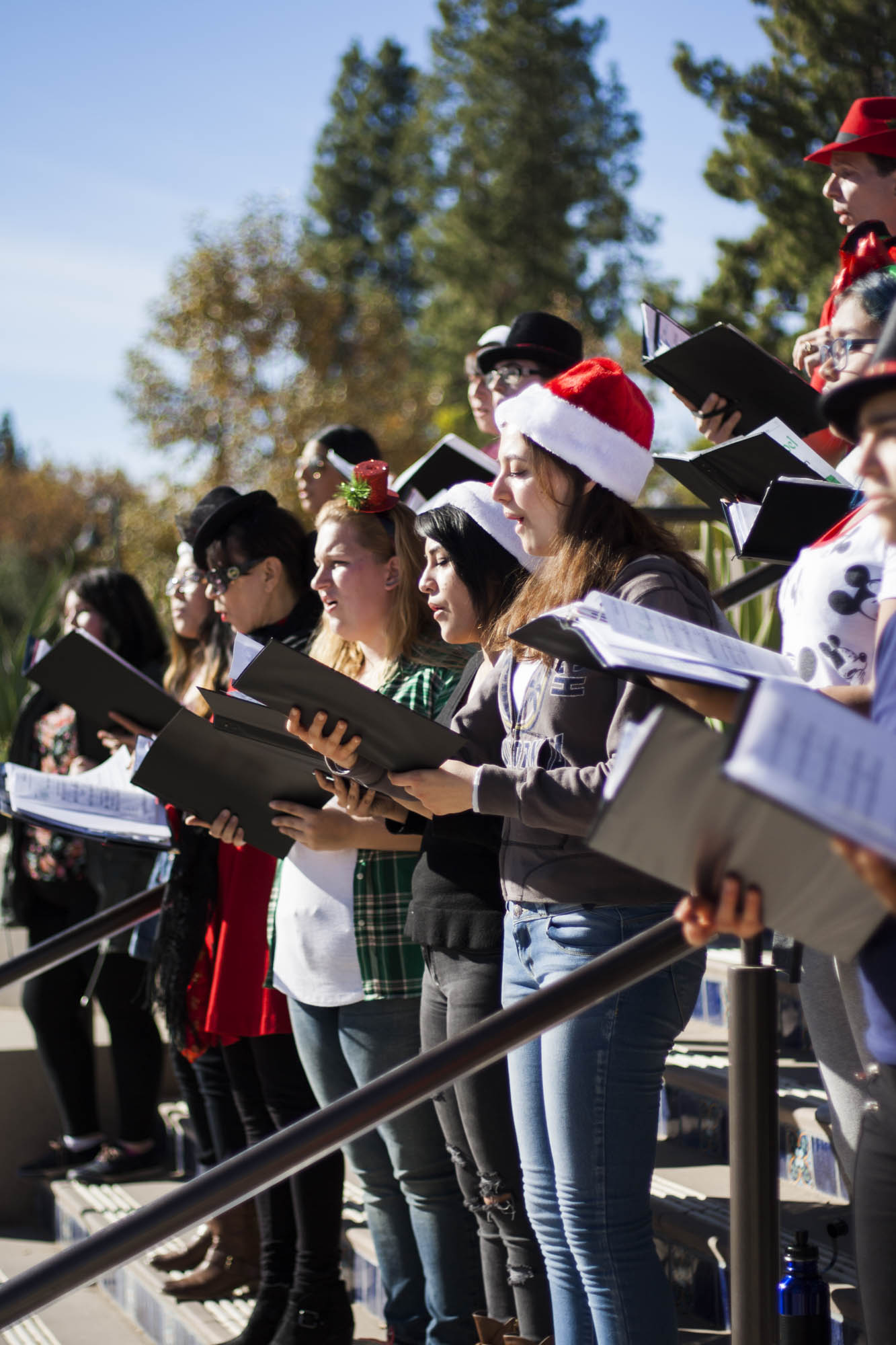 The Pierce College Choir spread some holiday cheer as they sang carols on different parts of campus.

From the quad to the library, the choir wanted students to get involved in this time of year.

Prior to making their first stop, the choir warmed up in their room as they got ready to go out and perform Christmas classics.

Carols include Silent Night, Feliz Navidad, among many others.

The first stop for the choir was the quad in front of their room. Few people were in attendance as they heard classic carols that they were familiar with. Each member of the audience had lyrics to sing along to.

Dr. Garineh Avakian-Akkus who is the Instructor of Music made it interactive with the audience as she told to clap and sing along with the choir.

The second stop for the choir was in front of the student store. As the choir began to sing, students got their phones out and recorded the choir. More people gathered around to witness as they were impressed with what they saw.

The choir went and performed in front of The Great Hall. More audience members gathered and people inside who were having a luncheon came out and witnessed the choir perform.

Dr. Garineh explains the purpose going behind the singing of carols, and her desire to have students attend the holiday concert.

“It’s to spread the cheer of the holiday season, to get people more involved, and to let them know we got a big music department up here on this hill that no one really comes too, and to spread the word.” Garineh said.

Stephanie Jones is a Music Therapy major and a current member of the choir. She loves the class and she says she learns on a daily basis.

“Dr. Garineh is an amazing instructor. She makes it fun. This is a good way to let students know that we are here. To let them know that we have a huge performance coming up. It also gives us a good practice performing especially in public.” Jones said.

Amanda Carreon is a music major and she is excited of singing carols, and also at the concert.

“I really enjoy holiday music,” Carreon said. “I’m excited about all the songs we are going to do. We also want the people to get excited for the holidays.”

The holiday concert will take place Dec. 17 at 7:30 p.m. in the Performing Arts Building.