The Roundup News The Roundup is the weekly student-run newspaper at Pierce College in Woodland Hills, Calif.
Home Features Happy trails with the hiking club 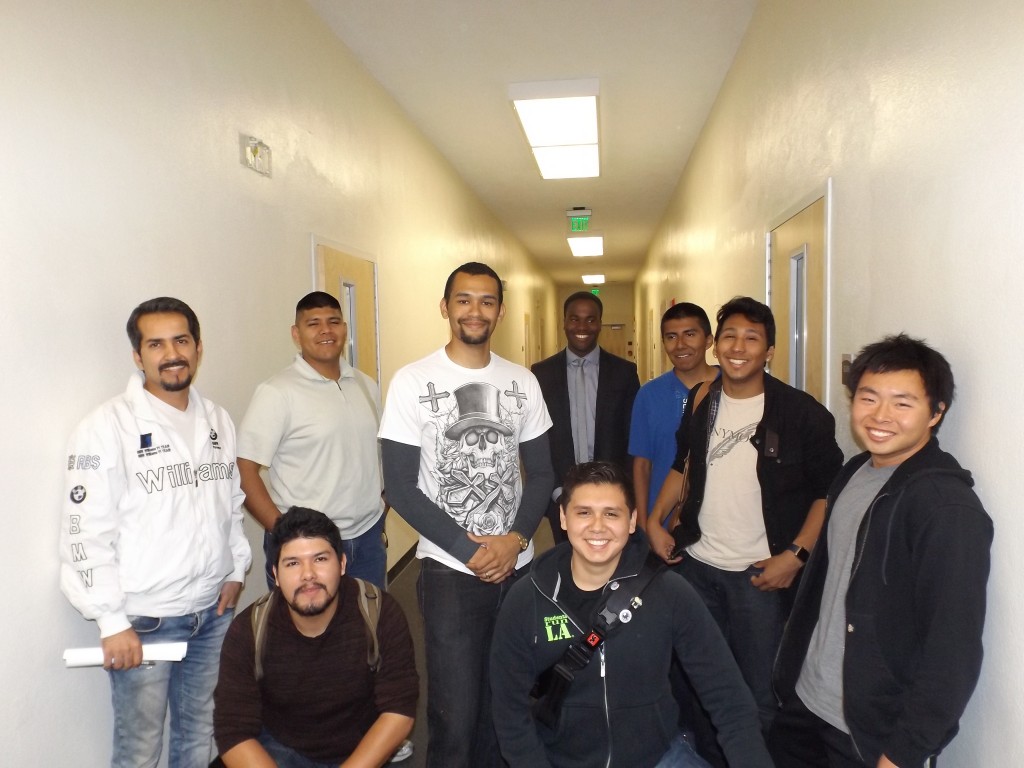 The modern day college experience is often described as a mix between exciting, nerve wracking, and fast-paced. Once the term begins, students must keep the pace with class assignments while juggling their work and personal lives.

It can be difficult to find a spare moment to decompress from the day’s trials. This was the dilemma that birthed the hiking club at Pierce College.

Club president Xavier Fierro believes hiking helps destress and ease the mind and body. As an anthropology major, Fierro has clocked long hours in class with little to no time for breaks.

“Hiking is a good aid. It helps you fight depression and anxiety,” Fierro said. “It’s like man is getting back to nature and nature is helping us be better inside and out so it’s really good.”

The hiking club at Pierce College was kick started in Fall 2014 by former club president William Yeromian. According to Fierro, the current president, Yeromian’s goal was to create an organization for students who enjoy hiking and seeking the outdoors just as much as he does. The club accepts anybody who wants to join as long as they have the correct hiking equipment and a passion for the great outdoors! When you have a passion, it begins to shine though, especially amongst people who have a similar interst. If you want to take up hiking or find out more about it, checking out something similar to the Outdoor Empire buying guide could help get you on the right track. It is better to know the basics at least, rather than nothing at all.

Yeromian is now studying at the University of California, San Diego.

“Our goal is introducing members to the activity of hiking, and the different benefits that it can provide,” Fierro said.

According to Fierro, hiking has been proven scientifically to combat different heart disease.

Every Friday from 12:30 p.m. to 1:30p.m. club members meet in room 3205 of the business building to discuss upcoming hikes and trails that they want to visit.

This Sunday the club will be hiking at the Cave of Munits, located in West Hills.

“The first time I went there it was amazing because it was my first California cave experience,” Fierro said.

During their hikes, the club tries to included small exercise routines.

Fierro has been a part of the hiking club from the start. He joined right after he got out of the marines, his first semester here at pierce. He is the former secretary, and moved up to president in spring of 2015.

Not only does the club just hike, but they give back to their community as well. If the club isn’t out hiking they are participating in the restoration of trails.

“We have volunteered time with the Tree People organization which restores trails, and helps with conservation efforts locally,” Fierro said. “But I am going to expand on more opportunities for members.”

Abraham Wesley Urias, Health Science major, has been a part of the hiking club for about two semesters now.

“When I got home from the military I realized that as I was growing up I didn’t explore the surrounding areas as much as I should have,” Urias said. “Now that I’m more involved with the community and going out with a more student based lifestyle, I can actually explore what my community is made up of.”

Urias enjoys the fact that he can explore within his own community.

“The big thing that makes us unique is having the mountain ranges on both sides and being able to climb and hike.”

Brandon Navarrete, neurosurgery major, is a new member to the hiking club. He will be experiencing his first hike with the club this Sunday.

“I’ve been hiking since I was young and I only really knew about one trail which is Griffith park,” Navarrete said. “Here at the hiking club they mentioned that there is going to be a lot of new trails and I would like to go out and explore them. That’s what made me want to join.”

Navarrete is looking forward to explore what the club has to offer. He would like to be a part of the club election and hopefully move up to secretary or Vice President.

These official positions help keep the club together.

“The most difficult part for every semester is keeping members. As time progresses people get busy and they focus more on their studies, which isn’t bad, it’s just they can’t stick around,” Fierro said.

The hiking club has much to offer and may benefit many. It’s a chance to meet people who share similar interests.

Last week during club rush, the hiking club had their tent set up on the mall and attracted a few new members.

The club is always welcoming new members and hopes to keep it growing.