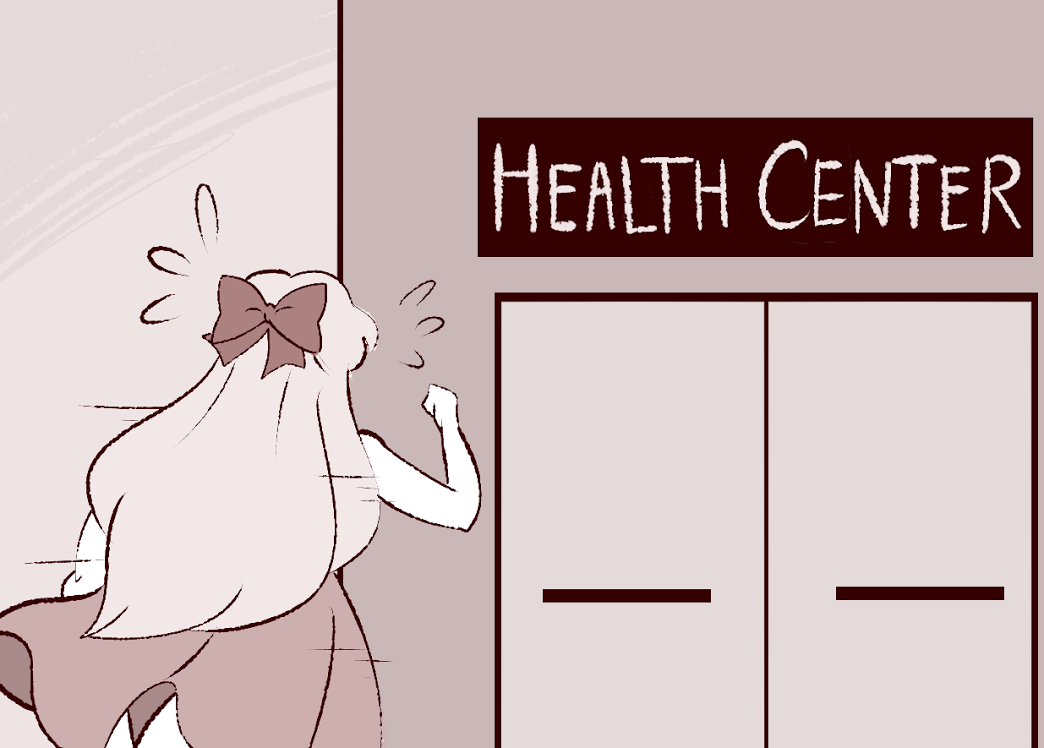 Menstruation is an unavoidable natural bodily function for half of the populous; however, feminine hygiene products are not typically provided to the student body where they need them the most— the restroom.

While this issue may seem to only affect women, men should also be involved to lift the taboo on the discussion and ensued humiliation of an unavoidable and sometimes unpredictable natural process.

Opponents to this idea argue that women should learn to expect their menstrual cycle and plan accordingly by bringing feminine products with them.

However, while it is true that women have a rough idea of when they will start their period, it does not necessarily follow that they have or will ever narrow it down to an exact science.

According to Kiana Deffenbaugh, a maintenance worker managing the North and South Gyms, she only knows of three dispensaries that are currently installed.

“We don’t stock them. We don’t have the supplies to stock them.” Said Deffenbaugh.

86 percent of women in the U.S reported they have unexpectedly started their period in public without access to feminine products, according to a 2013 online survey by Free the Tampons.

In the same 2013 survey, when women were asked about their emotional experiences when caught in a restroom without a pad or tampon, 57 percent of women felt embarrassed, 43 percent felt anxious and stressed and 35 percent felt panicked.

No one walks into a restroom expecting it to be absent of toilet paper, paper towels and soap. Generally, those things are provided as a form of sanitation and personal security. Why is it that feminine products are left out of the mix?

By not addressing this issue, colleges will be ignoring over half of its student body. According to an article by the Boston Globe, 55 percent of students currently enrolled in college are women.

The availability and easy access to feminine products within Pierce’s restrooms will provide women with peace of mind and will prevent situations of social humiliation and panic often felt when one begins her menstrual cycle.

When confronted with an unexpected start to their period, without easy access to the necessary supplies, women have been known to cut class or stay at home. Many women are forced to improvise with toilet paper or other means if they lack access to them – possibly risking infection.

After a 49-0 vote on legislation that would require feminine hygiene products to be provided free of cost in bathrooms in New York public schools, homeless shelters and prisons.

Mayor Bill de Blasio quoted City Council Member Ferreras-Copeland, “ ‘A young girl should not have to tell her teacher, to then tell her counselor, to then be sent to the nurse’s office, to then be given a pad to then go back to the bathroom while a boy is already taking his exam in his classroom.’ ”

Based on New York’s statewide estimation, the total cost of providing feminine products averaged $2.5 million — which is only a fraction of the $20 million women in California currently pay annually in luxury taxation alone of feminine products.

According to Nancy Kramer, founder of Free the Tampons, it would only cost a school $4.67 annually per student to provide pads and tampons in restrooms.
Pierce’s Health Center would only have to install tampon dispensaries to all bathrooms on campus and provide its student body with the necessities already available to them. The only difference would be that they would be more easily accessible where women actually need them.

The Roundup News
The Roundup is the student-run news outlet at Pierce College in Woodland Hills, Calif.
Previous articleCon: Living on campus
Next articleGraphic times call for graphic measures