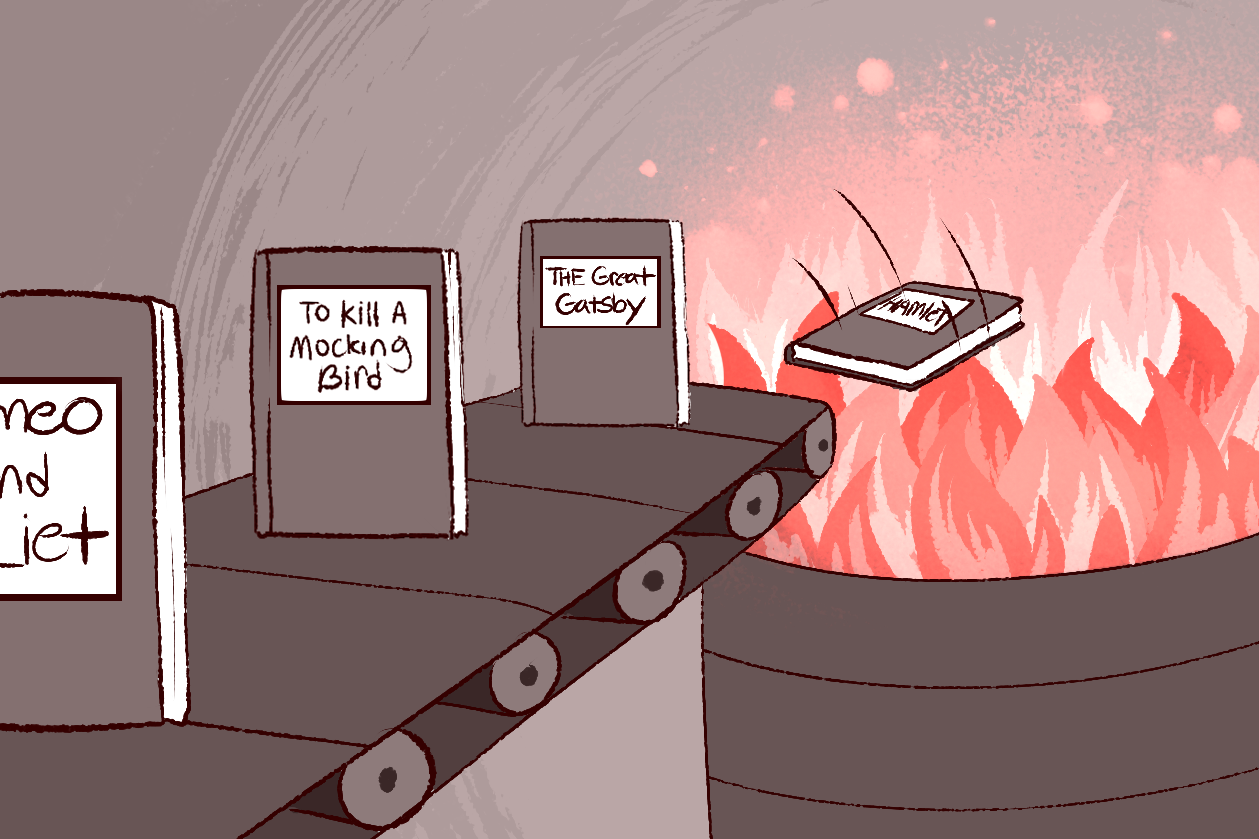 The practice of banning books is a form of censorship either for: political, legal, religious, or moral motives. Banned books include fiction and nonfiction stories such as novels, poems, plays and biographies.

They should not discriminate any type of information on the basis of age, sex or race, which means that people can check out whatever materials they choose.

Librarians do not judge the content of books on whether or not it would be suitable for all audiences. However, the libraries may request that parents and guardians of minors monitor their selections.

Each book has been banned for several different reasons, but some have been taken off the banned list and released to the public.

In response to the current complaints of banning books, several organizations such as the American Library Association (ALA) and the Freedom to Read Foundation have employed various civilians to help combat book censorship in all its forms.

Some books have been banned for almost 100 years. However, before a book becomes banned, someone must first try to challenge it. The ALA defines a challenge as an attempt to remove or restrict materials based upon the objections of a person or group, and a successful challenge would result in a ban of the book.

According to the ALA, “The Catcher in the Rye” was the most censored book in high schools and libraries in the United States. In 1981, it was both the most censored and the second most taught book in U.S. public schools.

Some other well-known books that were banned, but have now been re-released for the public, include Alice’s Adventures in Wonderland, American Psycho, Catch-22, and The Da Vinci Code. In addition, the Bible is currently banned in several countries due to its religious viewpoints.

As of 2015, the top five most challenged books are “Looking For Alaska” by John Green, “Fifty Shades of Grey” by E.L. James, “I Am Jazz” by Jessica Herthel and Jazz Jennings, “Beyond Magenta” by Susan Kuklin, and “The Curious Incident of the Dog in the Night-Time” by Mark Haddon.

Libraries are now beginning to host an annual event named Banned Books Week, which is dedicated to presenting books to the public that were once banned.

According to the ALA President Carol Brey-Casiano, “Not every book is right for every person, but providing a wide range of reading choices is vital for learning, exploration and imagination. The abilities to read, speak, think and express ourselves freely are core American values.”

Different books reach people in different ways. Each book is targeted for a certain age group. For instance, a book like ‘Fifty Shades of Grey’ is not intended for adolescents. It is up to the adults to oversee what their children are viewing or reading. However, it’s not up to them to try and censor what the rest of the public views as appropriate.

The books that were once banned are now major stories that people have enjoyed  indulging themselves in and will continue to enjoy for years to come.