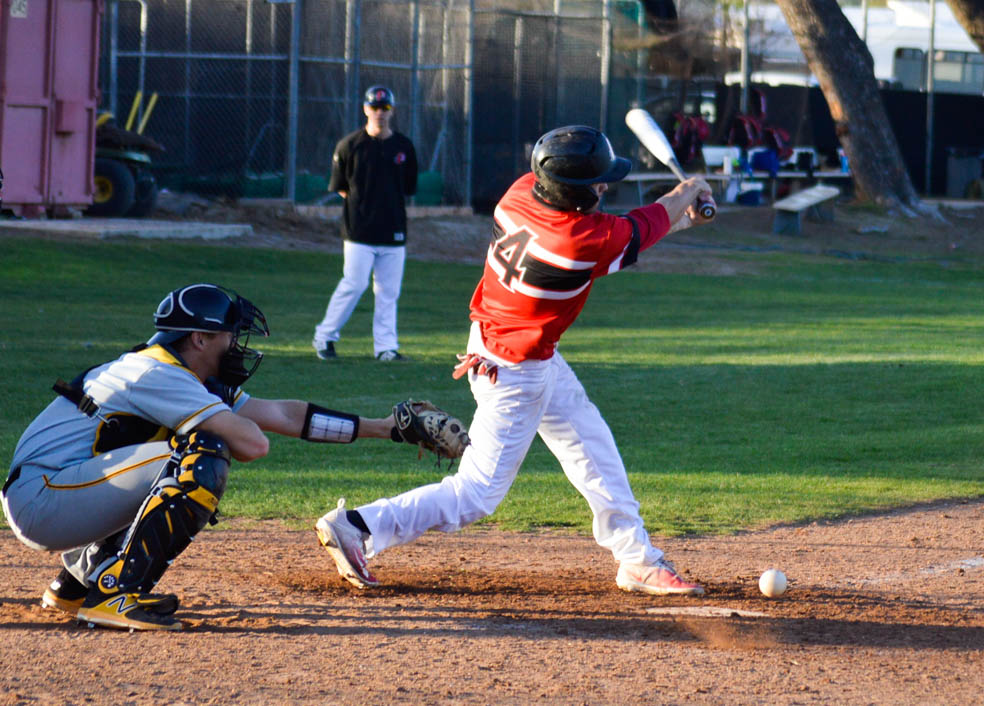 The Brahmas started slow on Tuesday against Taft College but ended the day with a convincing 17-8 victory, powered by an 11 run fifth inning.

Taft took the lead in the first three innings however, in the fourth inning Pierce took control.

“Earlier in the game we made some mistakes I actually called them and talked to them about it,” Head Coach Bill Picketts said. “We missed a fly ball in the first inning, a ground ball in the third inning, it gave them the four runs. By getting down early it is always a challenge but I thought they did a good job at responding.”

Brandon Lewis led the way with six hits in the game.

“I was trying to hit the ball hard and play as hard as I could and it just  happened.” Lewis said. “We definitely started slow but it is starting to go our way. We are definitely going on the right path this season.”

Starting pitcher Andrew Ochoa recognized some of the challenges that the team faces after a slow start to the season.

“Coming back after letting the league get away from us, we had to fight back which was kind of hard for us,” Ochoa said. “But we pulled it out and got the W today,”

Ochoa also noticed something he saw from the other team that he believes his team should incorporate, in hopes to get another win in their next game.

“I saw them execute with two outs and we should be able to do that too.” said Ochoa. “I feel like we are going to do better in the next game. We are building off of this game and I hope we get another win.”

Both teams gave their all, but the Brahmas made it tough for Taft to score after the third inning.

The next game is scheduled for Wednesday, Feb. 15, against Glendale. Coach Picketts believes their next game will be a good challenge for his team.

“We’ve got Glendale tomorrow, they are good they are always a good team, so it’s a good challenge for us.” Picketts said. “We are moving in the right direction we got some pieces that we need to figure out but I am excited to get through the preseason and to get into conference, I think it is going to be real when we get into conference.”