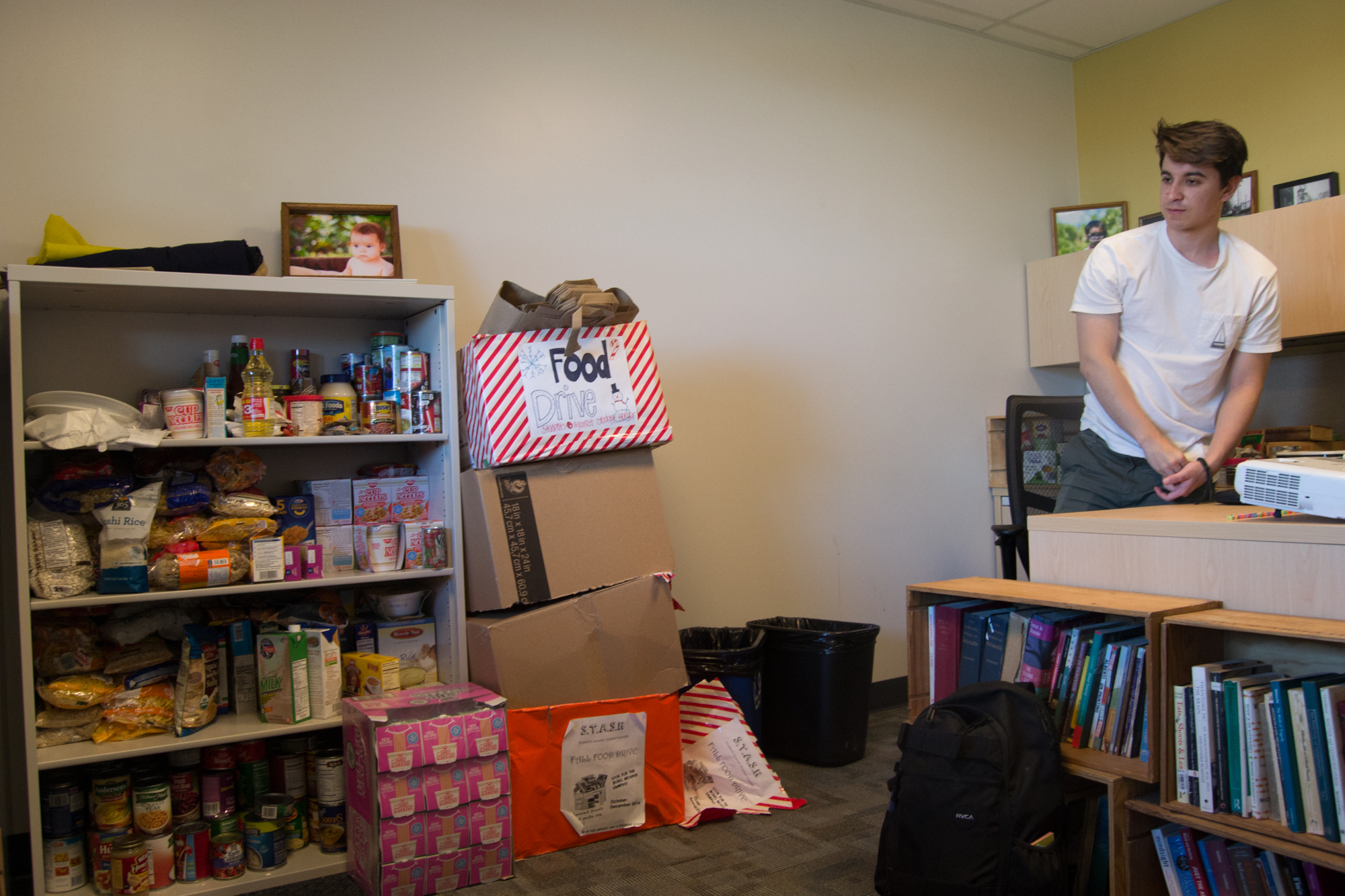 Outward expressions conceal internal struggles—Every day,  homeless students pass by, hiding in plain sight, struggling to pass classes, not knowing where their next meal will come from, while the rest of the student body is none the wiser. This student-led food pantry seeks to change that.

According to Juan Ornelas, the president of the Students Against Student Hunger (St.A.S.H.) club, there are 250 students at Pierce who are registered as homeless or hungry.  St.A.S.H. was founded in summer 2016 with the goal of ending student hunger.

“We saw this issue right under our noses that no one was doing anything about,” Ornelas said.

The club members spent the fall semester gathering food through donations and outreach. This semester, they are hoping to give away as much food as possible to students in need. The St.A.S.H. pantry is open Tuesdays from 2:05 to 3:30 p.m. in Iris 910.

“The beautiful worry is that we will get rid of it too fast,” Club adviser Christopher Lay said.

At the pantry, Ornelas waits to give away the food that has been gathered. He said that when students stop by the pantry, he takes food off the shelves and packs it in bags for them to take. If students have any specific dietary needs, he can pack accordingly.

According to Ornelas, the pantry has been open for two weeks, and not many students have come so far, but this does not discourage him from moving forward with the club.

He said he has spoken to members of similar clubs at Cal. State Northridge for advice.

“They told me that the first month can be a little slow, but over time, more people start coming consistently,” Ornelas said.

Lay hopes to work with the club to raise awareness of student hunger and de-stigmatize it.

“If you’re hungry, you can’t learn well,” Lay said. “We want to normalize the idea that food is part of one of the things that are necessary for success. We want to make this resource as normal as going to the library. Students shouldn’t have to feel embarrassed that they need help.”

Mary Anne Bromley, a nursing student at Pierce, did not know that there are students at Pierce who are hungry or homeless and had never heard of St.A.S.H.

“That’s a pretty amazing thing that the club is doing for the students, and I would definitely consider looking into how I can get involved,” Bromley said.

The club plans on spreading more awareness throughout this semester through events and advertising. Lay said that they are trying to organize an open mic night as well as a fundraiser for the club this semester.

According to Ornelas, there are around 130 students on the club’s email list and about 10 to 15 active members.

“Even if the people on the email list don’t show up to meetings, they’re still informed and aware of what is going on, so I don’t feel like that’s a waste at all,” Ornelas said.

Students can get more information about joining the club, donating food and receiving food by contacting the club at foodclubdrivepiercecollege@gmail.com.