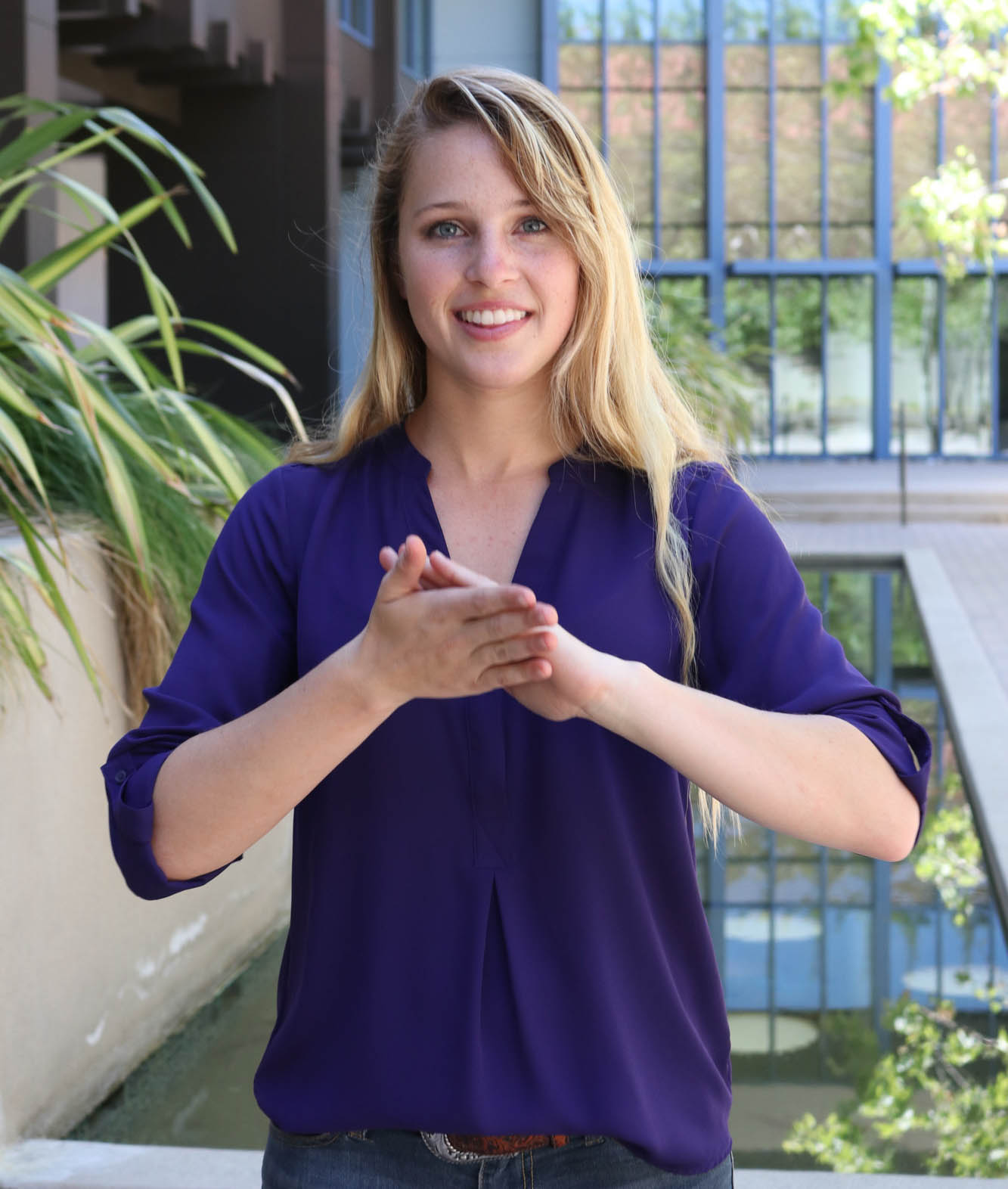 A key part of an addict’s recovery process is being of service to their community.

When Meghan Hunt returned to high school after spending two months in an adolescent treatment center at 15, she soon found the passion that fueled her ultimate act of service: creating an accessible recovery program for deaf addicts.

Hunt, 23, decided to get sober after realizing that she didn’t like what her life had become.

“I’m an alcoholic,” Hunt said. “I was not happy with my life and what was going on and something needed to change. At meetings, it wasn’t like being a little kid on the playground and being watched or bullied. No matter what I had or brought to the table, no matter what I felt, I was loved and accepted.”

Hunt said that when she got back from the Cottonwood Treatment Center in Arizona, she had fallen behind in her Spanish class, so she decided to take American Sign Language instead.

“By the second week, I came home from school and told my mom that I was going to be an interpreter,” Hunt said.

Hunt is majoring in Deaf Studies at Cal. State Northridge (CSUN) and takes classes concurrently through Pierce’s interpreting program. She will graduate at the end of the semester.

Hunt said that while she was taking her sign language class and attending Alcoholics Anonymous meetings, she noticed the lack of resources available for deaf addicts. So hopefully, in the near future, there will be more services and sober living opportunities similar to Ascension House – Structured Sober Living that cater to deaf addicts.

“There are deaf alcoholics,” Hunt said. “I noticed that there’s not a lot of interpreters or other services there for them at the meetings.”

When she was first asked to interpret at a meeting, Hunt said she struggled through it, but the man she interpreted for was very appreciative of her service. This sparked her idea to create more accessibility for deaf addicts.

“After that, I started doing a lot of research and looking at different interpreters who do this,” Hunt said.

According to Hunt, there are only eight Alcoholics Anonymous meetings a week that are specifically for deaf people between Ventura County and Santa Monica.

“I think that’s sad because every day, from 5:30 in the morning to 11 at night, in that same location, there are over 500 meetings a day for hearing people,” Hunt said. “It’s really limited for deaf people. They have to rearrange their schedules just to go to those particular meetings.”

Hunt also said that recently, a deaf woman couldn’t get a ride to one of the meetings, so she interpreted the meeting for the woman through FaceTime.

“There’s so much more in treatment than just meetings,” Hunt said. “There’s the interactions with other clients, there’s the dinners and the meals, and you can’t have an interpreter there 24/7, so we’re trying to restructure the program to have it accessible for deaf people.”

Hunt said her long-term goal is to create an all-deaf program for addicts trying to achieve sobriety because she said deaf people work best when they are with other deaf people. However, she said she doesn’t want to be the person running it all.

“I want to set everything up, but really, it’s the deaf community who should be running this and taking control and taking charge,” Hunt said. “I’m just here getting all of the pieces and putting it together so that they can run with it.”

Fellow student and friend Stephanie Conley met Hunt through the interpreting program at Pierce. Conley said she believes Hunt is the best person for the job.

“In our interpreting class, she’s definitely the most skilled at this stuff,” Conley said. “There needs to be more spotlight on the deaf community, specifically for people who are trying to get sober.”

Conley said that she admires Hunt for merging her skills and talents with her passion for helping those struggling with addiction.

“She’s combining both of her loves: being sober and going to AA meetings and wanting to be a part of the deaf community,” Conley said. “I think it’s a great thing for her to do.”

Victor Cavares, a graduate of CSUN’s Deaf Studies program, said that although Hunt can hear, she cares deeply for the deaf community.

“She’s kind of leading from behind,” Cavares said. “It’s not a selfish motive at all. She’s doing it as a community-based, deaf-centric thing, but she’s not the center of attention here.”

“I’m learning. I’m being of service and I’m supporting them,” Hunt said. “All of it, in general, is so rewarding.”