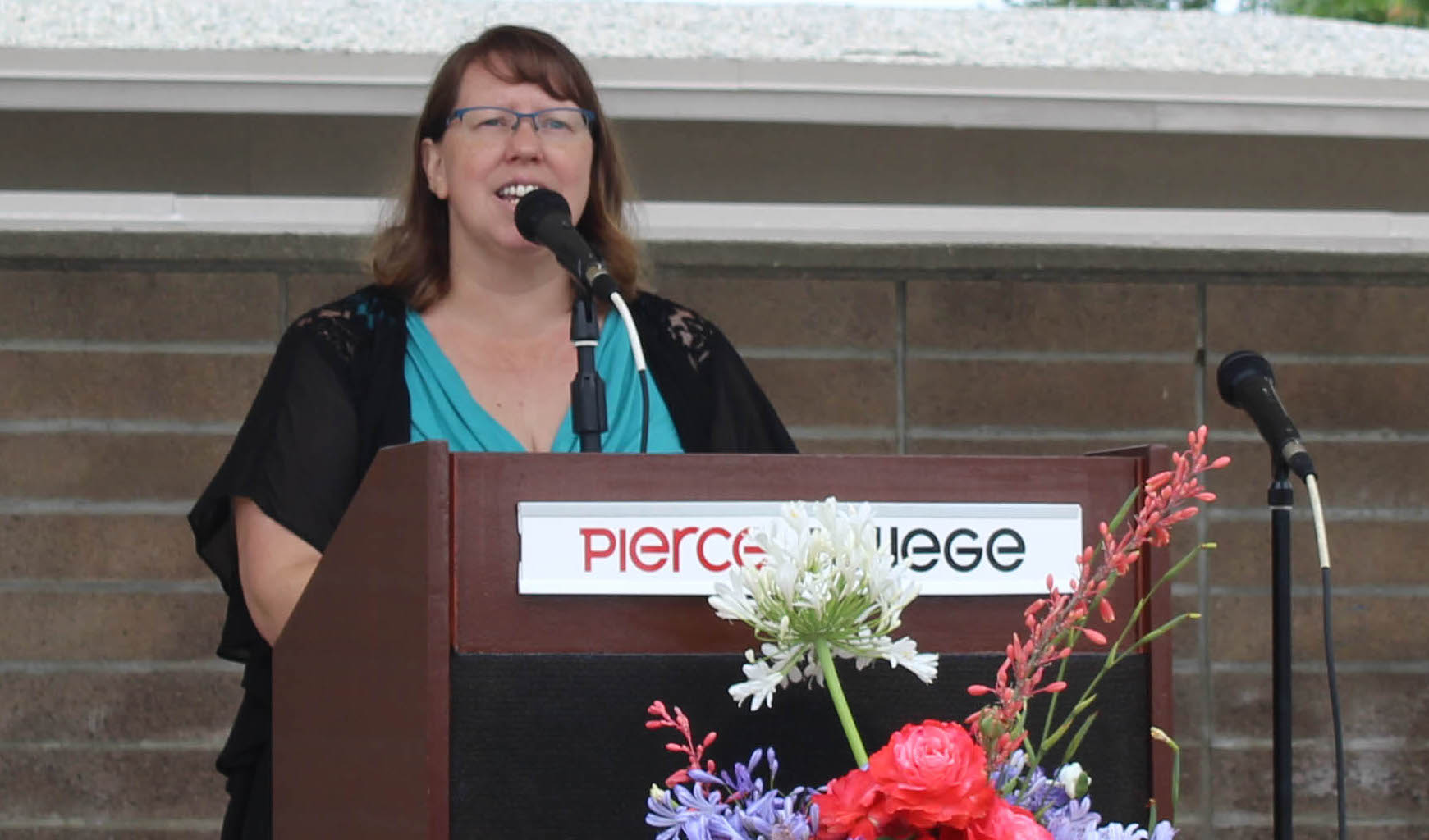 The Performing Arts Center is usually scattered with students hanging out between classes, but today hundreds of people gathered for the student awards brunch ceremony that marked the start of graduation day.

The award recipients were joined by their loved ones. President Kathleen Burke was also in attendance as she gave out the first award of the event. The President’s Award went to Jason Cascio.Microsoft Compatibility Telemetry

“Being a student leader has taught me so much about myself and what I wanted to do and I’m really excited to be your commencement speaker tonight,” Robin said.

Robin’s grandmother Eileen Robin was there to support her as she will be speaking at graduation tonight.

“I am so proud of Lauren as she studies so hard,” Eileen Robin said. “She is such a wonderful girl. I have so much faith that she will achieve whatever she wants to in her life.”

[Eileen] Robin mentioned that her granddaughter wants to become a senator of the United States and that she is transferring to UCLA which is where her husband graduated from.

Athletic Director Bob Lofrano presented the awards to the athletic recipients. However, Lofrano announced each of them with a twist. They gave a little demonstration of the sport they played while he named the award they won.

Brandon Lewis, Will Picketts and Nick Pico were given the Barry Zito Baseball Scholarship of Excellence Award.

Women’s swimmer, Nina Farivar, was awarded the Female Scholar of the Year while baseballs Tommy Wilson named it for the men.

Farivar was so honored to get recognized for academic achievements at the brunch. She plans to transfer in the fall.

“It feels really nice especially considering in community college everybody is coming and going,” Farivar said. “So definitely to be recognized for what you do here is really nice.”

Farivar had to find a way to balance her academics with the sports. She was on both on the water polo and swim teams.

“When I came to Pierce I was set on getting through everything and I loved the sports I played. I have played them ever since I was in high school so they are my passion,” Farivar said. “I wouldn’t be able to have done it without the coaches help in balancing my schedule of classes and practices.”

The graduation ceremony kicks off at 6 p.m. at Rocky Young Park and those attending can use the hashtag #LAPCGrad2k17.