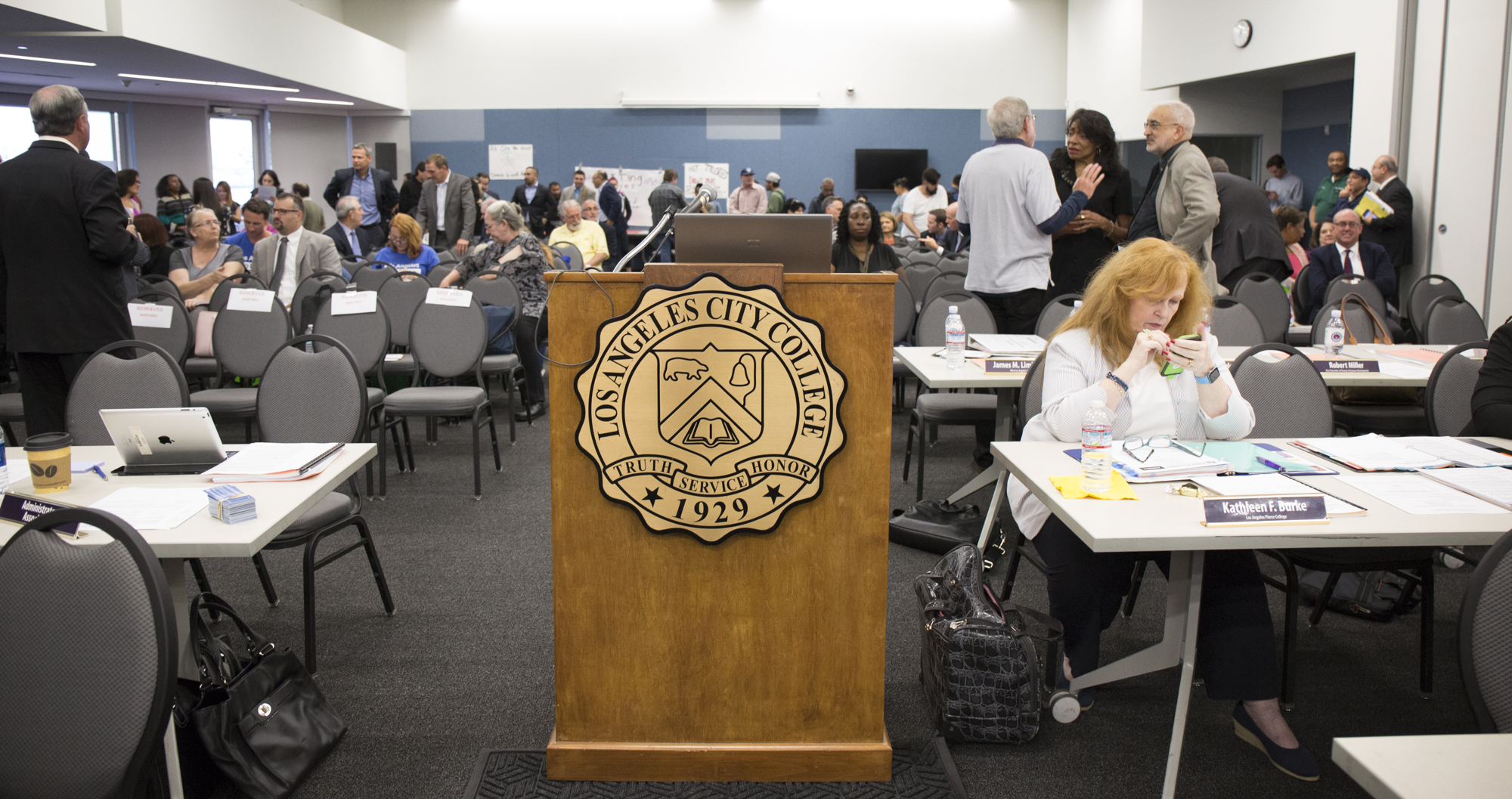 Beginning fall 2017, all LACCD schools, including Pierce College, will be catered by one company- Pacific Dining.

The decision was made during the Board of Trustees meeting on Wednesday, June 7, at Los Angeles City College. The board voted on topical issues, including contracting one vendor for all nine campuses.download Showbox for pc

To make room for the new catering company, all other food services on campus, such as Falafelicious and the Hot Sauce food truck, will no longer be permitted on campus.

This caused some controversy and many were questioning the outreach that was given.

“I am concerned about not putting it out widely enough for our small, minority-owned businesses to be able to apply,” board member Andra Hoffman said.

Voting no on the issue in attempt to keep the individual vendors on campus in business, student trustee Christopher Martinez expressed some concern about the monopolization of the food services on the campuses.

“I’m from LACC, my small vendor has been here for a long time. Not even he knew that was going to happen, that another company was going to come in and enforce other campuses,” Martinez said. “I just want to make sure that both sides have equal footing.”

Because of other issues, such as price and timeliness, board members were questioning the decision that was being made.

“I am very concerned about what the cost is going to be for our students. I haven’t seen what the price point is for the meals that they’re going to be making,” Hoffman said. “I’m also concerned about the timing because we have two kitchens that are not yet complete, one at City College and one at Southwest College.”

Board of Trustees President Scott J. Svonkin said this is a positive change for the district.

“When I got elected to the board, not all nine colleges had food

service. This, for the first time in 10 years, will get quality food in all nine colleges. It’ll get consistent food,” Svonkin said.

Although some LACCD campuses do not have food services on campus, many believe that this “one size fits all” approach is the wrong way to tackle the issue.

“Enrollment is already down, let’s try to hear what’s going on at the campuses and the types of food services that they’re really interested in and not just try to ram it down their throat. I suggest that they have the committee go back and see what the campuses want,” president of the staff guild 1521A Velma Butler said.

Hoffman agrees and said that colleges that are capable of providing food services should be allowed to continue to do so.

“Every college is unique, so I kind of feel like every college should be able to make that decision for themselves,” Hoffman said. “If they can’t, then fine we can use the vendor for those other colleges, but if colleges have something that’s working for them, I would like to try to support that.”

The committee went through a ten-month process in which they surveyed LACCD students across all nine campuses to test satisfaction rates of food services on campus. However, Bass said these surveys are misleading because the Pierce Food Court was vacant at the time of the surveys.

In an attempt to prove the numbers wrong, Bass has gathered 4,000 student signatures petitioning against the change. According to trustee Nancy Pearlman, never in her 16 years on the board had she heard of 4,000 students signing and supporting a cause.

However, there was little turnout at the meeting, which Svonkin described as a “handful of people,” willing to contest the issue.

Bass expressed his dismay after the lack of help he received on Wednesday night.

“We’re disappointed that we didn’t get any support from Pierce College,” Bass said. “I’m talking about administration, nobody showed up to say anything. They did tell me behind closed doors that they were supporting us, but at the end of the day, everyone’s worried about their job. We’re just worried we didn’t get treated fairly.”

Bass and other food vendors across the district say they’re plan on appealing the decision.

“We’re not just going to sit back and let it happen. We’re going to fight this thing until the last second,” Bass said.