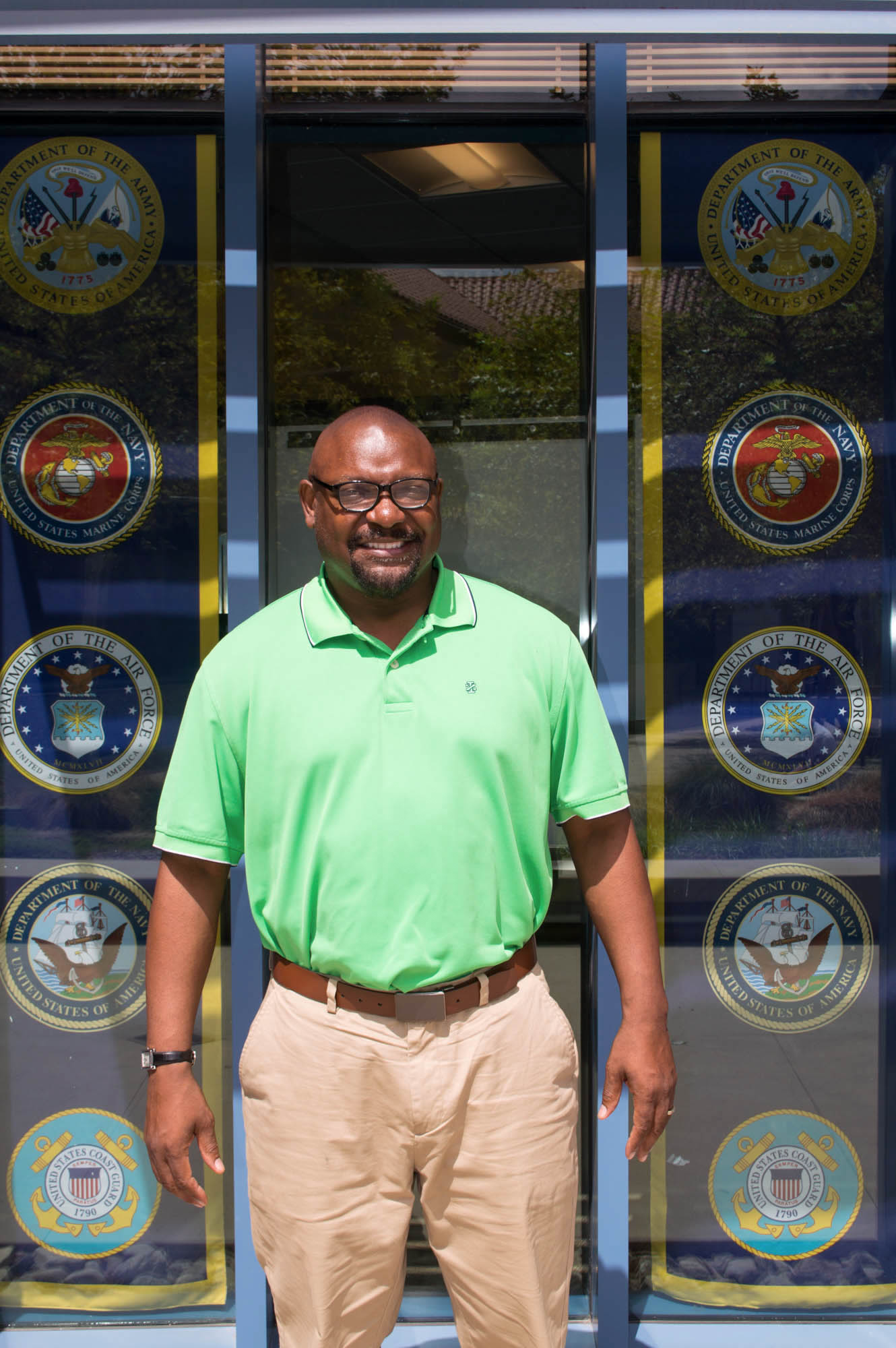 From a little corner in the Financial Aid office, the Veterans Resource Center is unveiling a new space dedicated to support the needs of returning military students.

Dean of Student Engagement Juan Carlos Astorga said that there are plans for a grand opening on Veteran’s Day, Nov. 11, of this year.

The resource center, tentatively referred to as the Veterans’ Huddle, was established in the Library / Learning Crossroads (LLC) building during the spring 2017 semester and offers a space for veterans to gather, complete their homework, and provide resources that aid them during college.

Adjunct instructor Charles Johnson, a veteran with 26 years of active duty, is on special assignment with the new resource center. He said that the center exists to support and promote academic success among veterans.

“The goal here is education,” Johnson said. “We want to make sure that your long-term goals are defined and that we got you on the path to achieve those goals. The resources are here to help you become a successful student.”

The Veterans Resource Center refers students to internal services on campus such as counseling and tutoring, helps explain military benefits, and allows access to computers to complete schoolwork.

These resources aid one of the center’s primary goals, which is to help veterans acclimate from a military environment to an educational environment and become successful students.

As a veteran who went to college after his military service, Johnson said that one of the largest struggles is dealing with the structural differences between the military and the educational environment.

“Whether they’ve done two years or 20-something years, veterans are like anybody else. The only difference is that, because of their unique experiences, there’s a little more transition,” Johnson said. “The military teaches you how to do a task and do it well; college teaches you how to really look at something and think about it. It’s moving from being a tactical individual to a more strategic individual.”

According to Johnson, the struggles faced by veterans in the college environment do not indicate any inability to perform well academically, and they often prove themselves to be model students.

It is Johnson’s hope that, through the new center, veterans are connected with resources and guidance that help them perform to the best of their capabilities, so that they feel they belong at Pierce.

According to Director of Financial Aid Anafe Robinson, the Veterans Resource Center has been a long time coming.

Robinson said that Pierce College’s need for a resource center dedicated to aiding veterans was discovered through a survey she conducted years ago. However, the college experienced difficulty allocating a spot for the resource center to occupy.

“Real estate within the campus is fairly hard to come by,” Robinson said. “Especially when we used to have construction, a lot of areas were closed off.”

In spring 2016, Astorga met with the Pierce Veterans Club, and the need for space and resources for veteran students was reiterated. According to Astorga, proposals for a Veterans Resource Center were discussed in fall 2016.

“We asked what we could do to provide a tangible space that would help our veteran student population feel understood, validated and supported,” Astorga said. “Then we took that and started to have conversations with our Student Services division about what that might look like.”

Astorga said that a transitional space in the LLC building that had no dedicated use was provided as a starting ground for the Veterans Resource Center. During the spring 2017 semester, an office was built in that space and began providing services to veterans, though it did not have an official opening.

“It’s not the largest space, but it’s a good beginning. I’m confident that we’re going to be able to grow it as time goes by,” Astorga said. “I’m really excited about the possibility of our students turning a corner, walking into the Veterans Resource Center, and saying, ‘Whoa, there’s something for me here.’ I hope that acknowledgement will help them feel connected, validated and appreciated, so that they become the scholars that they are meant to be.”