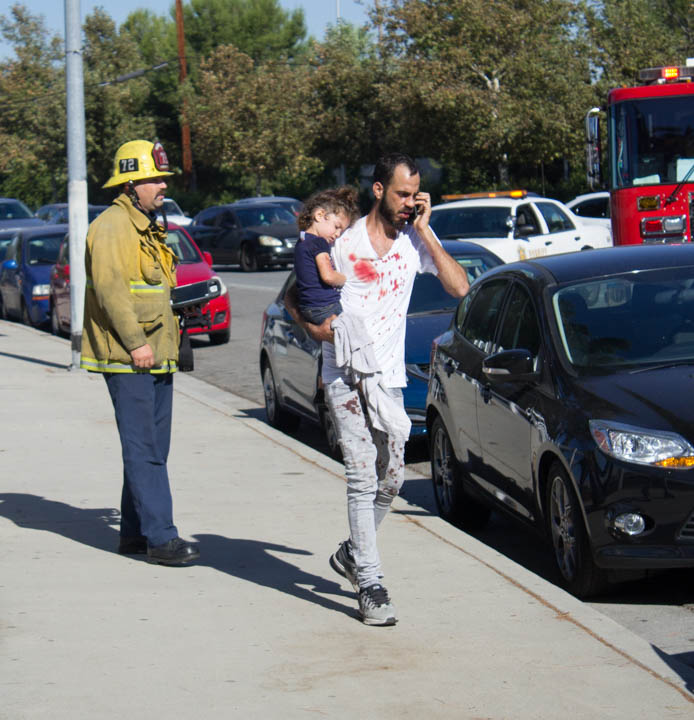 A car slammed the brakes to avoid a jaywalking pedestrian causing a three-vehicle accident on Victory Boulevard at 9:30 a.m.

According to Deputy Isaac Jorge, a young person crossed the street at a non-intersection, causing a vehicle to suddenly hit the brakes to avoid him. The car behind rear ended it, and the vehicle behind it, rear ended that car, creating an “accordion effect.”

The driver of the third vehicle broke his nose. Ambulance and paramedics were called to the scene because a toddler was also in the car.

The child was checked on by LAFD, and Jorge said that no one will be transported to the hospital.

Whenever a multi vehicle accident takes place, there is always a possibility that drivers and passengers might become injured. With this in mind, if ever you are injured in a car accident, it is vital that you seek legal advice from a personal injury attorney.

Moreover, when a negligent driver sets off a multi-vehicle accident, a crash can involve multiple vehicles within a matter of seconds. These crashes can be particularly dangerous on highways where vehicles are traveling at fast speeds, and the resulting pileup can be huge. Furthermore, victims of these injuries can suffer catastrophic injuries, such as traumatic brain injury, paralysis, amputation, internal organ damage, or burns.

The law surrounding personal injury cases is often complex and therefore it is vital that car accident victims get the necessary support and compensation that they deserve. Above all, a court case can get to the bottom of an accident and determine who was legally responsible.