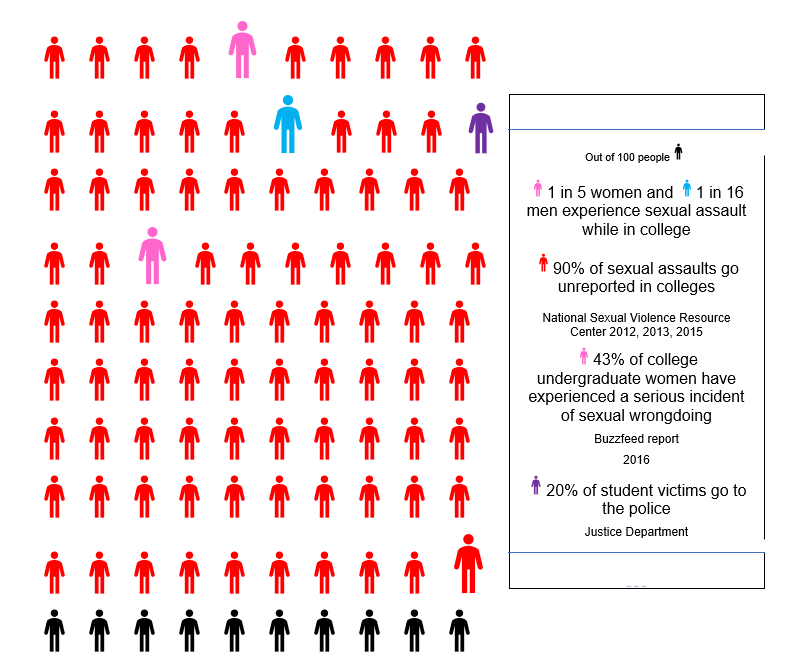 After the rescission of Title IX, Pierce College is taking steps to educate and strengthen the campus community to protect faculty and students from violent crimes.

On Sept. 22, United States Secretary of Education Betsy DeVos announced plans to rescind aspects of Title IX. Specifically, the Obama administration’s “dear colleague letter,” which were guidelines on procedures should an act of sexual harassment or assault occur under school jurisdiction.

According to Genice Sarcedo-Magruder, the dean of student services and equity, the rescission of Title IX doesn’t mean that the policies are going away.

“Until they change a law, this is just guidance,” Sarcedo-Magruder said. “We are going to continue with our policy procedures as we have them now.”

However, Sarcedo-Magruder said that rescinding Title IX is a disservice to students.

“Rescinding, specifically about sexual violence or sexual misconduct, is sending such a negative message to students on campuses that these issues aren’t going to be addressed,” Sarcedo-Magruder said. “At Pierce, across the district, and across the state, there is an intention to continue to address Title IX issues the same way that we have been, rather than following guidance.”

Sarcedo-Magruder has worked in education and violence prevention, and has investigated Title IX issues.

According to the Pierce website, Title IX requires colleges that receive federal funding to implement policies that combat gender-based violence and harassment and respond to survivors’ needs, ensuring that students have equal access to education.

Director of the Student Health Center Beth Benne said that the implementation of Title IX changed the culture.

“It teaches about affirmative consent, bystander intervention, bystander awareness. It’s teaching people how to be proactive and help their friends and strangers that may be getting into a difficult situation,” Benne said.

Sarcedo-Magruder said Pierce College is prepared to address and handle Title IX issues when they arise. She said punishments can vary depending on the severity of incidents.

“With Title IX, you are looking at domestic violence, stalking, sexual assault, or sexual misconduct, which can be anything from inappropriate or unwanted touching, all the way through sexual assault,” Sarcedo-Magruder said. “Disciplinary action can be fairly minor, like probation. For things that are more severe, like sexual assault, it would be expulsion.”

According to Sarcedo-Magruder, Pierce becomes involved if it has jurisdiction, meaning that the incident happened on campus or at a school-sponsored event.

Though Title IX is an unfunded mandate, Sarcedo-Magruder said that there isn’t direct money for these issues.

“They have personnel. The Student Health Center has been doing some great programming, and there is stuff happening on campus,” Sarcedo-Magruder said. “The part of Title IX that is related to finances is typically in athletic funding. Then you have the prevention and education programs, which typically comes out of the pockets around campus.”

Benne said, as a Pierce employee, she was sent mandatory online training relating to Title IX. She said it is important to learn because it teaches how to be more than a bystander.

“I think that students will be sent something similar, soon,” Benne said.

In addition to online training, Pierce College is bringing awareness to dangerous situations with its bystander awareness program B.R.A.V.E, which stands for Brahmas Responding with Actions and Voices through Empowerment.

According to Sarcedo-Magruder, the B.R.A.V.E. program is a project that Pierce will continue and grow on campus.

“One of the things that they taught was noticing all these social cues and these minute interactions between people,” Lopez said.

According to Efren, the B.R.A.V.E. program is all about intervention and making sure that dangerous situations don’t escalate

“It is educating students to assist other students or disrupt patterns of behavior that are problematic,” Sarcedo-Magruder said. “That is a project that we are going to continue on our campus. I know that they are developing student leadership institutes and workshops so that this can be part of that certificate program.”