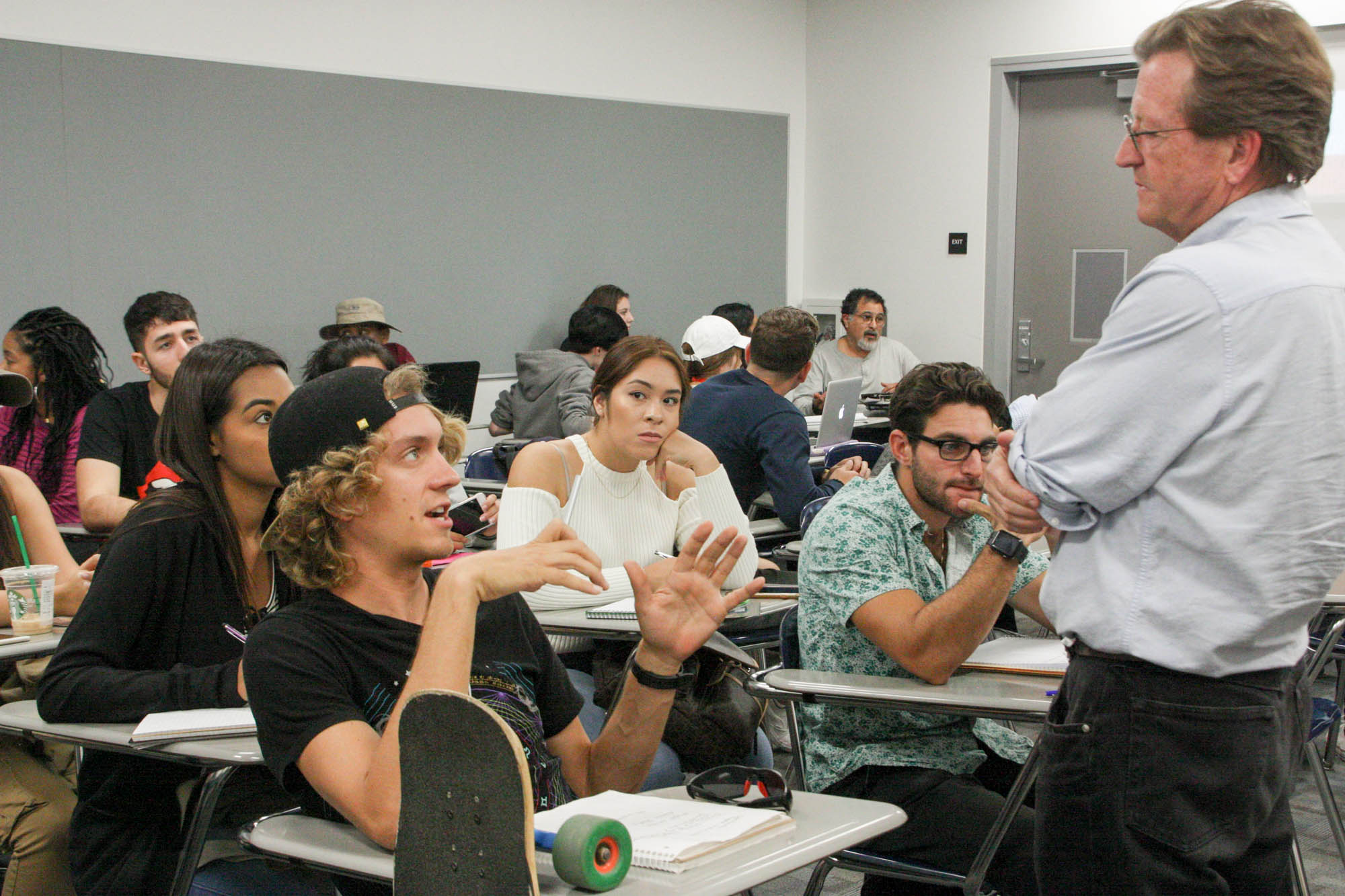 California’s future is up for debate at Day of Politics, giving Pierce College students a few hours to speak with State Senator Henry Stern and Assembly member Matt Dababneh.

Day of Politics is an interactive experience where students are exposed to a number of specific topics and are given the opportunity to debate different issues and ideas. The event will be on Thursday, Oct. 19, in the Great Hall from 10 a.m. to 2:30 p.m.

“We usually have 20 propositions on the ballot,” said associate professor of political science Denise Robb. “We can’t do all of them; that could be a week of politics. We pick the ones that students are most interested in and the most popular.”

UCLA transfer representatives will be live streaming the event.

“UCLA contacted me about wanting to co-host the event,” Robb said. “It’s a bit like an alliance. They want Pierce students to come to UCLA.”

Day of Politics is for all students and faculty interested in learning more about political sciences.

“Whether students realize it or not, they are influenced by politics and public policy,” said Political Science instructor Kassem Nabulsi. “Traffic lights, courses they have to take to graduate, daylight savings—it’s all controlled by government. They might as well learn about it, debate the issues and see other ideas.”

Tahmineh Dehbozorgi, the Chapter President of Young Americans for Liberty, wants all students to attend the event.

“Students are going to meet some of their representatives, and it’s really important to know who is representing us and what do they stand for,” Dehbozorgi said. “All of the political clubs on campus are participating and debating about different controversial issues that affect everyone’s lives.”

Day of Politics events are organized by Robb and co-sponsors the student organizations Alpha Gamma Sigma, the Political Science Society, ASO, Young Americans for Liberty, the College Democrats and Republicans and the Vegan Society.

“Day of Politics is an event where different clubs can reflect their positions and where students can learn and debate issues,” Nabulsi said.

Former City Council member and Mayor of Santa Monica Michael Feinstein will discuss proportional representation, money in politics and electoral reform. Feinstein is also a member of the Green Party.

“We don’t have too many third party leaders, so to have Feinstein coming is a big deal,” Robb said.

Common Cause, a nonpartisan grassroots organization, will discuss gerrymandering and corporate personhood.

Political clubs and societies on campus are hoping to motivate students to participate and even join their various clubs.

“We don’t want to alienate any students on campus. We want students to be free to express their ideas,” Nabulsi said.

YAL wants to bring awareness about constitutional rights and liberty, such as free speech, and welcomes all students.

“Our goal is to cast the leaders of tomorrow and reclaim the policies, candidates and direction of our government,” Dehbozorgi said. “We welcome classical liberals, libertarians, conservatives and anyone else that believes in liberty and the natural rights of life, liberty, and property.”

To view a video of the Day of Politics, click here.