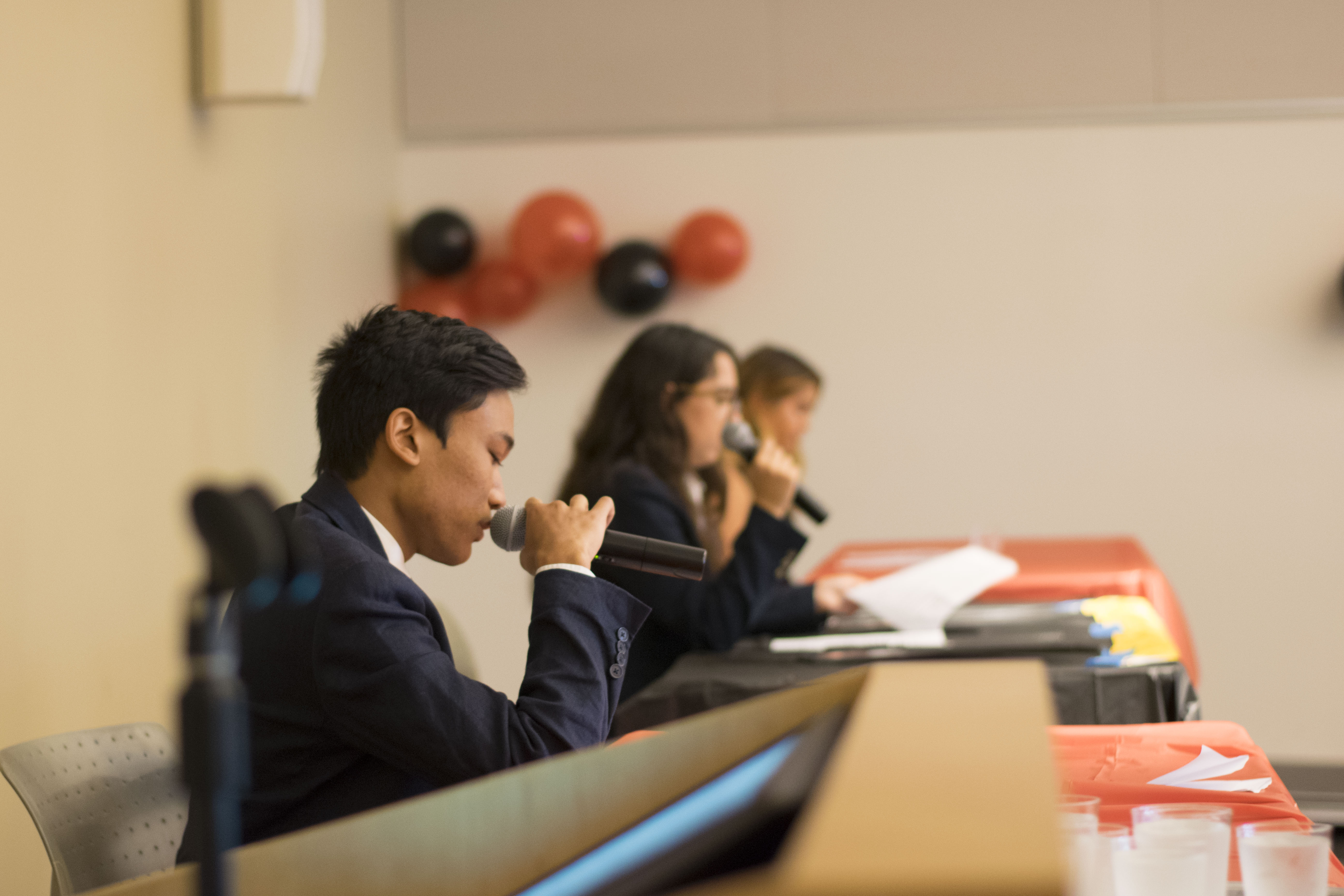 The future of California was up for debate at the Day of Politics where students, faculty, and government officials discussed state and national issues that affect citizens.

Host Denise Robb said she was happy with the turnout.

“This is the most politically active I have seen students being on this campus,” Robb said. “It is unbelievable.”

The theme for this semester was California’s future. Events included: student debates on issues involving the government’s role in healthcare, the increase of refugees and the travel ban, and what to do about gun control and gun rights.

Sen. Henry Stern, who attended and hosted a Q&A session, said he enjoyed the Day of Politics and advised California citizens to become politically active.

“I am really excited about a day of politic,” Stern said. “ Politics is a really compelling and attractive platform. What we are building in this state is a really good engine for good. You can get involved and help us make our community better.”

Day of Politics was organized by the ASO, UCLA Government Relations, the Political Science Society, the Alpha Gamma Sigma Honors Society, the Vegan Society, and the Pierce College Republicans, Democrats, and the Young Americans For Liberty.

The three main events were: “Our Situation with our Southern Border,” “Money in Politics and Electoral Reform,” and a Q&A session with Stern.

UCLA representatives were at the event to encourage students to transfer to the school. And a table was set up to register students to vote. The Young Americans for Liberty also passed around a survey that would help determine one’s political philosophy.

Assemblymember Matt Dababneh introduced the student debates at the beginning of the event. Debaters from the Pierce College Democrats, Republicans, and the Young Americans for Liberty went on stage to voice their opinions.

Each student from their respective group expressed how they felt about healthcare, the travel ban, gun rights, and the potential border wall.

During the “Money in Politics and Electoral Reform” portion, Sylvia Moore and Dan Vicuna of Common Cause and former mayor of Santa Monica Michael Feinstein spoke. Topics involved gerrymandering, money and its effects on the political spectrum, and current government issues that affect California. During the second half, the audience was allowed to ask questions.

Jon Christensen, an adjunct assistant professor at UCLA, introduced Stern’s Q&A segment. Christensen asked questions prepared by UCLA and Pierce students. Issues discussed included: environmental changes in California, what California can do to support DACA, and sanctuary cities and what the state is able to do about them. A topic that appeared to interest the audience the most was how California is standing up to the federal government.

Dababneh said he was glad that Pierce was having the Day of Politics event, and wanted everyone attending to know that politics is an important part of daily life.

“Politics, when you really come down to it, is for the greater good of helping someone. You need to be passionate and know that everyday you are going to have an opportunity to help someone,” Dababneh said.